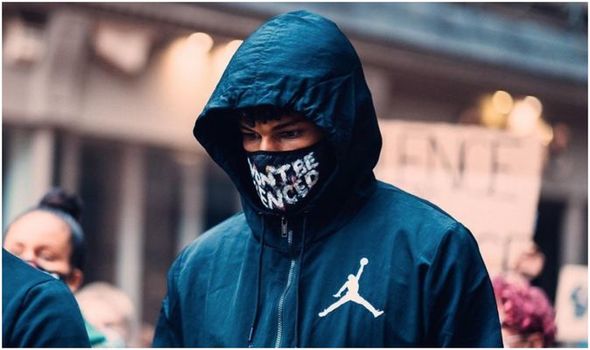 Tyrone Mings will escape punishment from the Premier League despite a draconian set of new punishments set to clamp down on coronavirus offences.

“I make no apologies for standing up for what I believe in,” the England international wrote on social media.

“Nothing but energy and passion today. Won’t be silenced.”

As part of the Project Restart proposals agreed with clubs and players, the Premier League have the right of imposing fines of up to £25,000 for those breaking any of the guidelines.

A more serious breach could lead to a full commission with unlimited powers including a points deduction.

However, a spokesman clarified on Sunday that the rules only apply to behaviour in the football environment – training grounds and on match days.

Clubs meet on Thursday to go through more of the regulations that will need to be in place before the season resumes on June 17 – a process buoyed by the absence of any positive tests in the latest round conducted over the weekend.

Aston Villa will kick off the Premier League restart when they host Sheffield United.