Former chief executive Mark Palios thinks the Football Association will see the ‘Project Big Picture’ proposals as a ‘land grab’ by the bigger clubs – and ‘not in the best interests of the professional game in this country’.

The proposals – drawn up by Liverpool’s owners and backed by Manchester United – were revealed on Sunday and would change the voting structure of the Premier League as well as funding models for the English Football League and the FA.

The proposed changes would put the majority of the power into the hands of the biggest clubs, ending the Premier League’s current one-club, one-vote system.

However, the proposal also includes payments of £250m up front to the EFL, and £100m to the FA, which would help both organisations hugely when it comes to dealing with the enormous financial difficulties caused by the coronavirus pandemic.

The FA have yet to release an official response but Palios – who was FA chief executive between 2003-04 – told Sky Sports News: “I think where the FA are, is that you should be careful what you wish for.

“I think that is why the FA has not been that prominent in the way the professional game has been handling the pandemic generally – so I think that is almost structural now, as to how people see the role of the FA.

“I don’t know what their financial circumstances are but I think, if they stand back and look at this, they will probably have a similar view to, I think, a lot of the fans in the game, and they would see this as a land grab by the guys at the top of the game, which intuitively, I would see as not in the best interests of the professional game in this country.” 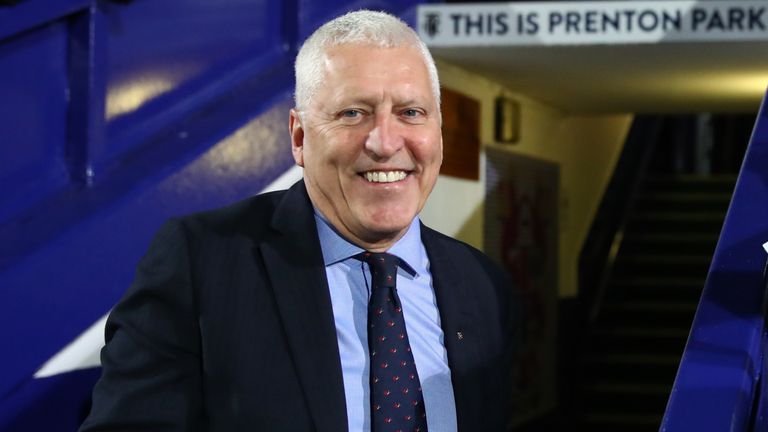 Palios, who is currently chairman of League Two Tranmere, also suggested adoption of the proposals could have damaging consequences in the future.

He said: “Football is a sport which requires intervention.

“Any sports administrator has, as a principal goal, to re-invent competition every season.

“If you just let the free market run riot, then what you will find is – what do businesses do in a free market?

“They kill off their competition.

“I think that is the dangerous thing and, one of the by-products of this, is you will fracture the pyramid.”

We have seen media reports today [Sunday] regarding a plan to restructure football in this country.

English football is the world’s most watched, and has a vibrant, dynamic and competitive league structure that drives interest around the globe. To maintain this position, it is important that we all work together. Both the Premier League and The FA support a wide-ranging discussion on the future of the game, including its competition structures, calendar and overall financing particularly in light of the effects of COVID-19.

Football has many stakeholders, therefore this work should be carried out through the proper channels enabling all clubs and stakeholders the opportunity to contribute.

In the Premier League’s view, a number of the individual proposals in the plan published today could have a damaging impact on the whole game and we are disappointed to see that Rick Parry, Chair of the EFL, has given his on-the-record support.

The Premier League has been working in good faith with its clubs and the EFL to seek a resolution to the requirement for COVID-19 rescue funding. This work will continue.

The Department for Digital, Culture, Media and Sport released a statement on Sunday criticising the proposals, and accusing the Premier League’s biggest sides of trying to create a “closed shop”.

The statement read: “We are surprised and disappointed that at a time of crisis when we have urged the top tiers of professional football to come together and finalise a deal to help lower league clubs, there appear to be backroom deals being cooked up that would create a closed shop at the very top of the game.

“Sustainability, integrity and fair competition are absolutely paramount and anything that may undermine them is deeply troubling. Fans must be front of all our minds, and this shows why our fan-led review of football governance will be so critical.”

Parry hit back at the DCMS, saying: “There is no backdoor – these proposals are entirely transparent. The [DCMS] haven’t seen them yet, so what they’re commenting on, I can only speculate.

“Maybe they should have come up with a more measured view. We will take the time to explain the proposals and I have every confidence that, when they see them, they will actually see the merits. Rushing out ill-considered statements, I don’t think is terribly helpful.”