Christian Pulisic ‘can have a brilliant career’ but he won’t reach the level of Eden Hazard, believes Jamie Carragher.

It was Pulisic who scored Chelsea’s crucial away goal on Tuesday night away to Real Madrid in the first leg of their Champions League semi-final.

Carragher admitted he is a ‘big fan’ of the American but believes comparisons between Hazard and Pulisic overlook just how good the Belgian was in England. 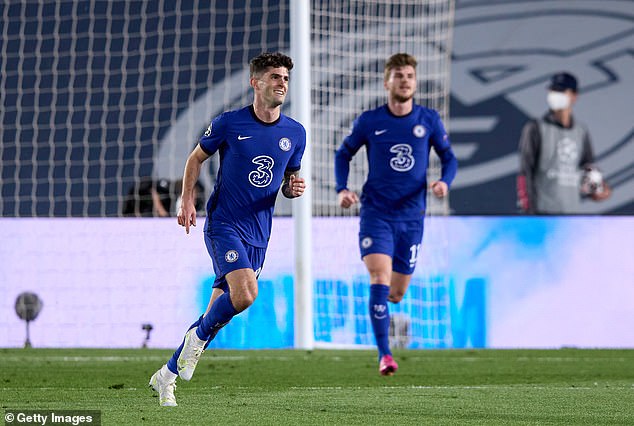 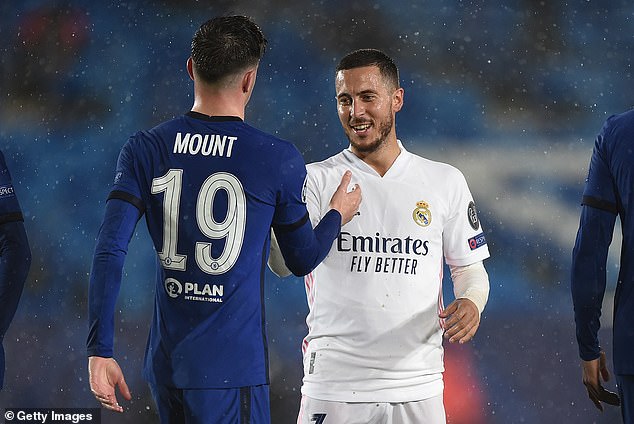 ‘I’m a big fan (of Pulisic) but I don’t think he’ll get to the level of Eden Hazard… apologies, he won’t,’ Carragher told CBS Sports on Tuesday following the sides’ 1-1 draw in Madrid.

‘This is not me knocking Pulisic – it might look that on social media after the show from certain people! – but I think we forget how good Hazard was. 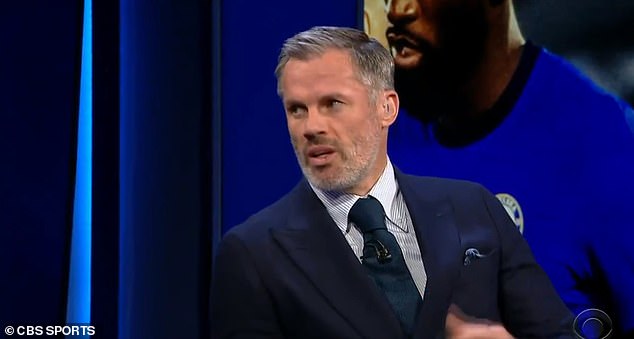 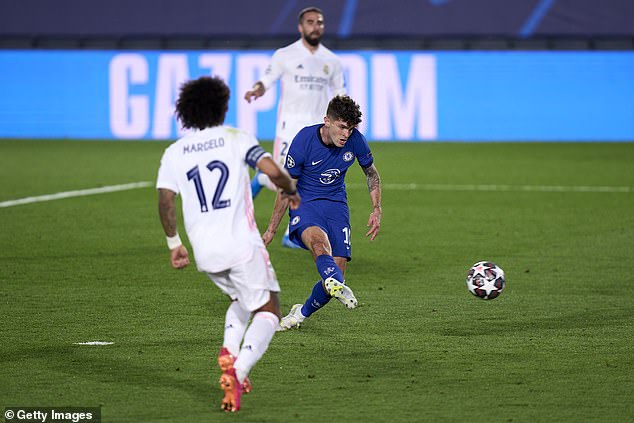 ‘He was my favourite player in the Premier League and for Pulisic to get there and to light up a major tournament for the US will be difficult.

‘Yes, I think he can have a brilliant career and he has a lot of potential but I don’t see him getting to that level.’

Micah Richards, Carragher’s colleague on CBS, disagreed and said he feels Pulisic can go on to match Hazard’s levels.

‘He’s a big game player and it is just about keeping him fit,’ Richards added.

‘The manager clearly trusts him and I think he can be as good as Eden Hazard, that’s how much I believe in his ability.’

The American arrived at Chelsea from Borussia Dortmund as a replacement for Real Madrid-bound Hazard – but he has always pushed back on suggestions he has matched his rival’s level. 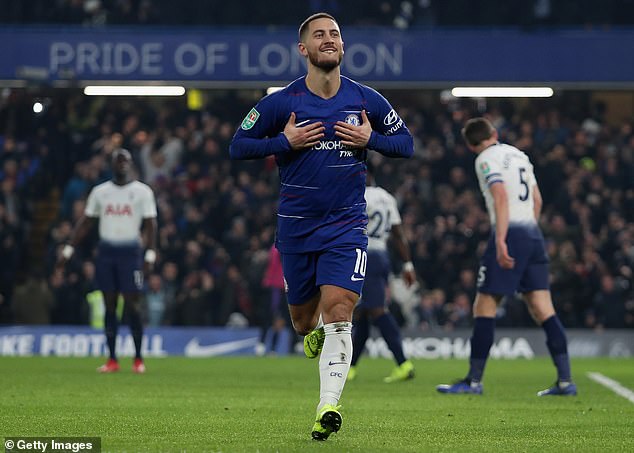 Speaking before Tuesday’s first leg, Pulisic said on the comparisons: ‘I definitely looked up to him. I am not comparing myself to him in any way or trying to be like him.

‘I am my own player, doing my best for this club.

‘Obviously, he was a massive player for this club and obviously it is an honour to hear comparisons like that, but I still have a way to go.’

Pulisic was the star for Chelsea in Madrid, his influence so effective it said it all when it emerged he had been fouled six times, a joint-record in a semi-final in the last decade.

His goal, while it was cancelled out by Karim Benzema’s close range volley, feels significant for Chelsea ahead of next week’s decisive second leg at Stamford Bridge.