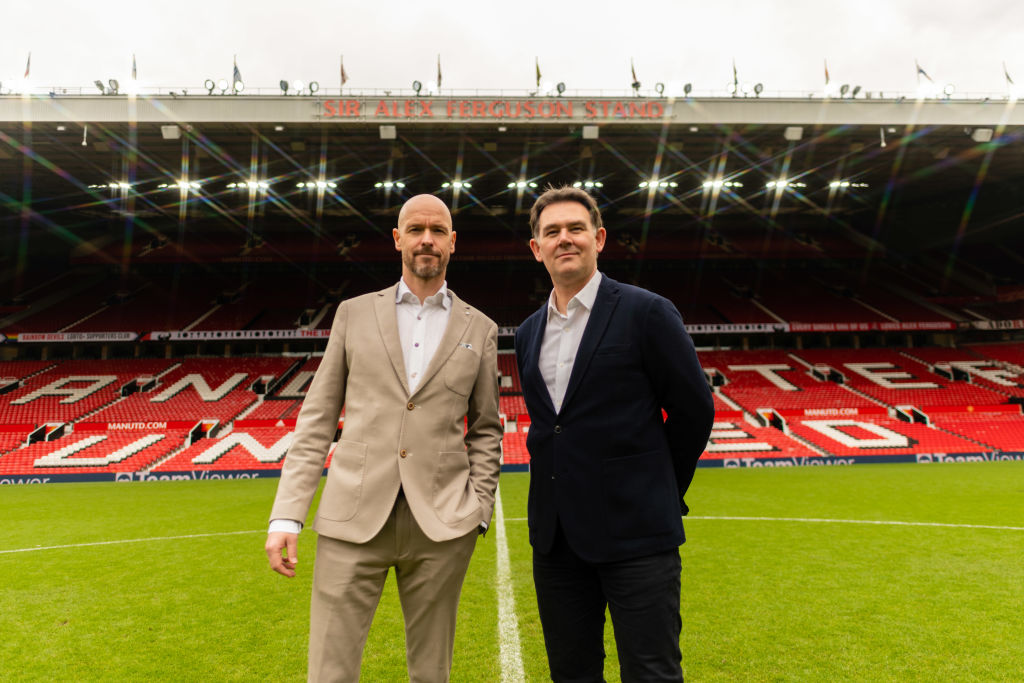 There are beginning to be some murmurs of discontent around Manchester United concerning football director John Murtough after a disappointing window so far, according to reports.

Speaking last season, interim boss Ralf Rangnick claimed the Red Devils may require as many as 10 new signings this summer to compensate for a host of high-profile departures and to replenish the squad.

None of those positions would have been considered major weaknesses going into the summer, while positions of concern – such as a midfielder, right winger, forward and right-back – have not been addressed.

United had hoped to secure an ambitious move for Barcelona’s Frenkie de Jong but the Dutchman does not want to leave Camp Nou, meaning the Red Devils have now switched attention to Juventus midfielder Adrien Rabiot instead.

Their hopes of landing winger Antony were torpedoed by Ajax’s enormous asking price, while their scramble to find cover and competition up top briefly saw them consider a move for 33-year-old Bologna frontman Marko Arnautovic.

United’s approach in the transfer market is looking increasingly more chaotic as the deadline approaches and, according to The Telegraph, that is prompting questions to be asked of Murtough.

After initially serving as United’s head of club development, Murtough was promoted to football director – essentially sporting director – and tasked with overseeing the club’s recruitment and transfer strategy.

But such a disorganised and directionless window has reportedly led to ‘murmurings’ that he is not up to the role.

Rangnick was believed to be shocked by the state of United’s recruitment team and approach to scouting when he arrived at the club, and was particularly astonished when he discovered the club had not compiled any reports on RB Leipzig’s Christopher Nkunku – one of the most promising and exciting players in Europe.

According to The Telegraph’s report, there are also concerns that Murtough has ceded too much control to Ten Hag, with the Dutch coach having a huge say over targets.

That has seen him rely heavily on players he already knows: he faced Malacia when the full-back was at Feyenoord, Martinez played under him at Ajax and Eriksen is another graduate from the Amsterdam academy and returned to the club while Ten Hag was still in charge last year when he was building up fitness.

Likewise, he tried to sign his old Ajax charges Jurrien Timber and Antony, while De Jong also played under his compatriot before leaving for Barcelona, and even Arnautovic was a player he knew from his time as a coach at FC Twente.

United legend Gary Neville has already questioned his old club’s approach this summer, telling Sky Sports: ‘You’ve got to be concerned about every element of the recruitment. Their reliance on the Dutch league means the recruitment of the 50 or 60 people they’ve got working in that department is not being trusted by the manager because he wants those players he knows from Holland.

‘Holland has not always been the most precise market for the Premier League. There have been good players that have come from Holland but it’s not the market that has the biggest hit rate so I am concerned about that.

‘But generally there is a bit of despair just at the fact that the coach – who is an outstanding coach – has not been given the tools that he needs at the start of the season so he can start with a new, revitalised squad.’