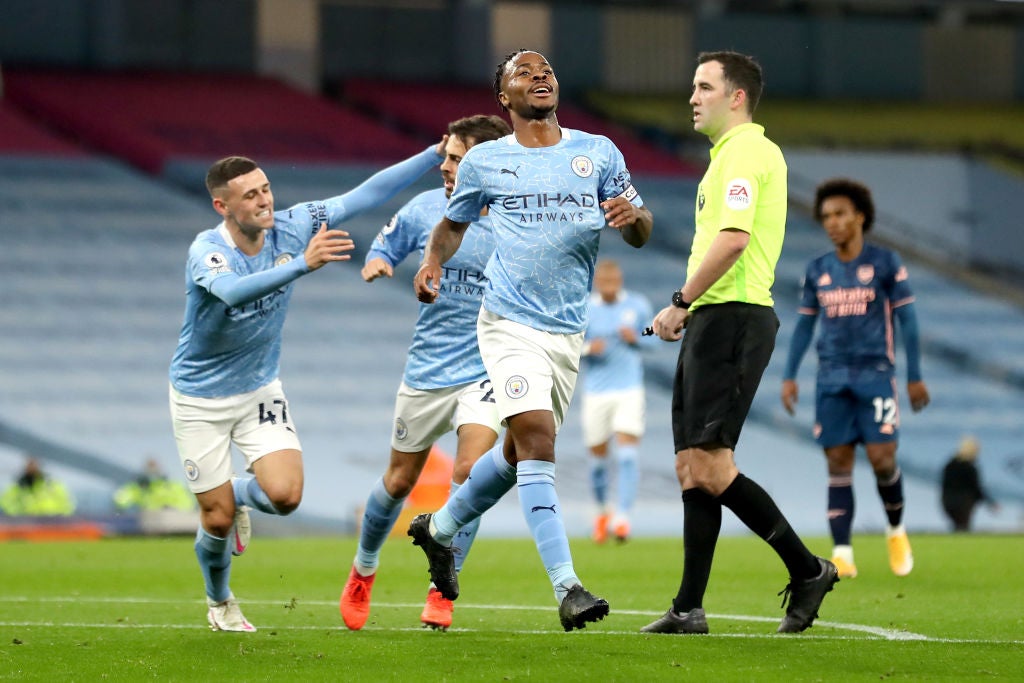 Nevertheless, City could be grateful for the excellence of Ederson; after conceding five times to Leicester in his previous home game, he made restoratively brilliant saves from Bukayo Saka and Pierre-Emerick Aubameyang, who had set up the teenager’s chance. The captain almost had an assist and a goal in the space of two minutes. Saka, though, was terrific, a prodigy who seems to rise to every occasion. Ruben Dias got booked for a rather agricultural challenge on the teenager.

But the Portuguese could at least enjoy the reality of a clean sheet for a rejigged rearguard. Fellow travellers in so much, Guardiola and Arteta both had to redraw their defensive plans. Plans had to be redrawn. Kieran Tierney came out of self-isolation to start, Rob Holding was ruled out after the warm-up and David Luiz, initially a substitute, started at the ground where he produced his most embarrassing Arsenal performance in June. He hinted at a sequel when he almost diverted Joao Cancelo’s cross into his own net. Arsenal nevertheless defended far better than then, even if they lacked the counter-attacking menace they showed when beating City at Wembley.

Thomas Partey’s Arsenal debut was a seven-minute affair, far too short to be conclusive. The more damning statistic is that only Hector Bellerin of his team-mates at the Etihad has claimed three points away in a Gunners shirt at any of their big-six peers. For Arsenal, back in Manchester in November, it represents the next barometer of improvement.