Raheem Sterling is happy at Manchester City despite transfer interest from Real Madrid, according to reports. The England international hasn’t always been a regular under Pep Guardiola this season. But it seems like he won’t be swapping the Etihad Stadium for the Bernabeu come the end of the campaign.

Sterling has struggled to reach the same lofty heights as last season so far this term.

The 26-year-old bagged 20 goals last term but has managed nine in the Premier League by comparison, albeit registering five more assists along the way.

With Sterling no longer starting every game for City, the Daily Star say Real Madrid are keen to snap him up.

The La Liga giants have long admired the winger, with interest dating back to his time at Liverpool.

Real think they’re in with a shot at signing Sterling because of the fact talks over a new City contract have been shelved until the summer.

But the report insists Sterling is still happy at the Etihad Stadium regardless and is hoping to extend his deal once the European Championships are over. 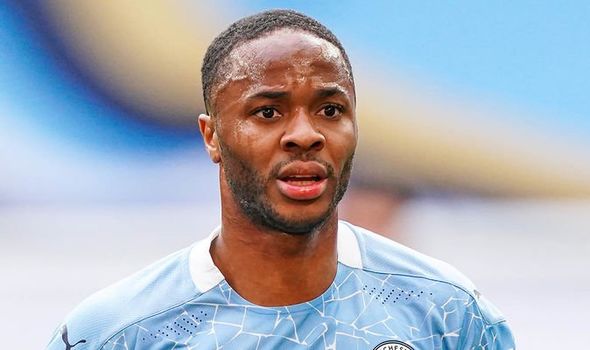 It’s claimed City would want at least £80million to cash in on their prized asset.

And what ultimately happens remains to be seen, with the former Liverpool star likely to want regular first-team football.

Real Madrid have raided the Premier League for some big names over the years.

David Beckham, Ruud van Nistelrooy and Cristiano Ronaldo all left Manchester United for the Bernabeu earlier in their careers and when Sir Alex Ferguson ruled the Old Trafford roost. 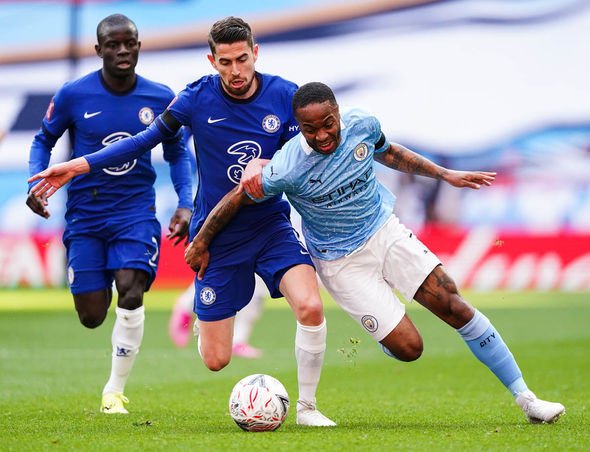 And Tottenham heroes Luka Modric and Gareth Bale were both enticed to La Liga by Florentino Perez, too.

Meanwhile, speaking recently, former Newcastle striker Alan Shearer suggested a feud between Sterling and Guardiola was behind his sudden demotion to the bench.

“When you’re not hitting the heights in this Man City team you’ve got other players to come in and do the job.

“There was an interview that Pep did after the Southampton game, and I think it was perhaps aimed at Raheem where he was saying because he’s got most of his players fit, if you’re not going to be at it and you’re not happy then there’s not going to be a place for you in that team. 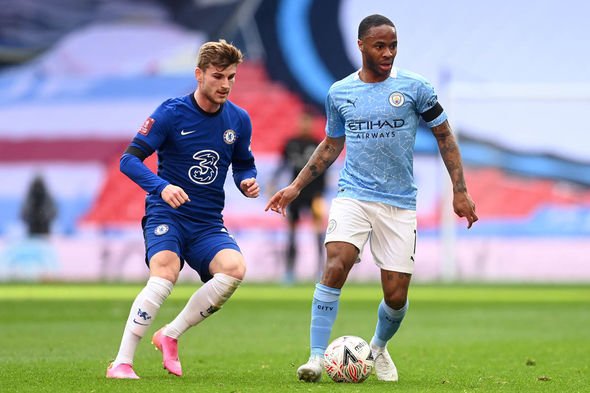 “Maybe something was said in the dressing room, Raheem has said something to him. But he’s got to work hard, he’s got to earn his chance.

“It’s a huge challenge for him and that’s what happens at that football club.”

Guardiola said before City’s FA Cup defeat to Chelsea that he still trusted Sterling, despite his current struggles.

He said: “The trust with Raheem is intact. It is the same as when we arrived here.

“[The only reason] why he has played less is because there is Gabriel [Jesus] sometimes or especially Phil or Riyad and they are at a top level, scoring goals and being decisive in the final third. 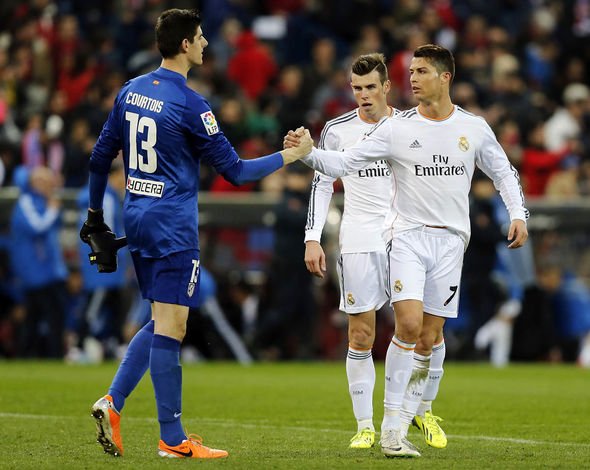 “Because the quality is there. I cannot give the players confidence. They have to have it for themselves, but ‘Rash’ has a lot of experience.”

Sterling has been at City ever since signing from Liverpool in 2015.

He’s won the Premier League twice during that time, as well as the Carabao Cup on three separate occasions.

And he’ll be looking to win the Champions League this term to complete the set, with City due to face Paris Saint-Germain in the semi-finals of the competition.

One year since football collapsed and Covid changed the scene forever