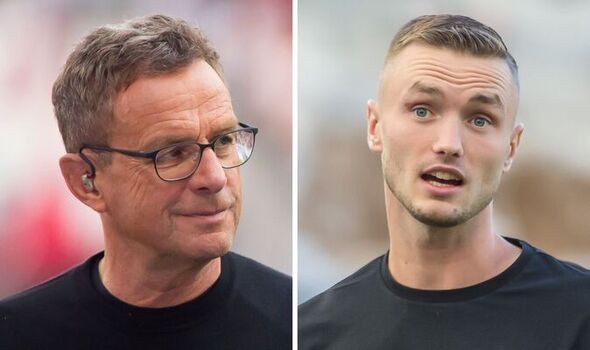 Former Manchester United interim boss Ralf Rangnick does not believe a transfer is essential this summer for his Austria national team striker Sasa Kalajdzic amid links to Old Trafford. The Stuttgart frontman has made his way onto United’s shortlist and a £20million move is believed to be under consideration.

United had been targeting another Austrian attacker in Marko Arnautovic before deciding to pull the plug on the deal due to fierce backlash from supporters.

Now Kalajdzic is in United’s crosshairs but in the view of Rangnick, staying at Stuttgart would not be the worst outcome for the target man this summer as he will be playing regular football.

Rangnick said: “It is important that Sasa remains injury-free this season and trains and plays at the highest possible level.

“If he stays in Stuttgart this season it won’t be detrimental to his development.” 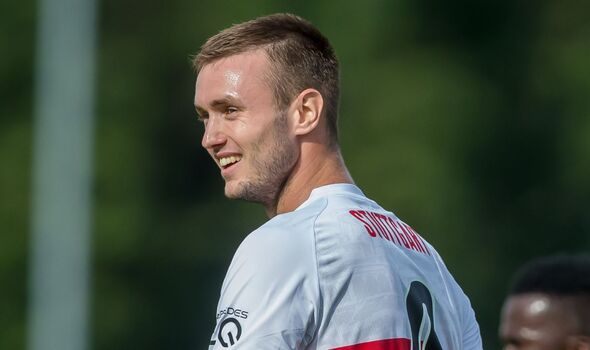 During his brief stint a consultancy role at United, Rangnick is believed to have earmarked a number of Austrian players as potential transfer markets.

The former RB Leipzig boss has since departed Old Trafford to take up a new role in charge of the Austria national team and Kalajdzic is central to his plans moving forward.

United’s scattergun approach to the market has seen a whole host of names linked with potential moves to Old Trafford but thus far, they are yet to make an offer of any kind for Kalajdzic.

They have opened talks with his agent Sascha Empacher though as they continue to monitor the forward’s situation.

Bayern Munich were initially the frontrunners to land the 6ft 7′ giant following the sale of Robert Lewandowski to Barcelona.

Yet the Bundesliga champions have since cooled their interest meaning United have a free run on the player should they wish to pursue a transfer.

Several other Premier League clubs including Brighton, Southampton and West Ham have also been linked with Kalajdzic this transfer window.

Stuttgart are willing to listen to offers in the region of £16m with the player now in the final year of his contract.

They are prepared to hand him a new, improved deal but Kalajdzic has stalled on their offer.

Even if he does sign, a sale is still not being ruled out with the German club fully aware that Kalajdzic has aspirations of Champions League football.

United are also targeted Cody Gakpo while Alvaro Morata has reportedly been floated to the club through intermediaries.