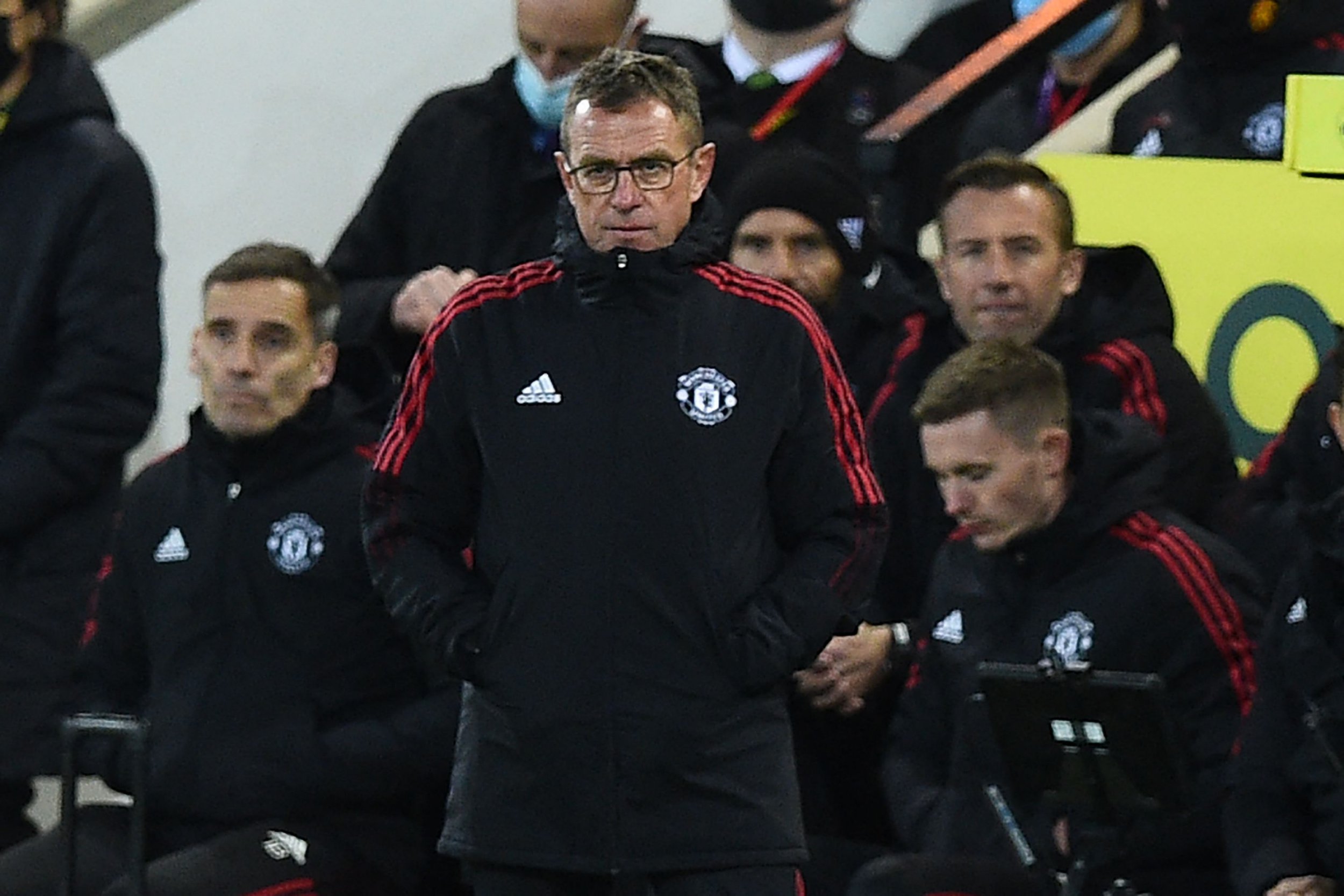 Ralf Rangnick believes the ‘physicality’ of his Manchester United players was a ‘major issue’ in their 1-0 victory over Norwich City on Saturday.

United have now registered three straight wins in the Premier League but found it tough going at Carrow Road and required another excellent performance from David De Gea to come away with a clean sheet.

Cristiano Ronaldo’s penalty with 15 minutes remaining sealed the win for United, who struggled to create clear-cut chances throughout the match.

And Rangnick admits he told his players to step up the ‘intensity’ after a sluggish first half.

‘It was a very intense game, very physical. They played well, they didn’t play like a bottom team. We had some problems in the first 15 minutes,’ Rangnick told Match of the Day.

‘From the start we controlled the game but didn’t always have the best possible solutions. Defensively we did well, tactically in the first half we didn’t allow them to have too many shots or chances.

‘At half time I told the boys we needed to increase the speed and intensity of the game. The second half was a little bit better but at the end we were lucky to have a clean sheet and there were two or three clean sheets by David De Gea.

‘It’s another clean sheet but still a lot of work to do.

‘The second half I was not at all happy with the amount of corners that we gave away, but we got the three points.

‘We have conceded the highest amount of goals in the top ten. Now we have two clean sheets which is good but we still need to improve on that away, especially against physical teams or teams that attack high like Norwich did.

‘It’s also a question of body language and physicality and this was one of the major issues that we could have done better.’

Who has most to fear from Cristiano Ronaldo's return?

The top 10 free agents YOUR club could sign this summer