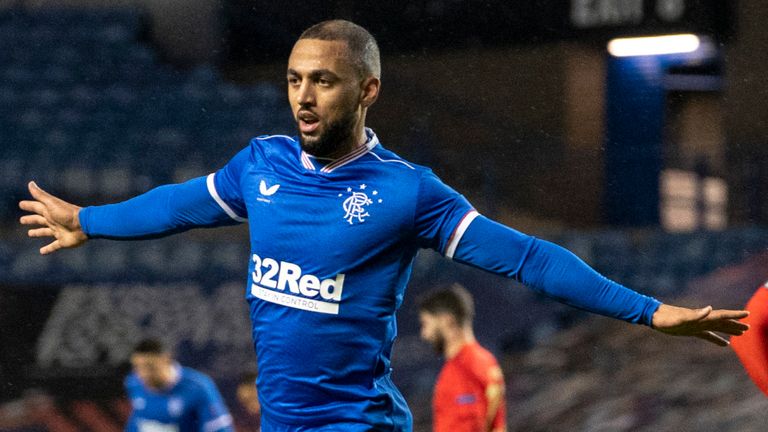 Rangers threw away a two-goal lead in the second half to draw 2-2 with Benfica at Ibrox, but still sit in a good position to qualify from Europa League Group D.

Rangers needed to beat Benfica and hope Lech Poznan lost at Standard Liege to progress, and Scott Arfield made it a perfect start for Steven Gerrard’s side, finishing a rebound from 10 yards after Kemar Roofe had a header saved and James Tavernier had hit the crossbar (7).

Rangers soaked up Benfica pressure superbly and picked their moments to attack; Roofe added a brilliant second, striking into the top corner from the edge of the box having spent the majority of the game living off scraps and attempting holding the ball up (69).

But the hosts fell apart in the space of three minutes as Tavernier’s scrappy own goal (77) and Pizzi’s sweeping strike (81) brought Benfica level, their first two efforts on target.

Standard Liege’s last-gasp 2-1 win over Lech Poznan, though, means Rangers are still in control of qualification from Group D, sitting top and five points clear of Poznan in third with two games remaining.

Man of the match: Kemar Roofe

Rangers fancied their chances against a depleted Benfica side, who were missing eight first-teamers due to a mixture of Covid-19, injury and suspension, and took the lead in just the seventh minute.

After Roofe’s header was well saved by Helton Leite, Tavernier leapt up for the rebound, only to see his own header hit the crossbar, but Arfield was then on hand to slam the second rebound home. 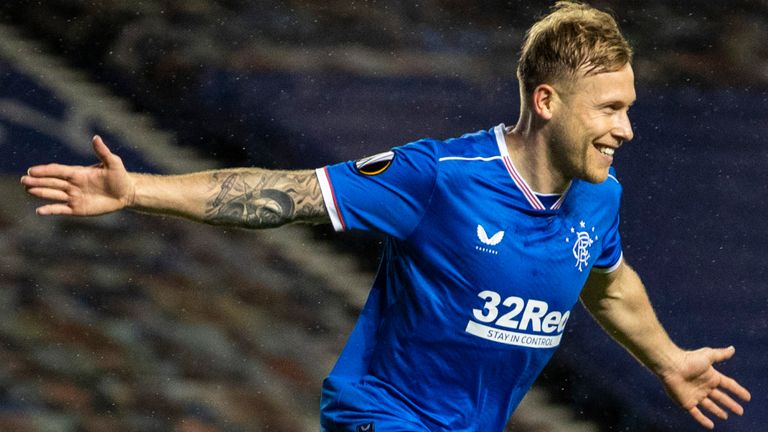 Rangers’ gameplan thereon was clear and effective; Roofe and Alfredo Morelos held the ball up superbly, while Ryan Kent was doing the dirty work without the ball as a solid blue wall restricted Benfica to half chances in the first half.

Rafa Silva came closest, turning Leon Balogun brilliantly in the box, but his effort at an acute angle was blocked well by the recovering Rangers defender.

Rangers did superbly to restrict Benfica, who waited 78 minutes for their first shot on goal, and the hosts believed they should have had a penalty when Jan Vertonghen handled Roofe’s cross, but there was no VAR to review the shout.

“It’s a penalty,” Gerrard told BT Sport after the game. “It needs looking at because I can see it and I’m further away from the official. It’s a clear penalty for all to see.” 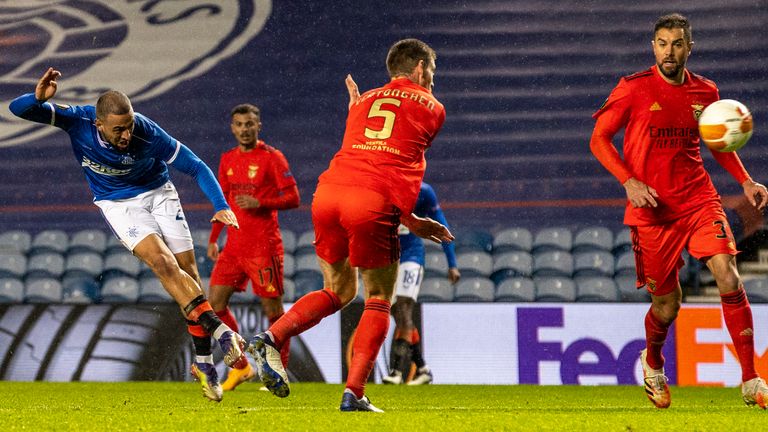 It looked as if that decision did not matter as Roofe’s sweetly-struck effort from 20 yards flew past Leite and into the top-left corner to put Rangers fully in control.

But as they did in Lisbon, Rangers crumbled. First, with their first shot on target, sub Goncalo Ramos poked Luca Waldschmidt’s mis-hit goalwards, before the ball hit Allan McGregor then Tavernier before falling over the line.

Rangers made two changes from the thumping 4-0 win over Aberdeen at the weekend; Ryan Jack was injured, meaning Steven Davis came in to replace him, while Joe Aribo was replaced by Glen Kamara.

Benfica had eight first teamers out due to covid, injury and suspension, but started a familiar name in central defence; former Spurs man Jan Vertonghen.

Morelos’ long-range effort was then saved by Leita before looping up and hitting the bar, but at the other end, sub Pizzi levelled for Benfica with a more legible effort, finding the top-right corner from 15 yards as Rangers failed to clear. But in Belgium, Standard Liege softened the blow for Rangers with a last-gasp winner over Lech Poznan, meaning Rangers can qualify next week with a win over Liege, or a draw if Poznan do not beat Benfica.

“I’m obviously frustrated when you take a 2-0 lead and don’t win the game, but we’re playing against a top team, and shouldn’t be here, they should be in the Champions League. They’ll be disappointed they’re in the Europa League, they’ve spent a lot this summer. 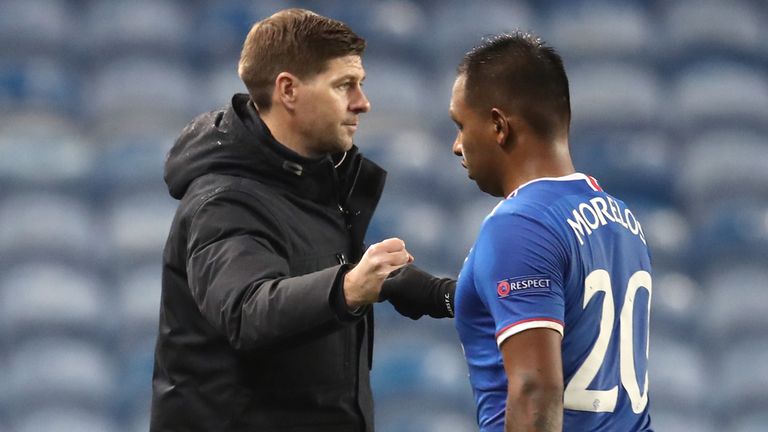 “They wear you down, and find areas where you’re fatigued, and make you pay. We’d have taken two points before a ball was kicked against this team, so I’m proud of the players. I can’t ask for any more from my players over both games.

“I think it was a fair result once the emotion settles on both sides.”

Rangers now go to Falkirk in the Scottish League Cup on Sunday at 5pm, before hosting Standard Liege in the Europa League on Thursday December 3 at 8pm.