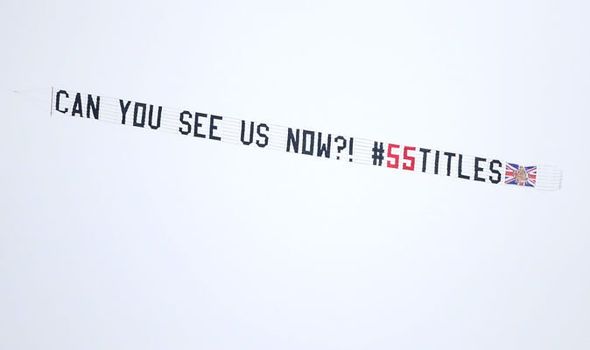 During the early stages of the first half, a plane could be heard flying over the stadium during Sky Sports’ live broadcast of the match.

Cameras eventually cut to the plane flying overhead, and a banner could be seen trailing it that read: “Can you see us now?! 55 titles.”

Rangers will win the league today if Celtic do not beat Dundee United, but will have the chance to clinch their 55th championship triumph at Celtic Park against their bitter rivals on March 21 if the Hoops do claim all three points.

Steven Gerrard’s unbeaten Light Blues moved 21 points clear at the summit on Saturday with a 3-0 win over St Mirren at Ibrox. 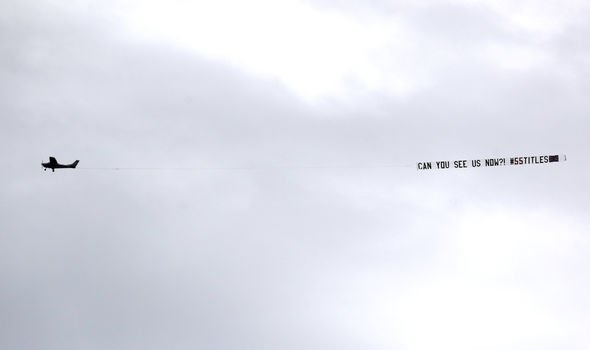 Thousands of fans gathered outside the stadium pre-match to toast their impending success with players running to a corner of the ground to celebrate with those still outside at the gates after the full-time whistle.

Footage also showed Gerrard and Alfredo Morelos celebrating with supporters out of the windows of the dressing room.

It will be the Gers’ first top-flight title since 2010-11 and denies Celtic the unprecedented feat of winning 10 in a row.

And Gerrard said after beating St Mirren: “I don’t think while I’m representing this club there will ever be a bigger three points, is the reality. 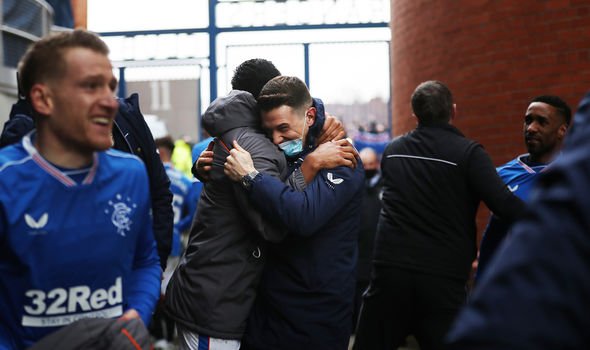 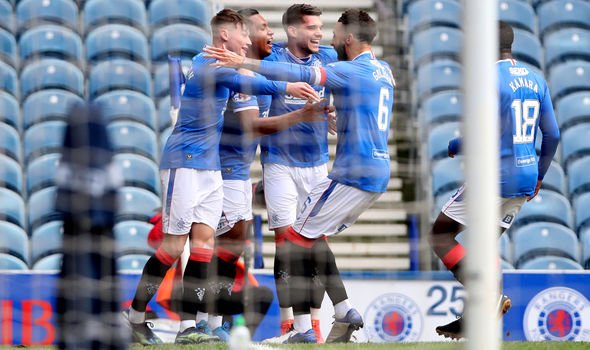 “It’s been an emotional day, obviously arriving here and seeing the scenes. It was an incredible feeling.

“I’m lost for words in terms of how I want to describe my team. I’ve been here for three years and they took me on one hell of a journey.

“It hasn’t always been up and up, but I have nothing but plaudits to give my players.

“I thought they played today with maturity, with control, with style and I think we scored three incredible goals.

“We’ve made this place a fortress this year in terms of the league and the players are obviously on a real big high in there and rightly so.”