Demand to see Steven Gerrard’s team back in action after a year of closed-door clashes is soaring on the back of a 55th Scottish championship with more than 44,000 fans securing season tickets ahead of next term’s title defence.

Now vice-chairman John Bennett has revealed the club are looking into ways to top up the 51,082 seats Ibrox can currently hold. 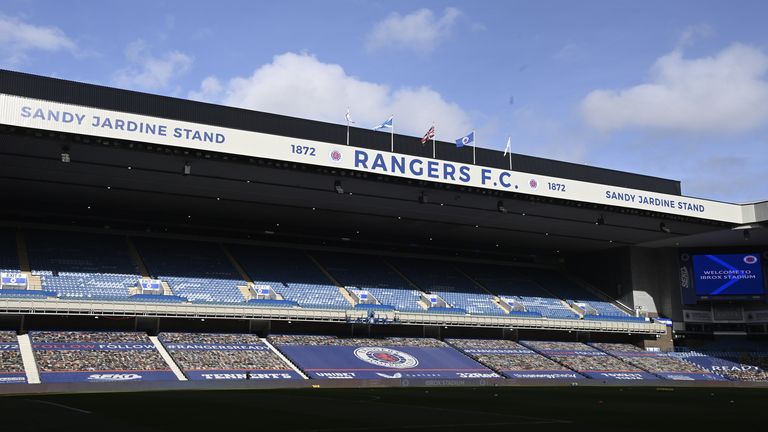 The preferred initial plan would see extra seating installed in front of the Argyle House hospitality suite at the back of the Sandy Jardine Stand.

The club have already invested in a new museum project at the Edmiston House site next door to the stadium, which will open next year as part of Rangers’ 150th-anniversary celebrations.

💙 As a supporter, you can be part of it with the Edmiston House Supporter Package.

But Bennett believes a longer-lasting legacy would be allowing more supporters to see their team each week.

Asked if there were plans to increase the capacity of the ground, Bennett told the Louden Tavern podcast: “Yes there are. The most immediate one is something around Argyle House which will involve extra seating.

“There are longer-term plans that might be able to add more seating but I’m going to describe that as ‘mid-term’ as we want to do Edmiston House, we want to get that museum up and running.

“I’m a real backer of the museum, I do think this is a real legacy moment for the club.

“We’re making this bridge from a recovery phase to a growth phase.

“When you see us putting in some new, premium seating and ally that with Edmiston House, the museum, I think you can see then that this club is putting the dark years behind us.

“It won’t be in one year’s time but I don’t think it’s as far away as five years’ time that you will see a bit more stadium expansion happening.”