Wolves striker Raul Jimenez’s goal celebration against Preston North End in the Carabao Cup on Tuesday night has already been coined as ‘celebration of the season’.

The forward made his first start of the season in the cup tie – after coming on as a substitute in Wolves’ 1-0 defeat to Tottenham Hotspur last weekend.

And the Mexico international fired Bruno Lage’s side ahead inside 10 minutes at Molineux as he turned in Rayan Ait Nouri’s cross. 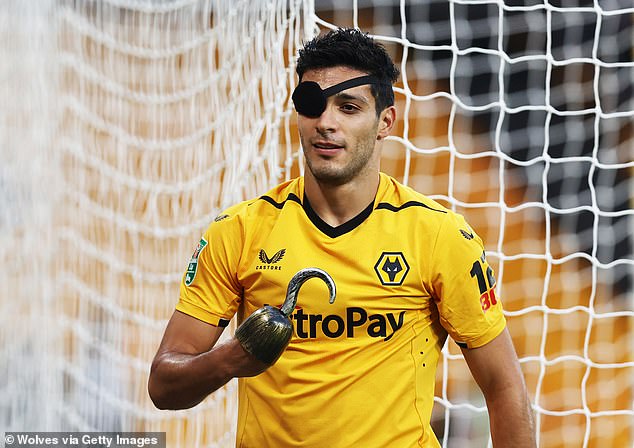 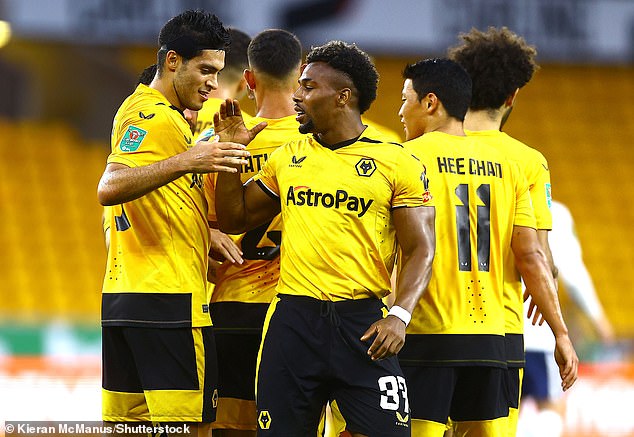 Jimenez then grabbed a hook from behind the goal, before putting on an eye patch on and posing as a pirate after his strike.

The celebration comes after the striker’s Wolves team-mates had given him the nickname ‘The Pirate’ after claiming that his protective head cover made him look like he was one.

Jimenez had used the eye patch as a celebration for a goal that he scored in pre-season, but the addition of the hook was a step-up on Tuesday. 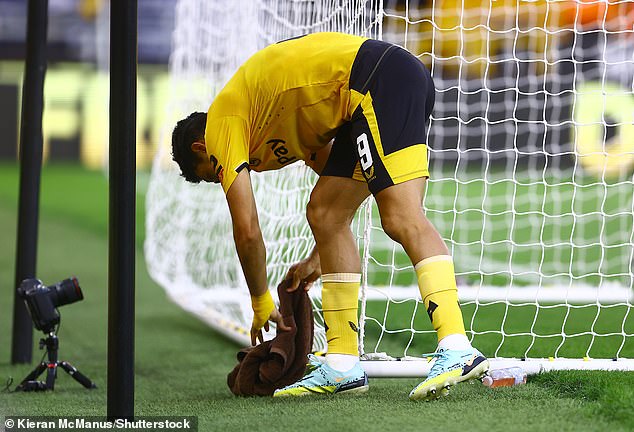 One fan took to social media to write that Jimenez’s pirate costume was a ‘class celebration from a class player’, while another account added ‘early contender for celebration of the season’.

The Wanderers have scored just one goal in their opening three Premier League games and fans will be hoping that they see the celebration from Jimenez a lot more over the season.

A fan took to Twitter to write ‘hopefully he does this again Saturday’, while one went as far as saying ‘he’s gonna have a parrot on his shoulder by Boxing Day.’

Elsewhere in the Carabao Cup, there was another contender for celebration of the night as Crawley Town’s Tom Nichols had fans in stitches following his goal.

The forward netted the opener in the Red Devils’ 2-0 win over Fulham, before pretending to pull up with a hamstring injury and proceeding to twerk.

Nichols was even voted the man of the match award for the clash at The People’s Pension Stadium and it remains to be see what celebration what celebration the forward has in store for the third round.