Reading’s hopes of securing a Championship play-off place suffered a jolt when they could manage only a 1-1 draw with QPR.

After an even if uninspiring first period at the Madejski Stadium, Rangers went in front on the stroke of half-time when Lyndon Dykes slotted in from close range.

Yakou Meite equalised 12 minutes after the interval and although Reading then pushed hard for the winner, they had to withstand late QPR pressure and settle for their first home league draw of the campaign.

Reading’s four-match unbeaten run had come came to an end with a 2-1 defeat at struggling Birmingham on Wednesday and they went into the game with only a two-point lead over seventh-placed Bournemouth, who were in FA Cup quarter-final action earlier in the day. 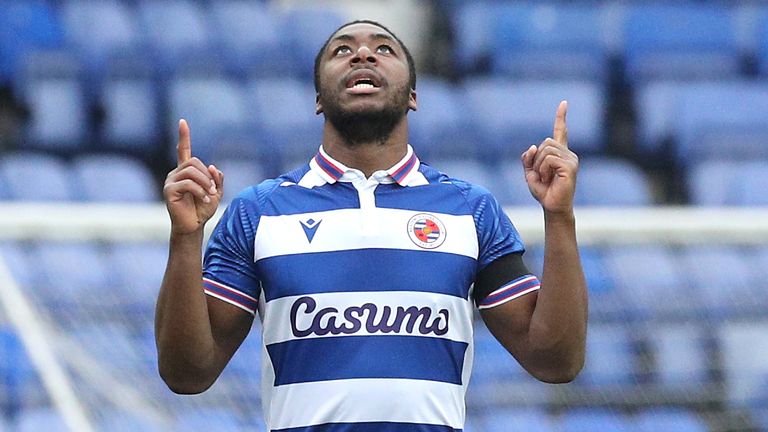 Mid-table Rangers made the short trip down the M4 from west London having won three of their past four matches, recovering from 2-0 down at half-time to Millwall at Loftus Road in midweek to win 3-2.

Reading made the more lively start, with Andy Rinomhota forcing a good tip-over save from QPR goalkeeper Seny Dieng.

Top-scorer Lucas Joao also looked to add to his 21-goal tally this season but after a clever turn in the area, his well-struck effort was blocked.

Rangers responded with plenty of promising approach play, though much of it broke down before reaching the Reading danger zone.

Charlie Austin sent a shot harmlessly wide and Yoann Barbet also failed to find the target with a poor attempt.

However, Reading should have taken the lead before the break. Ovie Ejaria cut in from the left wing after a mazy run, but Michael Olise skied his cutback wildly over the crossbar from 12 yards out.

QPR then went ahead, with good work by Ilias Chair and Lee Wallace allowing Dykes to slide in the latter’s low cross.

It was the first goal since late November for the Australia-born Scotland striker and his sixth for Rangers this season.

Reading dominated the opening exchanges of the second period, mainly through the continued trickery of Ejaria and support play from Olise.

They thought they had equalised only for Liam Moore’s close-range finish to be ruled out for offside, but did draw level in the 57th minute.

It was Meite’s ninth goal of the season and third in as many games.

Joao should have given the home side the lead soon after, losing his footing after skirting past the onrushing Dieng, before Reading had to resort to desperate defence to survive QPR’s late rally.

The PFA is FINALLY working on tackling the dementia crisis