Real Madrid took just four minutes to move back to within striking distance of leaders Barcelona at the top of La Liga.

That’s all the time Toni Kroos needed to score his fourth league goal of the season and put his team in front against Eibar.

Barcelona had taken two minutes to score their first goal back on Saturday night. Real Madrid needed just 60 seconds more in their first game at the Alfredo Di Stefano stadium. 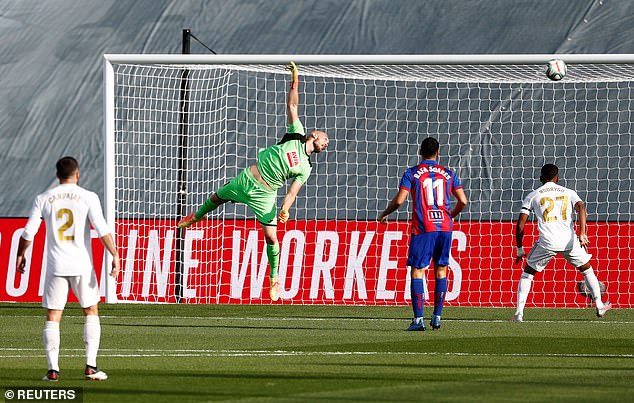 It was Eden Hazard’s tricky run back in field that started the goal. The ball was then played back into the area and Karim Benzema some how found a way through a crowd of Eibar defenders on the byline. The ball was played back out to Kroos who picked his spot with a well-placed finish past Marko Dimitrovic.

This was a first for Madrid, both in terms of playing in the stadium of the club’s B-team, and of being able to walk to the ground from their team hotel.

They made the 300-metre trip from the residence at the club’s Valdebebas training ground to the stadium on foot. Any suggestions that this might turn out to be a stroll for Madrid were strengthened in the 30th minute although it was a charge and not a gentle walk that brought the second goal. 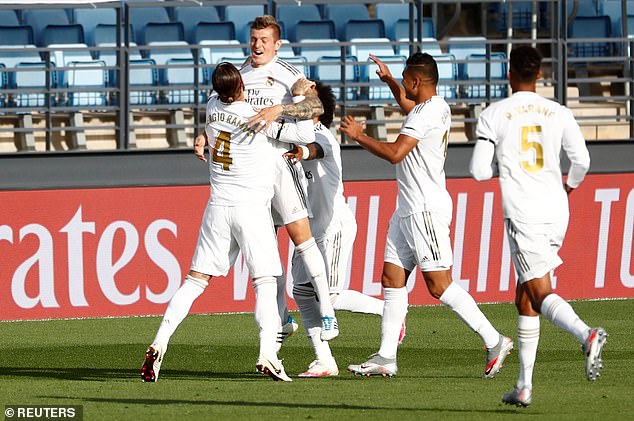 Sergio Ramos won the ball at the back and went storming forward on a 60 metre run. He released Benzema but kept on running and when Benzema played Hazard in space down the right the former Chelsea forward just had to roll the ball across the face of the goal allowing Ramos to score into an empty net from close range.

Ramos is playing for the title like the rest of his team-mates but he is also playing for a new contract. The club have yet to put themselves in contact with him and he will be into his last year this summer. The urgency is already showing in the way he is approaching these final 11 games.

Marcelo scored the third and Hazard was involved once more. He linked up well with Benzema before shooting. 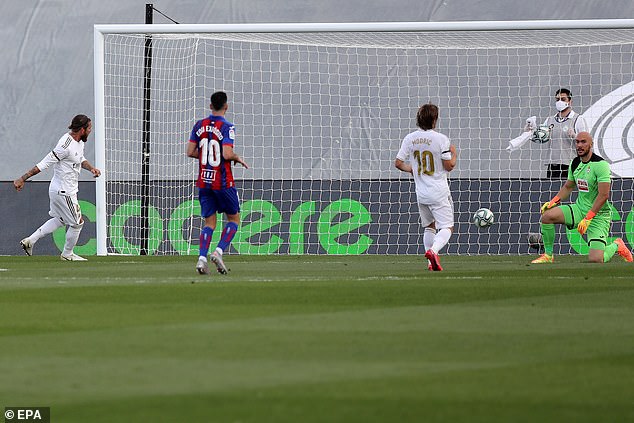 His shot was saved but the ball came out to Marcelo who controlled it and smashed it home before dedicating his celebration to the Black Lives Matter campaign taking a knee and raising a fist.

Eibar put up a fight in the second half and Pedro Bigas pulled a goal back without knowing too much about it. De Blasis’ shot hit him in the shoulder and the ball trickled past Thibaut Courtois.

Gareth Bale and Vinicius came on for Hazard and Rodrygo on the hour mark but Madrid continued to go down the gears. Had Pedro Leon’s finishing been better or Sergio Enrich had more luck with a header that came back off the bar it might have been a nervous finish.

Instead it was job done for Madrid – ten games to go and they remain on the shoulder of the leaders barcelona just two points behind and feeling at home in their stadium. 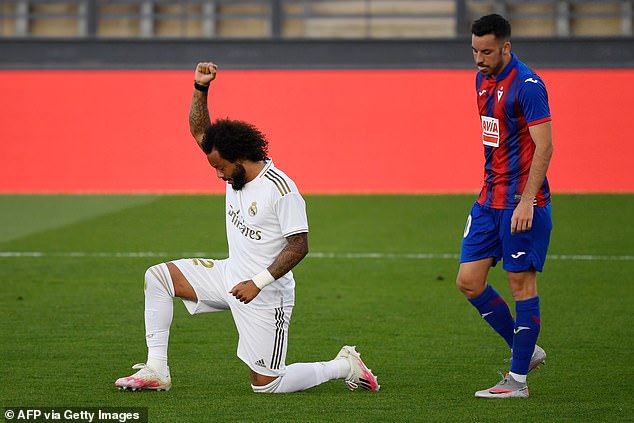 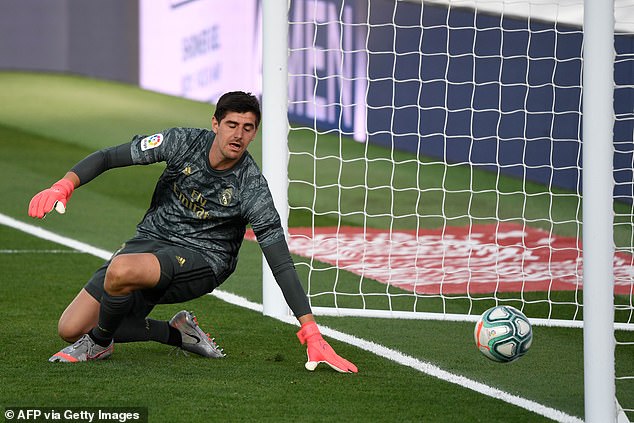