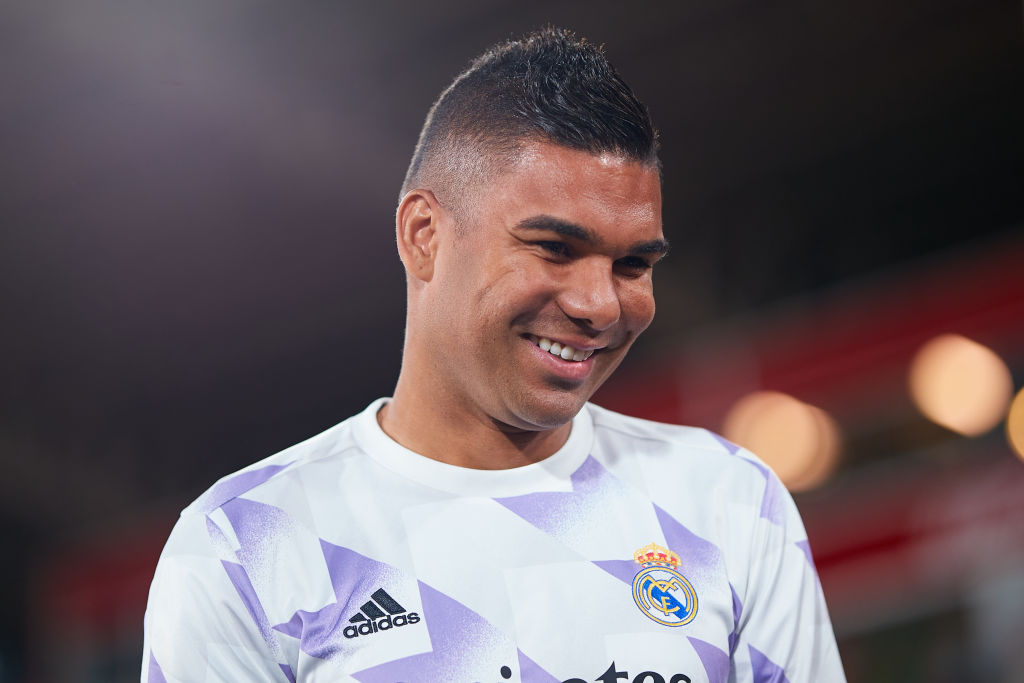 Real Madrid are not closed to the possibility of selling Casemiro this summer but will demand a massive fee from Manchester United, according to reports in Spain.

Erik ten Hag is eager to add two new central midfielders to his squad before the transfer window closes and has finally – begrudgingly – accepted that a deal for Barcelona’s Frenkie de Jong will not happen.

United have begun exploring alternatives for the Dutchman, though have already backed away from a deal for Juventus’ Adrien Rabiot due to his enormous salary demands.

In addition to a playmaking, creative central midfielder, Ten Hag also wants a more defensive, destructive presence to provide protection in front of the defence and that has seen the club sound out the possibility of signing Casemiro.

While United have yet to make formal contact with Real, they have club officials in Madrid and are exploring the logistics and likelihood of luring the Brazilian to Old Trafford.

Real have little immediate desire to offload Casemiro, but Spanish radio station Onda Cero report that they could be tempted to cash in if they receive a big enough offer.

That figure has been set at €70million (£59m) and would be considered too good to turn down, though it remains to be seen if United’s hierarchy would be prepared to pay so much for a player who turns 31 in February.

Casemiro cost just €6m (£5m) when he moved to the Bernabeu in 2013 from Sao Paulo and selling him for a massive profit would be a big boost to Real’s finances and give them an enormous amount of wiggle room as far as La Liga’s FFP rules are concerned.

Carlo Ancelotti still sees the Brazilian as a key part of his squad and would be reluctant to see him leave, though there is also recognition that they have a surplus of quality options in midfield.

Real’s two young Frenchmen both started Real’s first match of the new Liga season against Almeria, with Casemiro on the bench.

In addition to the Champions League holders being open to selling Casemiro if the right offer arrives, Marca report that the midfielder himself is also weighing up the possibility of leaving the Bernabeu.

While he is happy and very settled in the Spanish capital, he has not closed the door to a potential exit and is currently evaluating the project on offer at United as well as whether he would be willing to spend a season outside of the Champions League.

For now, though, United have not made an official bid and the Red Devils are currently scrambling to reinforce their squad in a host of different positions before the window shuts.

Hart says there is 'plenty more to come' after Burnley release