Real Madrid have unveiled their new kits for the 2020/21 season as they prepare for their Champions League return.

Their home kit colour is in the classic club’s all-white with a hint of pink down the sides on the infamous Adidas three stripes.

The club have gone for a pastel pink for their away kit colour, sharing a similar, simple design with a v-neck cut. 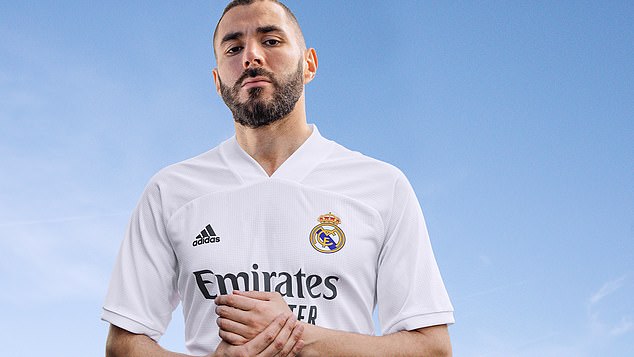 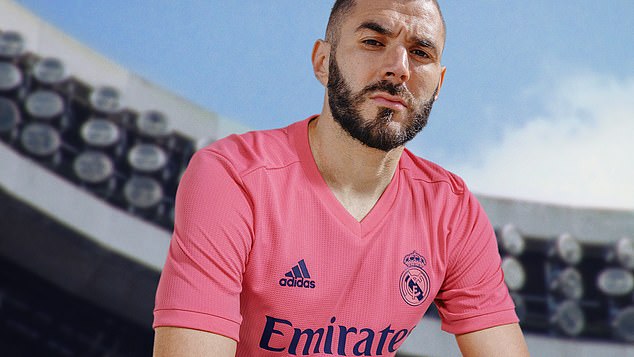 The new release is the second since the LaLiga giants signed a huge nine-year deal with German manufacturers Adidas for over £900million.

Last season, Madrid wore a navy away shirt and the new pink colour will have taken many of the Los Blancos faithful by surprise given its bright nature.

According to Marca, Zinedine Zidane’s side will debut the pink away kit in their Champions League Round of 16 second leg against Manchester City on August 7. 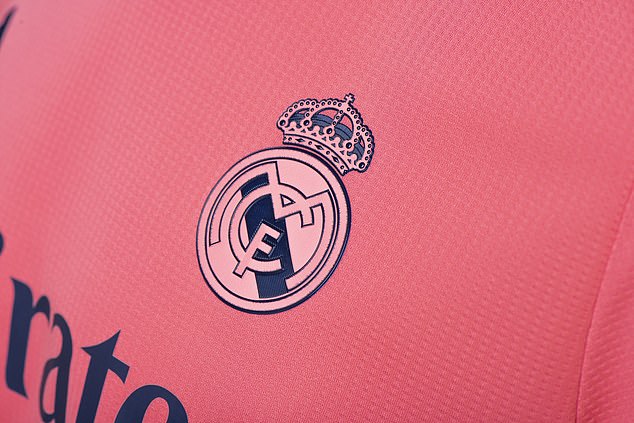 According to reports, Real Madrid will debut their new pink away kit in Champions League tie

Zidane’s men head into the tie with a one-goal deficit after strikes from Gabriel Jesus and Kevin de Bruyne cancelled out Isco’s opener before Sergio Ramos was given a red card.

The club have suffered a setback earlier in the week after striker Mariano Diaz tested positive for coronavirus.

Madrid are convinced that the incident is isolated to their current affairs, as the 26-year-old had recently returned from holiday.

However, they have warned their players to take extra care as Diaz undergoes a two-week quarantine period.

The kit is powered by adidas’ Heat.RDY technology, using sweat-wicking fabrics that help athletes stay cool and intuitive designs to keep air flowing so they can focus on their game.