Real Madrid have no plans to sack Zinedine Zidane despite their 4-1 La Liga defeat to Valencia on Sunday, it has been claimed. The Frenchman has overseen a rocky start to the campaign at the Bernabeu. But the Los Blancos board have no desire to sack him at the current moment in time.

Real Madrid took the lead against Valencia through Karim Benzema, who opened the scoring in the 23rd minute of their showdown at the Mestalla on Sunday night.

However, Zidane’s side then capitulated with Carlos Soler scoring a hat-trick of penalties and Raphael Varane scoring an own-goal to give the home side all three points.

The result means Real now sit fourth in the table, having lost twice and drawn one of their opening eight fixtures this term.

Real Sociedad sit four points clear at the summit having won six of their nine matches so far.

Zidane is only ever a heavy defeat away from a minor crisis and the defeat to Valencia has led to suggestions he could be relieved of his duties, particularly with Los Blancos struggling for consistency in the Champions League.

But OkDiario chief Eduardo Inda has claimed he won’t be going anywhere just yet, saying: “In the club there is absolute tranquility. 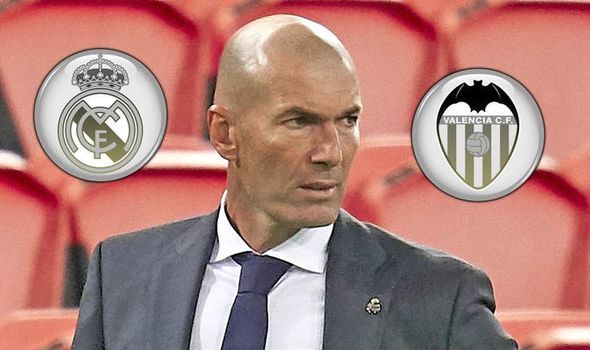 “The leadership considers that Zidane is the coach with the best Champions League record in history.

“Last year he won a League and that is also present [in their thinking].

“In Valencia the team played awfully, but had two important casualties, especially Casemiro, and bad luck.”

Inda also claimed that some of Zidane’s decisions are raising eyebrows, however, with the decision to bench Toni Kroos and Ferland Mendy for Valencia particularly confusing.

“Confidence in Zidane for the moment is full, but it is evident that some decisions are not understood,” he said.

“It is not understood that at the beginning of the season two homegrown players played and that yesterday Kroos and Mendy were on the bench, while Lucas [Vazquez] was the starter.” 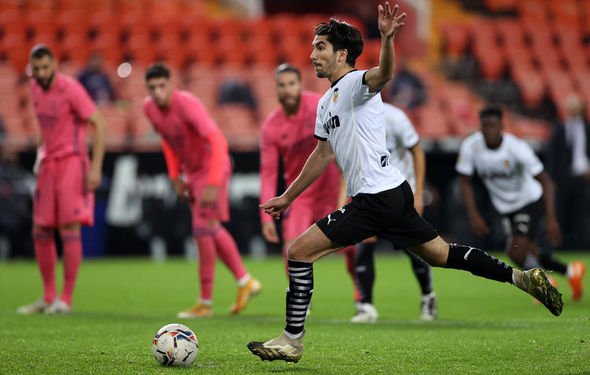 Zidane claimed after the match against Valencia that his side ‘fell apart’.

“We started the first half-hour well,” said the 48-year-old.

“After the goal we fell apart and changed the dynamics. Everything happened to us; three penalties, an own goal. It is difficult to understand.”

Zidane also took responsibility for the defeat, insisting there were no excuses for such a below-par display.

“There is no justification or excuses,” the three-time managerial Champions League winner added.

“I don’t think Valencia has been tactically better than us. The only thing is that we started well and everything changed after the goal.

“This is difficult to understand but yes, the one most responsible is me. We must find solutions after the goal they scored.”

Valencia counterpart Javi Gracia, however, was delighted after the match – after a summer where they spent little money because of the coronavirus crisis.

“I feel very happy, but above all for my players for what they have gone through without reward,” Gracia said.

“Winning today in such a forceful way reinforces us all, the coach as well.

“I am happy, yes, for offering this victory to so many people who work at the club, to the veterans who come to give encouragement.

“These things are not forgotten and I am excited to share these three points with them.”