Looking around most of the top divisions in Europe as we hit roughly the third-of-the-way-through point, there aren’t too many surprise leaders and contenders.

Quality, reputation, recent history and spending power has each of the likes of PSG, Chelsea, Man City, Bayern Munich and Borussia Dortmund in the top two of their respective divisions, while Napoli and AC Milan are making title pushes in Italy after going close in different prior campaigns of late.

In Spain, though, there’s an absolute outlier: Real Sociedad lead the way, a point clear of Real Madrid and Sevilla with a five-point gap between themselves and last year’s champions Atletico Madrid.

La Real came fifth last term and it’s almost 20 years since they managed a top-two placing in LaLiga: the 2003 vintage of local hero Agustin Aranzabal, a young Xabi Alonso and the deadly front pairing of Darko Kovacevic and Nihat Kahveci.

This time around, the attack is a little more of a mix-and-match situation depending on tactics, but Scandinavian pair Alexander Sorloth and Alexander Isak are both settled, optimistic and very much up for the challenge of trying to end a 40-year wait to bring the league championship to Anoeta. 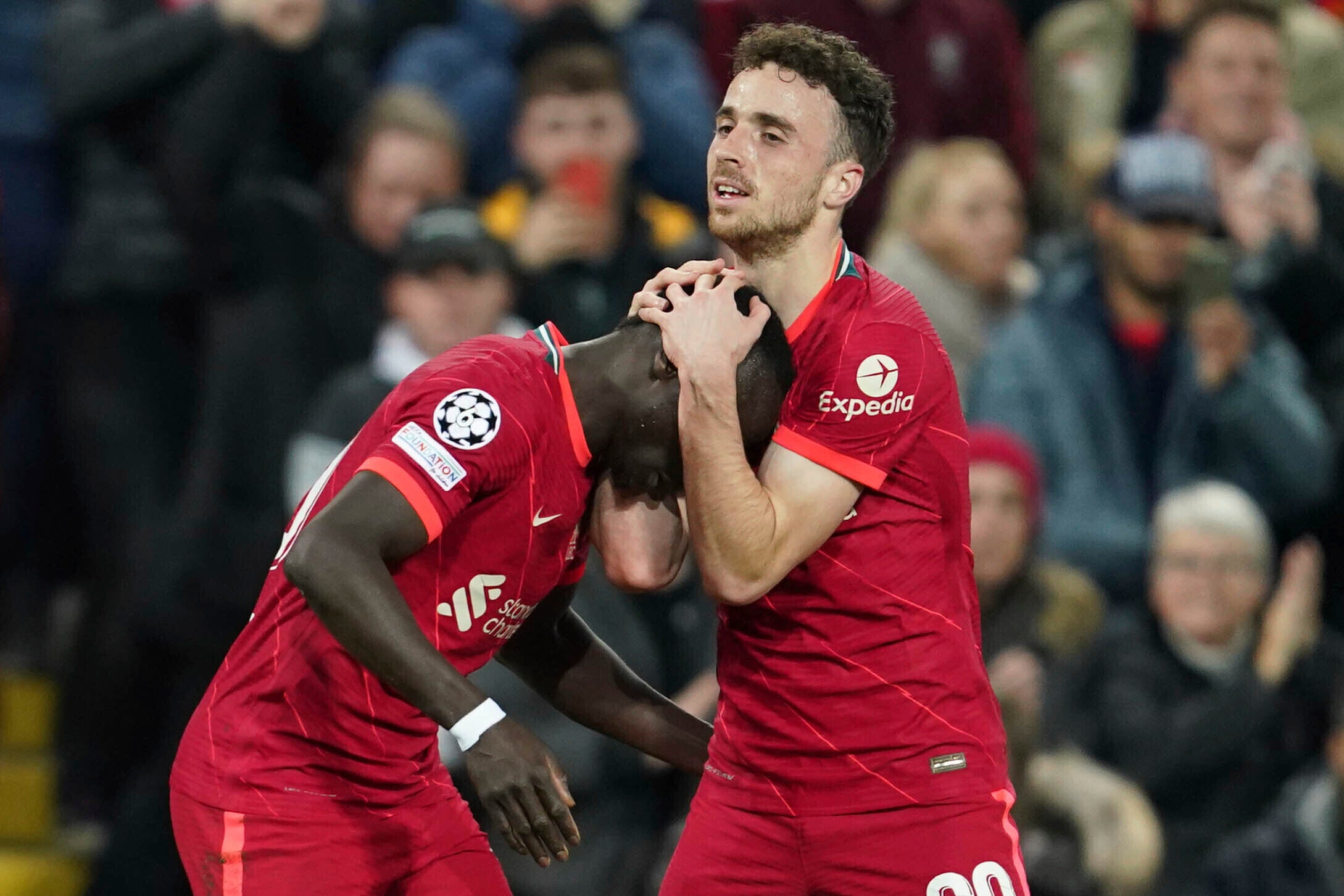 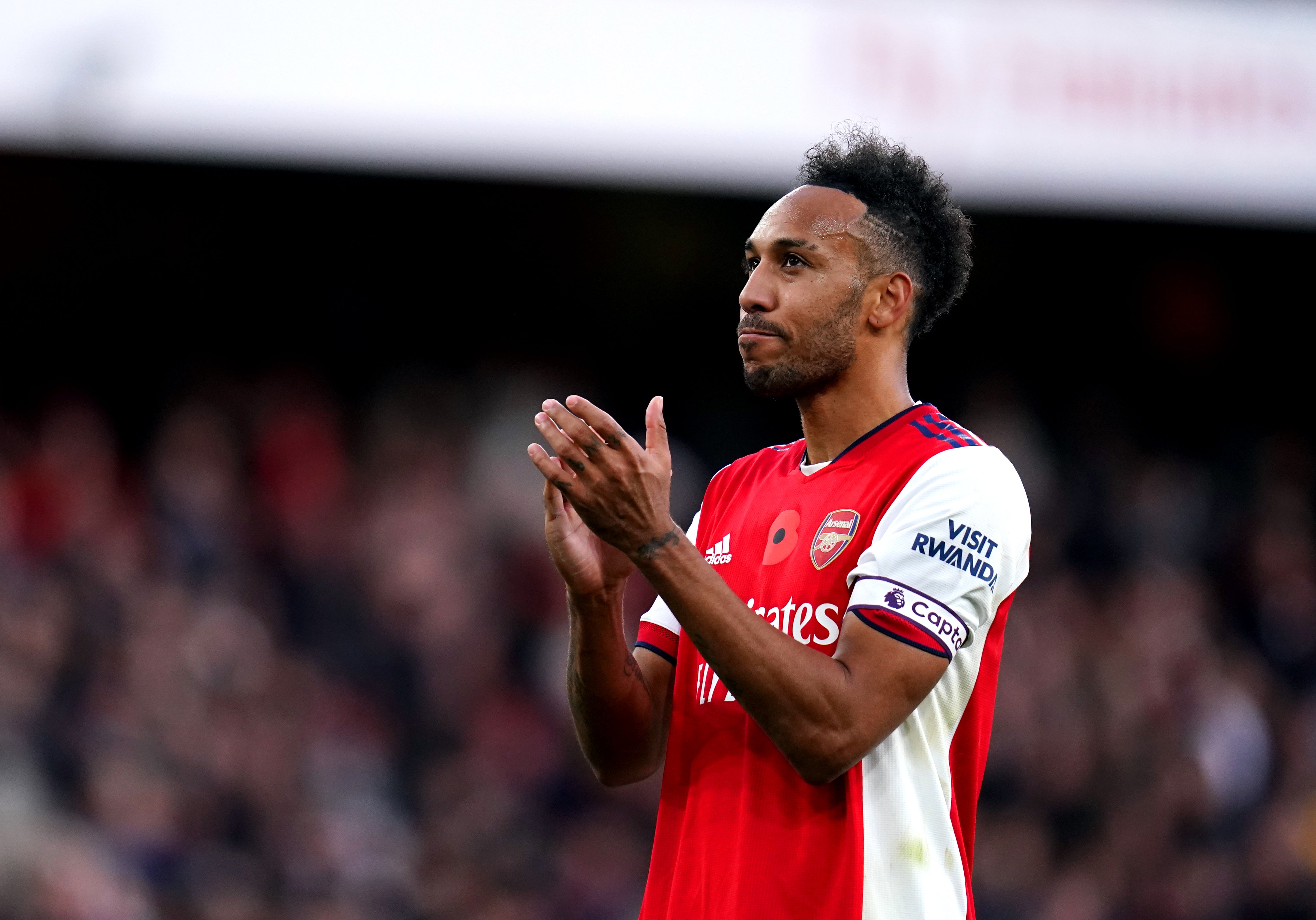 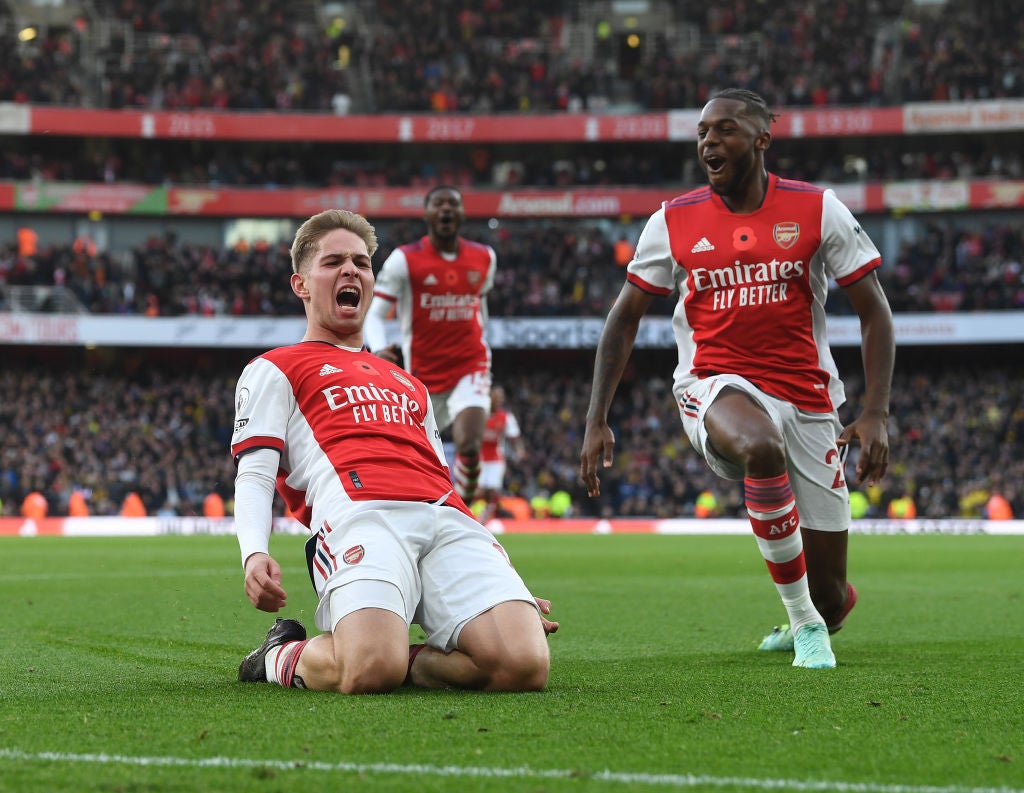 “Everybody is really happy around the training ground, the atmosphere is really good but we can’t look too far ahead. We’re top of the table but we take it game by game,” Sorloth told the Independent on a conference call ahead of the weekend.

“Those are the goals we set ourselves before the season: to compete in all the competitions we’re part of. Now we’re getting healthy players again, don’t have as many injuries as we did and it’s good timing – we have a really strong squad to challenge in different competitions.”

The manager’s role in their success so far this season cannot be underestimated.

Imanol Alguacil played for La Real for around a decade at the start of his career and has progressed through the system once more as a coach, becoming first-team boss in 2018. Fast approaching 150 games in the dugout and his three-year anniversary next month, he’s the longest-serving manager since John Toshack’s second spell in charge in the early 1990s.

His impact on the team has already been appreciated by Sorloth, who has only been at the club a few months.

“He doesn’t want to look too far ahead, his intensity on the training ground is really good. It affects us in the games and keeps us on our toes – he’s been doing really well.”

Both strikers are back to club action now after starting World Cup qualifiers during the international break – and both just falling short with their national teams. Sorloth and Norway finished third so their journey ends here, while Isak and Sweden have another chance to reach Qatar after coming second in the group – but for now his attention has to be on continuing a great run of form domestically.

“We were sad not to get first but that’s football. We have an extra chance in the play-offs and we’ll give our all. [But] it’s not until March so it’s important to switch focus and concentrate on the club and that’s what I’m doing. I’ll put the national team behind me for now,” he said. 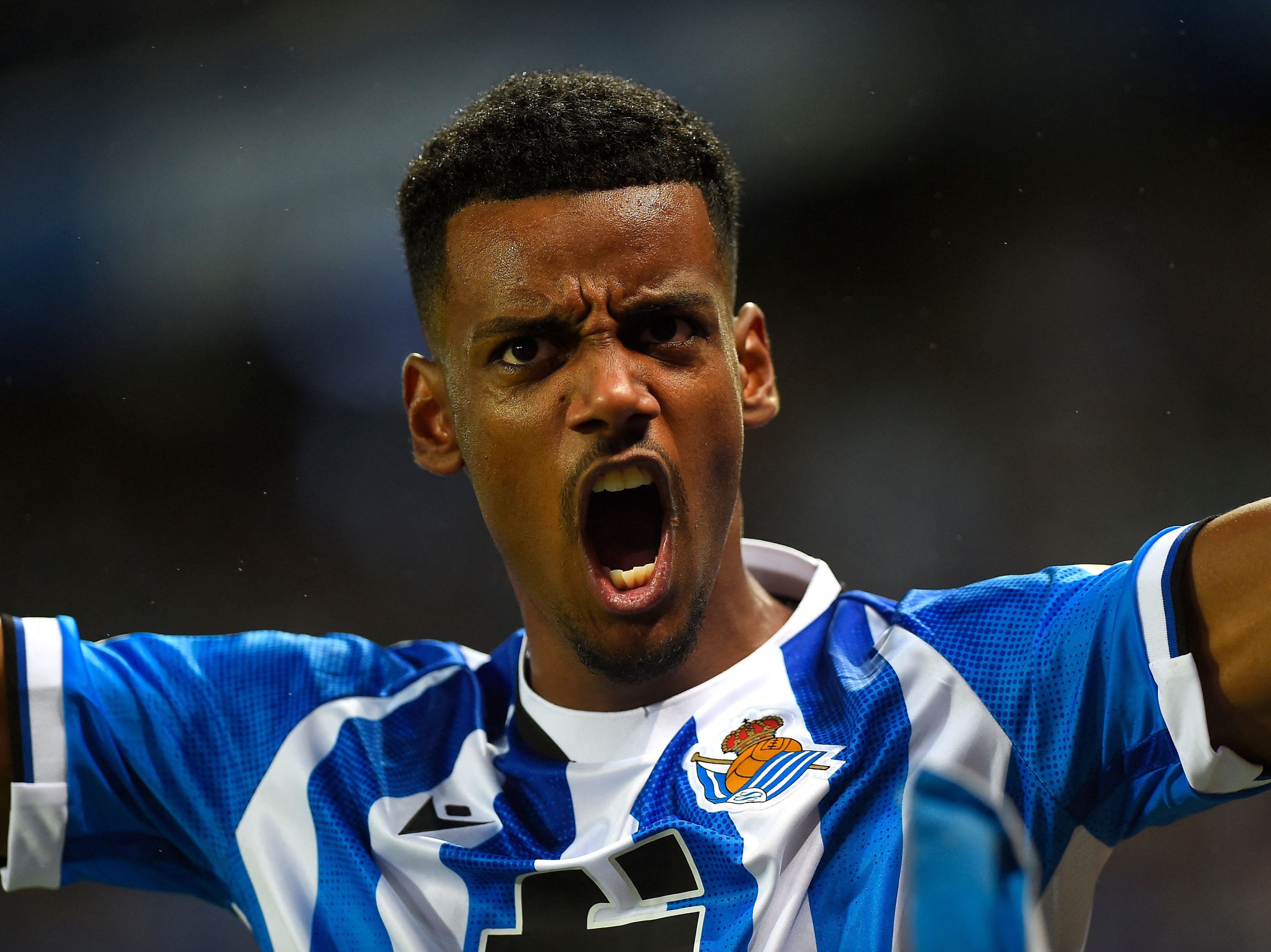 Both players have taken somewhat similar routes to San Sebastian. Early steps and loans haven’t always proven fruitful after initially shining as younger strikers, and they’ve ended up at Real Sociedad after stints in the Bundesliga. Sorloth looks and sounds content with his latest move – judging by a couple of jokey digs at his team-mate he’s settled in well off the pitch too – and there’s no immediate rush to move away from a place where the tactics and style suit them well.

“Things change quickly and I’m still owned by Leipzig – it’s up to them as well. I can only speak for the time being and I’m happy here, it’s a family club, everybody wants to perform for the team,” the Norwegian pointed out.

“Looking at both types of football, Spain is more technical, more playing with the ball – Bundesliga football a bit more physical and quicker to play forward,” Isak added. “Spanish football benefits me more as I’m a player who likes to touch the ball, combine, and it suits me very good here.”

Sitting pretty atop the table, it’s hard to argue with either one of them ahead of a potentially defining month in which they will face Valencia on Sunday before further tests including against Real Madrid, Villarreal and Real Betis, as well as finalising their Europa League group stage campaign. Where they sit one month from now, in both competitions, could dictate just how close they can go to glory this season.

All eyes really will be on Spain’s top flight this weekend – and a full 24 hours before the league leaders kick-off, a mid-table side will do the same.

That’s Barcelona, ninth in the table with a single league victory to their name in the last six – and with new boss Xavi Hernandez facing the small matter of the local derby in his first game, with Espanyol visiting the Camp Nou. 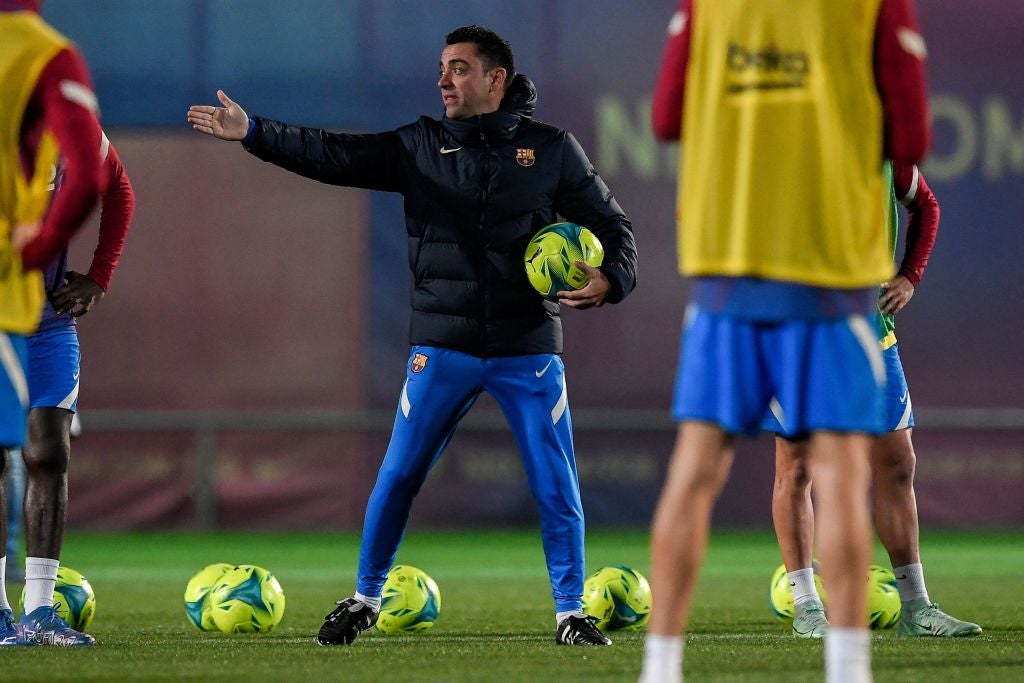 The clubs are level on points, a near-identical record in LaLiga this term, highlighting both how impressive the visitors have been at times and how much work there is for Xavi to do. He’s optimistic though, as he kind of has to be – but a dose of realism is thrown in with the expectations on his squad.

“We have not had a lot of days to work together but the idea is clear. It’s a question of values, attitude, hard work and sacrifice. I hope we can start to see things tomorrow,” he said.

“I am here to make decisions. I will do everything so that things work out well. It’s not just professional but personal. I am a Barça fan, always have been, and I want this to work. I want to get across that we have to give 100% and that we cannot let the fans down. We at least have to show attitude, effort and respect. The fans need to feel proud even when we don’t win.”

What else to watch around Europe

Italy brings a couple of heavyweight fixtures with Lazio facing Juventus on Saturday afternoon and Inter hosting Napoli a day later. The latter game is last year’s champions against this year’s leaders – and there are seven points between them, so the pressure is on the home side to pick up a big result in Serie A.

Ligue 1 has the potential for fireworks on Sunday night too, with inconsistent Lyon hosting Jorge Sampaoli’s Marseille. Both are chasing Champions League football for next term, but neither appear capable of stringing back-to-back wins together of late. Goals and entertainment come as standard where Peter Bosz’s team are concerned.

Finally, if you haven’t yet read the brilliant story of Belgian club Union Saint-Gilloise and how their British owners have turned them from minnows into improbable league leaders there, check it out now – they are away to Oostende on Sunday.