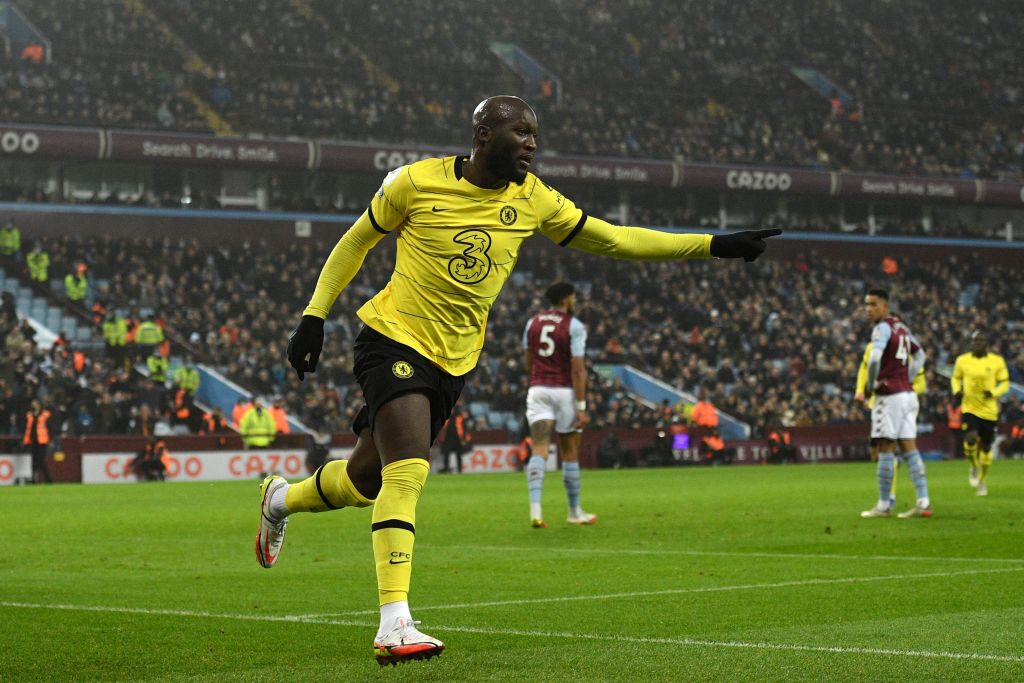 Jamie Redknapp said Romelu Lukaku had ‘singlehandedly’ dragged Chelsea back into the Premier League title race after the striker came off the bench to help the side beat Aston Villa 3-1 on Boxing Day.

The Blues got off to the worst possible start at Villa Park as Reece James directed Matt Targett’s cross beyond Edouard Mendy, but the visitors went into the break on equal terms thanks to Jorginho’s 34th-minute penalty.

Still working his way back to full fitness, Lukaku was named among the substitutes and Christian Pulisic badly struggled up front before Tuchel decided to make a change at the halfway stage.

Lukaku’s last goal in the Premier League came in the reverse fixture at home to Villa way back in mid-September, but he looked in superb touch to find space and head past Emiliano Martinez in the 56th minute.

The Belgian also had a hand in Chelsea’s third as he was brought down by Ezri Konsa inside the box. Jorginho stepped up to score his second from the spot and the visitors held firm to go level on points with second-placed Liverpool in the table.

Tuchel will have breathed a giant sigh of relief given the Champions League holders had drawn their previous two matches in the English top flight and Redknapp – analysing the game for Sky Sports – made sure to highlight Lukaku’s impact.

‘He singlehandedly got his team back in this title race. They needed something, they needed a spark and that’s exactly what he brought,’ the ex-Liverpool, Tottenham and England midfielder said.

‘In the first half they were going nowhere fast and the manager would have been scratching his head and thinking: “What do I do?”

‘The obvious thing was to bring him on because they struggled so much with Pulisic in the first half as that number nine.’

Redknapp felt Chelsea ‘started to click’ from ‘minute one’ after Lukaku was introduced in place of Trevoh Chalobah.

‘He loves that right-sided channel where he can cut in on his left foot,’ he added.

‘From minute one he just made such a difference with that confidence.

‘When you think about the way Chelsea have played these last few games… yes, it can work without having an out-and-out number nine. They’re tried it with so many players, but it didn’t work with Pulisic.

‘As soon as Lukaku was brought onto the pitch everything started to click. You can play him deep, he can run in behind, he can be that focal point, as a midfield player you can pop it into him and he’ll bounce it back to you.

‘So many times they kept losing the ball, they didn’t have anyone to get hold of it until he came on. He gives them something completely different.’

Redknapp said he was confident Chelsea remained firm title challengers, but warned the west London giants they will be pushed to the limit in their next two matches at home to Brighton and Liverpool.

‘It’s a couple of really good games for them, games where we are going to find a lot out about this Chelsea side,’ he went on.

‘They had a couple of injuries today, obviously Thiago Silva picked one up, but they looked a completely different proposition with him playing.

‘Through Covid-19 and through injuries there’s not a lot you can do and it’s making it so difficult for managers right now.

‘Of course, they’re right in this title race. Manchester City and Liverpool are, for me, right now the best teams, but Chelsea have got to hope that City have a blip, maybe lose a few players through injury and hope things go their way.

‘But Lukaku is going to be a massive part if Chelsea are to win it.’

Chile-Zambia friendly called off due to Covid-19 cases