‘They’ve spent millions on defenders but they will need to replace Aguero sooner or later’: Manchester City MUST sign a striker, says Jamie Redknapp as they squander chances in thrilling Leeds draw

Pep Guardiola’s side were a goal up against Leeds on Saturday, but squandered many opportunities and walked out of Elland Road with just a point after a thrilling 1-1 draw.

Manchester City struggled to find the net which isn’t helped by injury layoffs for strikers Aguero and Gabriel Jesus who were both absent. 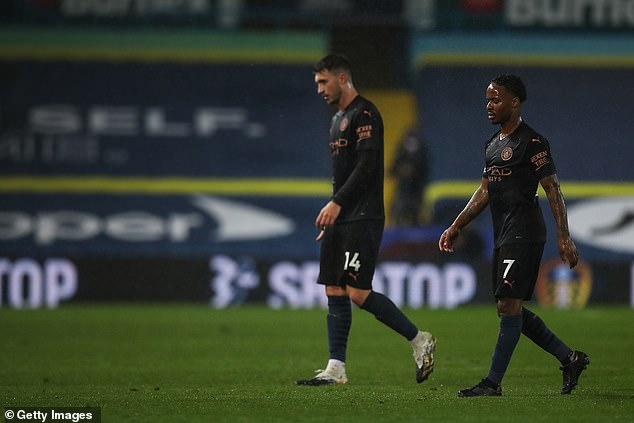 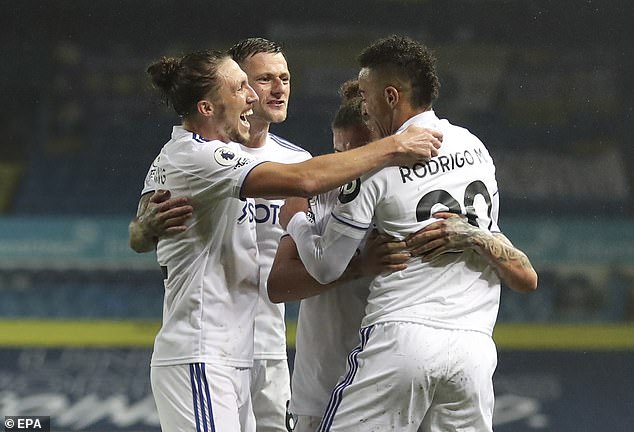 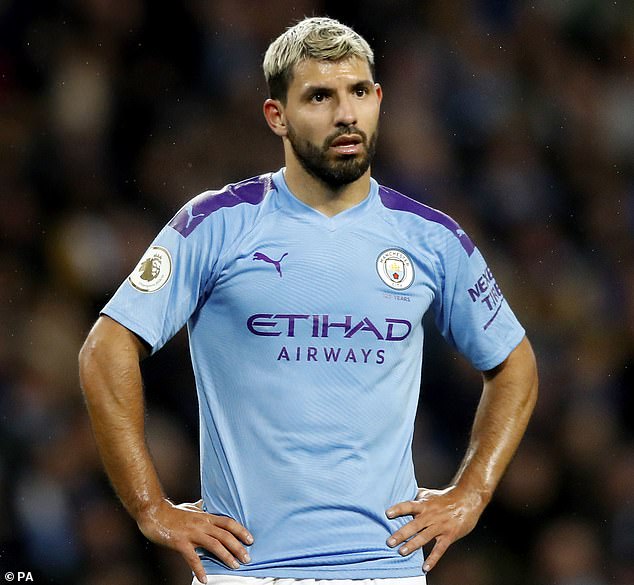 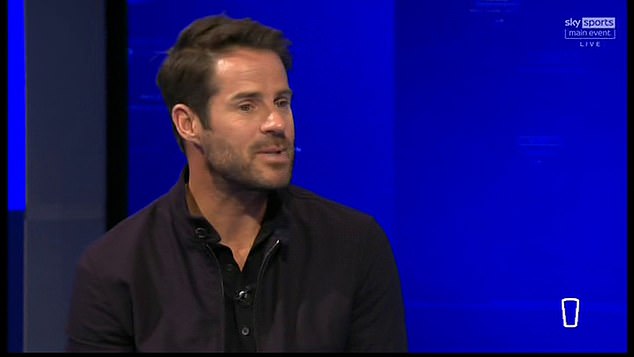 Raheem Sterling started up front for City during their 5-2 defeat to Leicester last week – a game which City had dominated but struggled defensively.

The England international also started up front against Burnley in the Carabao Cup and scored twice during a 3-0 victory.

‘He’s got everything for me and sometimes I feel he’s better in the centre when you’ve got (Riyad) Mahrez and (Ferran) Torres bringing the width.

‘He doesn’t bring the same as Aguero but he’s got that scoring touch.’

Co-pundit Redknapp said that without Aguero and Jesus, City had cause for concerns up front. 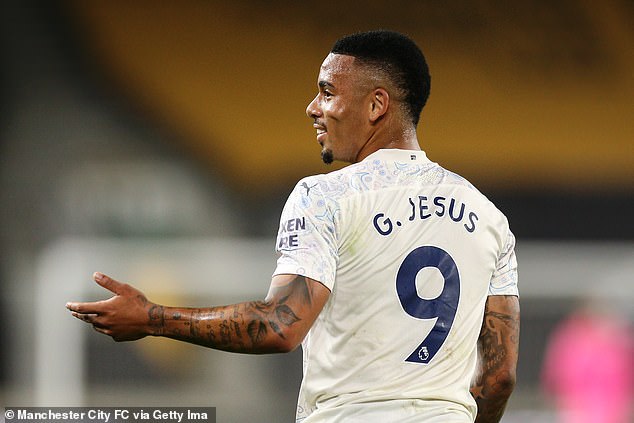 He said: ‘It doesn’t bode well about Aguero and Jesus, in the five games they’ve not played or been involved they’ve lost four of them.

‘It shows you need goals from other areas. You’ve got Raheem but I think he’s better coming from deeper.

‘Shows they need to strengthen that area. They’ve spent millions on defenders, but they need to replace Aguero sooner or later.’

This summer, Manchester City have signed defenders Nathan Ake from Bournemouth for £40m and Ruben Dias from Benfica for £64m. 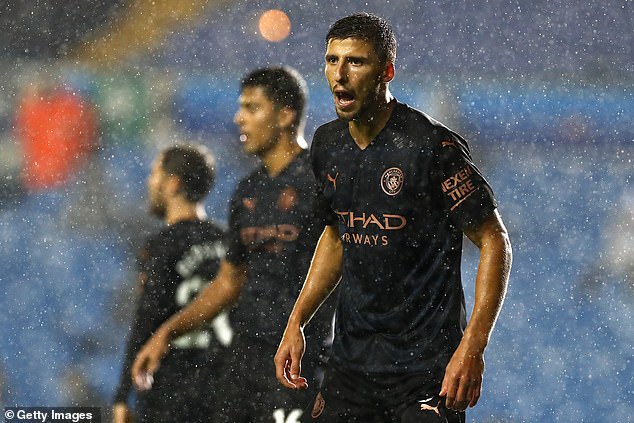 It comes after the club have suffered defensively since Vincent Kompany left the side last season.

Aguero joined Man City in 2011 and has gone on to become a club legend, winning many trophies and scoring 254 goals in 370 club appearances.

However the 32-year-old doesn’t have long left on his contract and City could soon find themselves in the tough position of replacing the club’s greatest ever goalscorer.