“Being on TV was a big deal for a player back then – you felt as if the whole of the country was watching you,” says Terry Fenwick from his home in Trinidad, his base for the best part of 20 years.

The former Spurs defender was one of the highest paid players in the English game when the BBC screened its last live league match, the North London derby back in March 1988. In truth, the match itself was a relatively meaningless affair.

With qualification for the Football League Centenary Trophy – a token attempt to assuage the financial pain caused by Uefa’s ban on English clubs in Europe – the only carrot dangling in front of those teams languishing behind table topping Liverpool, it was hardly a do or die game for either side.

What it was, though, was a final hurrah for the BBC when it came to the screening of live domestic league football. Until now.

On Saturday, the BBC will screen Bournemouth’s match with Crystal Palace, signalling the end of that 32-year hiatus. It’s likely to be a brief return but, for some it will bring back memories of a very different football era

“I was fortunate to play in quite a few televised games but back then there was added pressure on these games,” says Fenwick. “You were in the public eye as a player but they rarely got to see you playing live on the TV. The money didn’t make any difference to clubs back then either. The kind of money the BBC and the ITV were paying to screen football was absolute peanuts compared to the sums we’re talking today.

“I turned on the TV the other day and saw Jose Mourinho showing David Beckham the new Tottenham Stadium. I was thinking ‘my god, that’s amazing’. Compared to the kind of grounds we played in, that stadium is off the scale. It’s still football, but it’s football from a different world.

“We would train for an hour or two in the morning and then head straight back home, the grounds themselves, the facilities, the changing rooms – they were crap in comparison to what I’m seeing now.”

All those years ago, viewers were greeted with the sight of Jimmy Hill, who was joined at Highbury by Trevor Brooking. The coverage on the BBC that afternoon was shared with indoor European athletics from Budapest and the slate grey skies and Arsenal’s somewhat antiquated home, wouldn’t have looked entirely out of place behind the Iron Curtain.

The line-ups were a throwback too, with Argentina’s Ossie Ardiles the only foreign player to start the game. Belgium’s Nico Claesen was on the Spurs’ bench, while Niall Quinn of Ireland was also in the Arsenal squad. The creative hub of an Arsenal side that won six on the spin was David Rocastle, but goals were hard to come by. Alan Smith would finish the season as the club’s leading scorer with just 11.A very English squad would sustain them the following year, when they won the league in breath-taking fashion at Anfield in the final minute of the 1988/89 season. 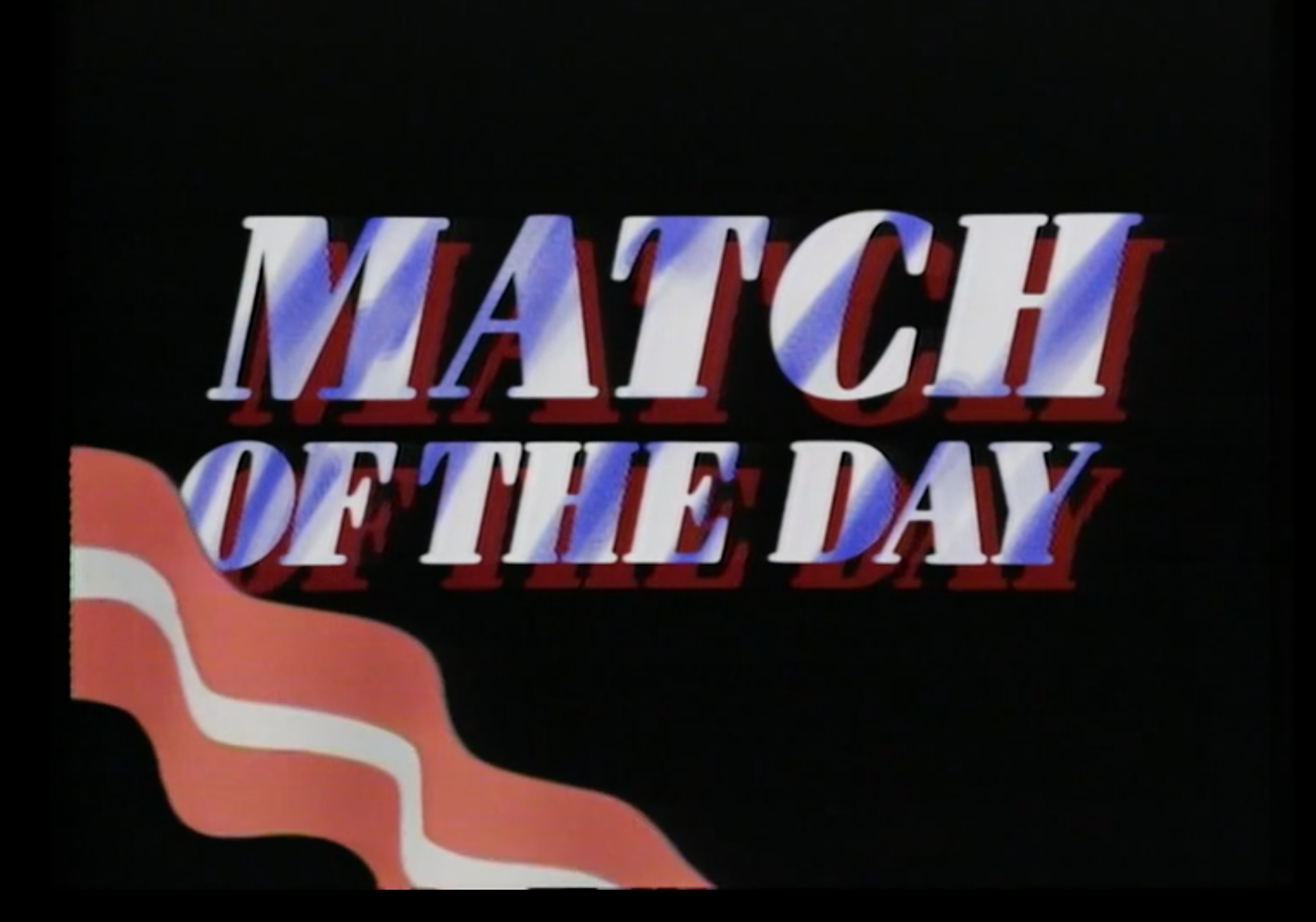 Within a decade of their last league appearance on the BBC, though, Arsenal would take on a very different look, winning the Premier League with a side containing the likes of Dennis Bergkamp, Marc Overmars, Emmanuel Petit and Patrick Vieira. Boring, boring Arsenal? Think again.

Given the kind of wages enjoyed by those who will appear on terrestrial television again this summer, it’s hard to believe that Fenwick was once the highest paid player in London, earning £250,000 a year following his move to White Hart Lane from QPR in December 1987.

“Quite a few players get that in a week now, don’t they?” he says. “Before Gazza signed for Tottenham, I was the top paid player in London. Mind you, it was more intimidating playing back then. There was a lot of violence following a fair few clubs at that time. I had played for Palace, who didn’t really have that kind of rivalry with anyone, the same with QPR. Tottenham Arsenal, though, was something else. All the fans were up for it.” 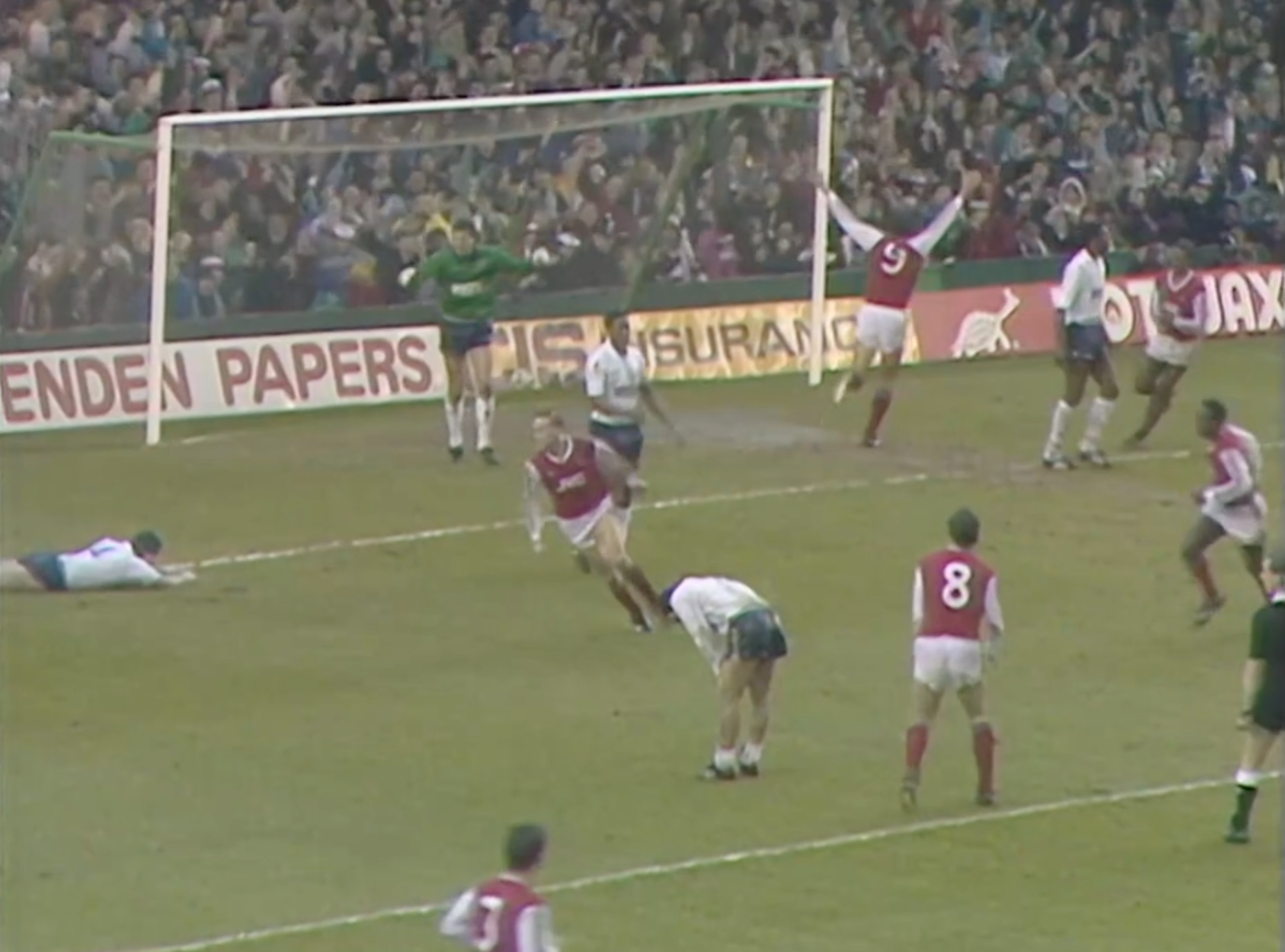 With English clubs banned from Europe and with the next TV deal, struck between the Football League and the ITV after that season, worth just £44m, the notion of the Premier League and the transformation it would wrought just four years later, was, at the time, unthinkable.

Arsenal’s 2-1 win over Spurs in a largely forgettable encounter that did little to alter the league position of either, was in many ways apt. The game in this country, like those two teams at the time, was going nowhere fast.

“When you look back, the English FA didn’t take the Premier League on,” says Fenwick. “The Football League didn’t think it would work – everyone thought that Sky were wasting their money. I remember people laughing at the whole idea. Now look at what has happened. The Premier League have done a brilliant job with the TV rights because in 1988 television deals were largely irrelevant.”

How times have changed and the sporting economy means that the BBC’s live coverage of matches is likely to be short-lived this time around. Enjoy it while you can.