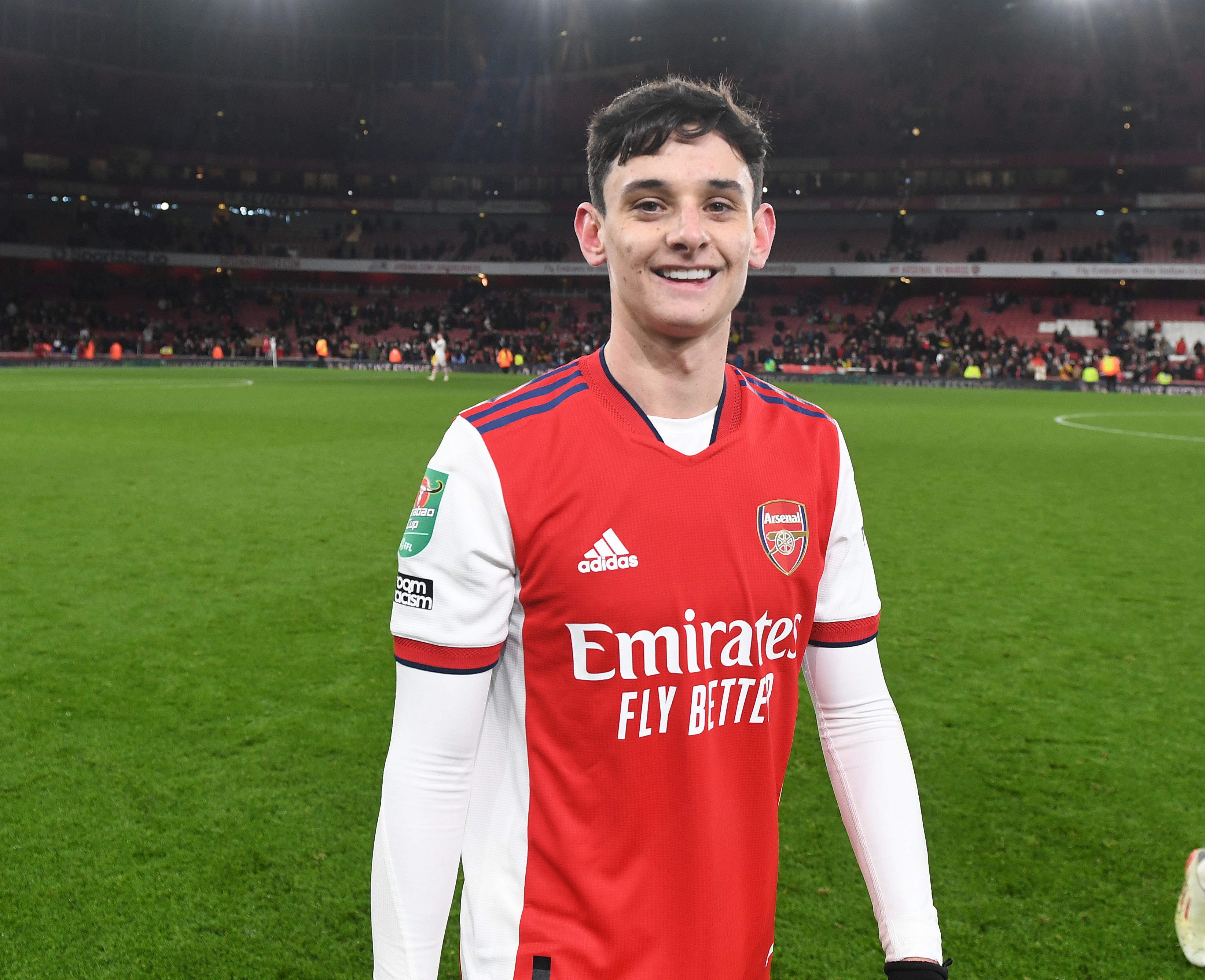 Rio Ferdinand claims Arsenal wonderkid Charlie Patino is a ‘joke’ and says the midfielder can reach the very top of the game if he continues his development with the Gunners.

The 18-year-old scored his first goal for the Gunners on his first-team debut during a 5-1 win against Sunderland in the Carabao Cup earlier this month.

Despite waiting until now to make his debut, many Arsenal fans were fully aware of Patino’s growing reputation and had been calling for Mikel Arteta to give the youngster a chance.

Arsenal have produced the likes of Emile Smith Rowe and Bukayo Saka in recent seasons but Ferdinand believes Patino could be the ‘best’ to come out of the Hale End academy.

‘Go on YouTube and watch his clips. It’s a joke what you see, the talent he’s got,’ Ferdinand told BT Sport.

‘I’ve spoken to people at Arsenal and what they say about him in terms of this kid, talent-wise, could potentially be the best of the lot that’s come out in recent years. It’s a huge bar, but this kid has the talent and the big, big part of him is his mentality.

‘This kid is the next. I just feel, when you watch him, there’s a beautiful way he plays, the balance, the rhythm, the fans will enjoy watching him.’