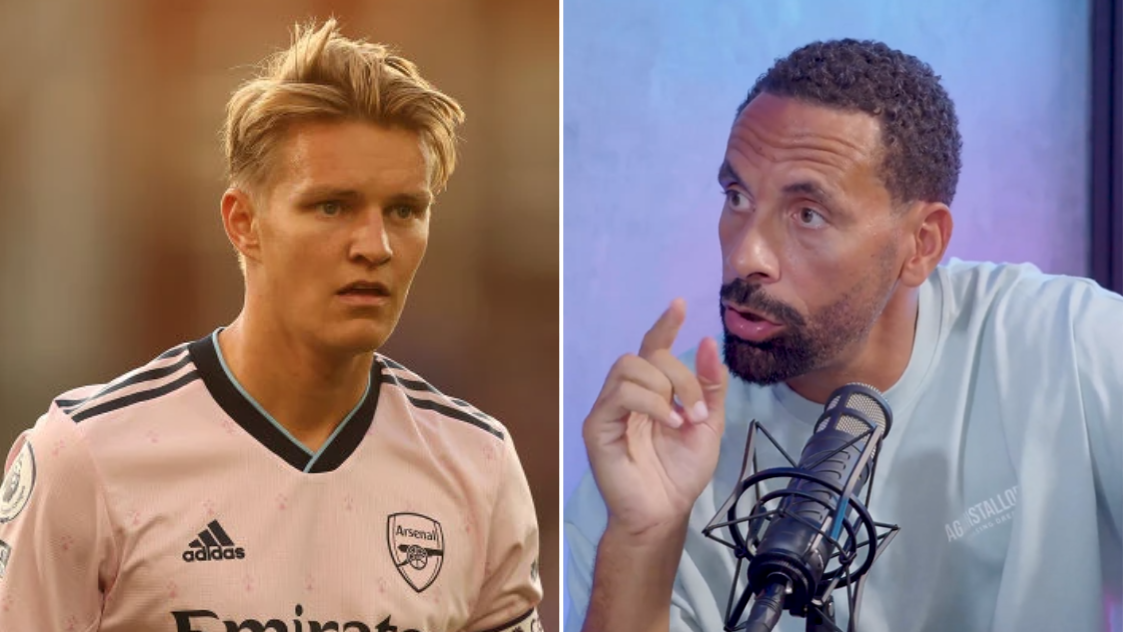 Rio Ferdinand believes Arsenal skipper Martin Odegaard could suffer a drop-off in performance this season while he is not convinced by the club’s midfield options.

The Gunners opened the new Premier League season with a 2-0 victory away to Crystal Palace on Friday night at Selhurst Park – a ground where they suffered a heavy loss last season that damaged their top-four hopes.

Arsenal sparkled in the first half-hour, taking a deserved lead through Gabriel Martinelli, though Palace had chances to level the scores through Odsonne Edouard and Eberechi Eze.

With time running out, Bukayo Saka’s cross was diverted into his own net by Marc Guehi to seal the victory for the Gunners.

Ferdinand, though, was not exactly blown away by Arsenal’s performance and feels Odegaard looked out of sorts after being handed the captain’s armband, while he also questioned Granit Xhaka and Thomas Partey.

‘I reckon you nailed it with Odegaard, I reckon that captain’s armband weighs heavy,’ said one of Ferdinand’s fellow pundits on his Vibe with Five YouTube show, referring to a conversation they had had before filming.

The United legend replied: ‘Yep! Heavy! I said that in the group chat. It could be a different Odegaard this year.’

Ferdinand was, however, impressed with Arsenal’s start to the match against Palace and the manner in which they ground out the three points, while he was blown away by Gabriel Jesus’ display despite not scoring.

He said: ‘First half they were really good. Jesus was a joke. Jesus was unreal first half.

‘I still want him to be much more of a number nine though, I don’t want him coming with his back to play because I want him to get goals – he’s in my Fantasy Football team!

‘Arsenal in the first 25 minutes, I was thinking: “Woah! Arsenal look on it!” And then Aaron Ramsdale was probably the catalyst for a bit of a nervy end to the half and then second half I was thinking: “Right this looks like Arsenal again”.

‘All of a sudden Palace are going to turn the screw, with the fans there, they’re going to get a result. But what I will say is they ground it out and got through it by hook or by crook. Palace could have had two or three goals, Eze missed a one-v-one, Edouard.’