Former Manchester United defender Rio Ferdinand has suggested that Gareth Southgate may be saving Jack Grealish for England’s other group stage matches after the Aston Villa skipper was left out of the starting side to face Croatia on Sunday afternoon. The 25-year-old was widely tipped to feature from the off for the Three Lions in their opening Euro 2020 clash, but has instead been forced to settle for a place on the substitutes’ bench.

Phil Foden, Raheem Sterling and Mason Mount were given the nod to start behind skipper Harry Kane for the visit of Croatia, who knocked England out of the World Cup in heartbreaking fashion three years ago.

Grealish was arguably England’s best performer during this month’s warm-up matches against Austria and Romania, but was overlooked by Southgate for Sunday’s all-important match.

He was at least handed a spot on the bench, with Jadon Sancho and Ben Chilwell missing out on the matchday squad altogether.

Ferdinand, who made 81 appearances for England over the course of his professional career, suggested that Grealish’s omission from the starting side may have been a tactical decision by Southgate in order to keep the Villa man primed and ready to face Scotland and the Czech Republic later in the tournament. 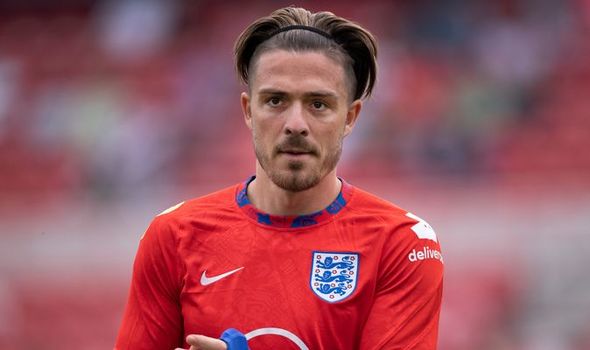 “When you look at the last three, four England games, creatively, who have we looked at to get us out of a hole?

Southgate sprung a number of other surprises with his team selection for Sunday’s match, including the decision to start Kieran Trippier at left-back despite having the option to call on Chilwell or Luke Shaw to fill the role.

Ferdinand’s fellow analyst Alan Shearer questioned the logic behind some of the England manager’s choices, highlighting the Atletico Madrid defender’s lack of experience on the left side of a back four.