Rio Ferdinand gave a passionate speech after Raheem Sterling’s £50million move to Chelsea, claiming that criticism of the England star “does my head in”, and that the forward should be more appreciated. Sterling completed a move to Stamford Bridge on Wednesday after winning four Premier League titles at Manchester City.

A topless Ferdinand took to his Rio Ferdinand Presents FIVE YouTube channel to support Sterling. “You know what, I thought I’d just come on man because Raheem Sterling just signed for Chelsea, just unveiled as a new player coming in,” Ferdinand said. “You know what, it does my head in when there’s a split opinion about him and I don’t understand it. The guy has come from London, QPR, went to Liverpool, done really well part of that forward line with [Daniel] Sturridge, Sterling and [Luis] Suarez, that was devastating at times as a young kid, a baby almost.

“Gets transferred from Liverpool to Man City, huge fee, goes there, takes a risk in some people’s eyes taking a big chance leaving somewhere that’s took a big chance on him in Liverpool big history, great forward line, great opportunity to do some great things there to play alongside the greats like Suarez and [Steven] Gerrard.

“But you know what, he saw the opportunity to go and win big trophies immediately and he said it himself in the post he put up this morning saying ‘Do you know what, I came here a boy and left a man, 11 trophies’, you can’t argue with that. 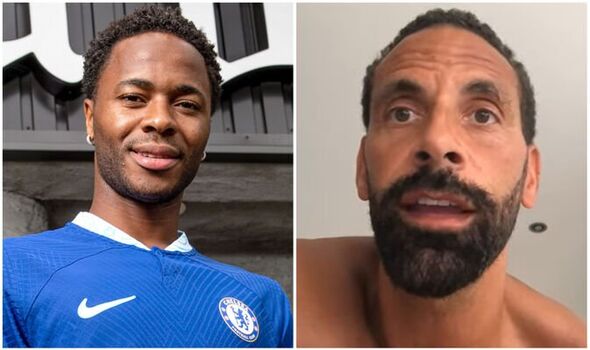 “Has there been an English player that’s had the success he’s had and still been questioned? Still been looked at and spoken about in a negative way as much as Raheem Sterling? It takes you back to the John Barnes day when he was flying and was still ridiculed and still talked about like ‘He’s not good enough for this, not good enough for England, doesn’t quite do it here’, Raheem Sterling, people always seem to find a way to tear him down and say ‘He doesn’t do this, he doesn’t do that’.”

Sterling had just one year left on his Manchester City contract after seven years at the Etihad, and Ferdinand praised the forward for his ability to perform despite facing adversity. 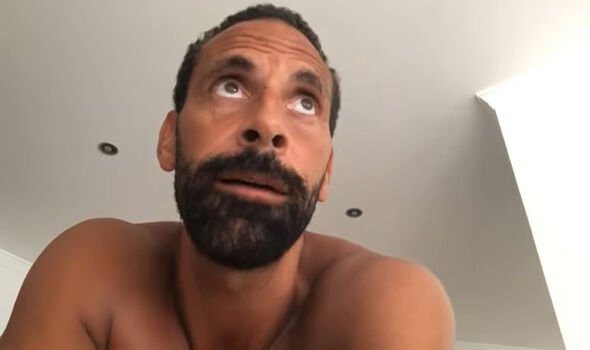 “People just want to find something in his game they’re not happy with,” Ferdinand added. “His mindset to work against all the negativity that comes his way, the mentality to stay at that consistent level for that amount of time, he should be getting championed.

“He should be getting held aloft and saying ‘Do you know what, well done because you’ve been put through some tests, not just in your personal life, which I ain’t going to go into, but your journey in football’.

“Raheem Sterling, even though you were on the other side of Manchester, I have to salute the way you carried yourself and the way you continue to do so because I know you will. So listen, good luck man and don’t be too successful because I want my boys to come back but I hope you have a good spell there.”