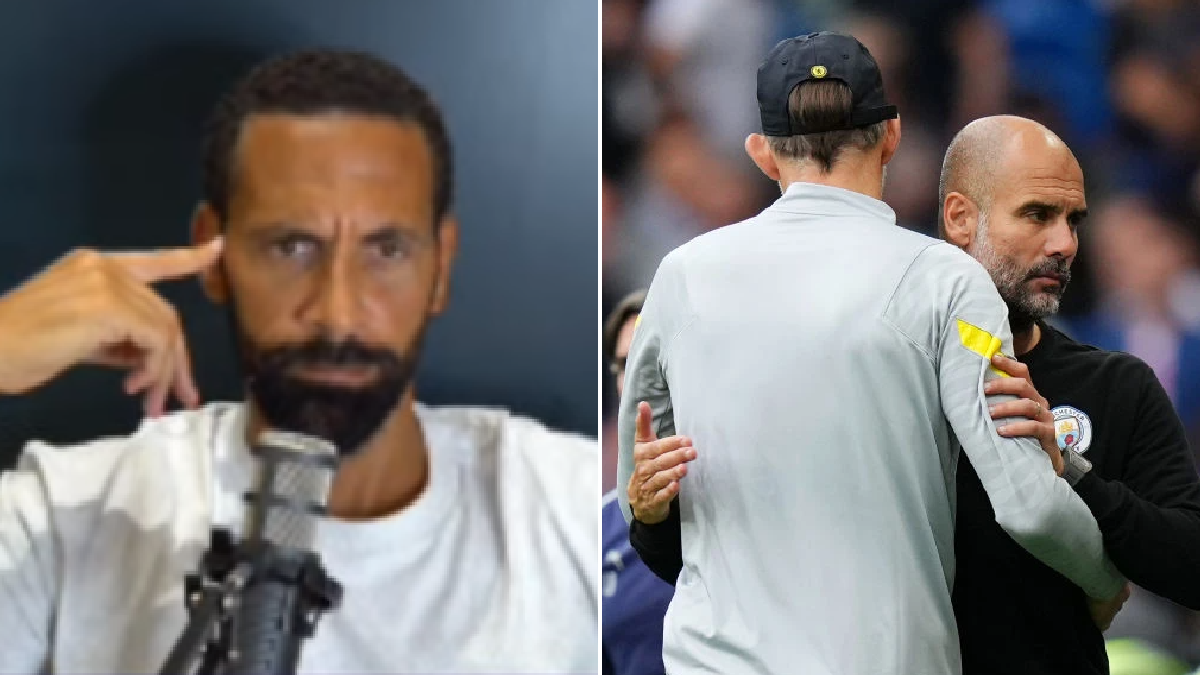 Rio Ferdinand says Thomas Tuchel made several tactical mistakes in Chelsea’s defeat to Manchester City at the weekend and no longer believes they are the favourites to win the Premier League title.

The two heavyweights faced off at Stamford Bridge on Saturday in a repeat of the Champions League final, though City outclassed their opponents and secured a 1-0 victory thanks to Gabriel Jesus’ second-half strike – though, in truth, they could have scored much more.

Chelsea, who had been unbeaten going into the game, were tipped by many people – including Ferdinand – to dethrone City this season, but the Manchester United legend has changed his stance completely after Saturday’s game.

Speaking on his Vibe with FIVE YouTube show, he said: ‘The way City played at the weekend, that is the way champions go to a rival and say, “Listen, you think you’re at our level? You guys better start working more”.

‘And I think Chelsea looked a little bit [overawed]. Tuchel said after that maybe they were a bit fazed by the occasion.

‘He changed his style of play, the formation, played two up front, which I think backfired. They didn’t play long enough, they tried to keep playing and got caught with the press.

‘In this league, in the Premier League, City will dominate every team possession-wise, every team. It’s just, can they finish the chances off?

‘I said Chelsea were favourites a couple of weeks ago, but after watching them two – probably the best two teams in the league for the last six months – I can’t see past City. Seriously I can’t.

‘Unless there’s some massive injury crisis at the club. Because what Pep does there, they dominate people in and out of possession. That’s the key, he dominates you with the ball and he dominates you without it. That was so impressive for me sitting there watching it live.’

‘Off the ball they were unreal, it reminded me of Pep’s team in Barcelona. Aggressive, pressing high up the pitch, everybody in tune, leaving space in behind but don’t worry about that, they’ve got Ederson sweeping up. And really everyone in tune with that.

‘The big thing for me is, people were saying they’ve not got a number nine, but they’re up there in all the things like most shots on target, most shots, etcetera in the league – only behind Liverpool I think in that stat.

‘It’s ridiculous what they’re doing, and a lot of that is they keep the ball off the other team with possession etcetera, but the way these guys are pressing!’