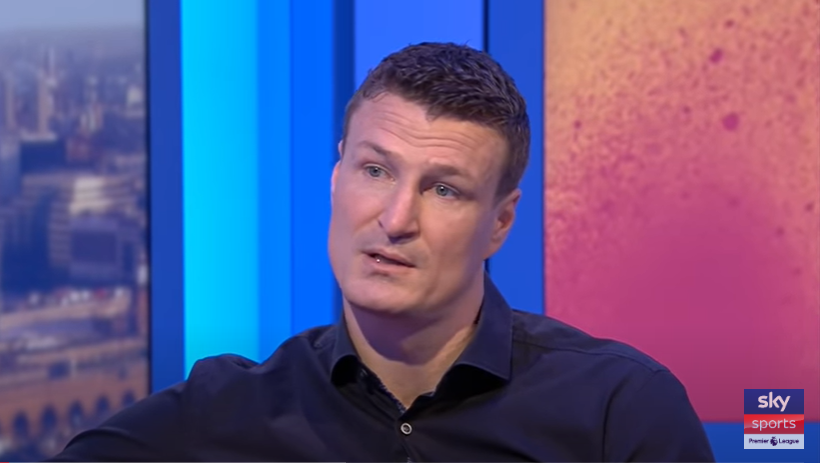 Chelsea will play their first Premier League game in the post-Tuchel era tomorrow when they travel across London to face Crystal Palace.

Tuchel lost his job at the start of September after his 100th game in charge ended in defeat to Dinamo Zagreb in the Champions League.

Despite an underwhelming start to the 2022-23 campaign, Chelsea largely impressed under Tuchel, winning the Champions League in his first season in charge and reaching both the FA Cup and League Cup finals last term.

Chelsea have hired ex-Brighton boss Graham Potter as Tuchel’s replacement but Huth believes the decision to change managers will cost the club a top-four spot this season.

The Blues go into this weekend’s round of fixtures sitting seventh with 10 points from six games.

With Huth predicting a disappointing season for Chelsea, the former Germany defender believes north London rivals Arsenal and Tottenham will both finish in the top-four, alongside Liverpool and defending champions Manchester City.

Arsenal, Man City and Spurs are currently separated by just one point at the top of the table, with Potter’s former club Brighton fourth after a brilliant start.

Manchester United have won their last four games to climb to fifth, above newly-promoted Fulham, Chelsea and struggling Liverpool.

‘My opinion on this year’s top four has all changed with the sacking of Thomas Tuchel,’ Huth told Ladbrokes.

‘I was expecting Chelsea to be right up there, especially after the recruitment they did in the summer. But now I just don’t see them doing it.

‘I think Arsenal need to finish in the top four. With the money they’ve invested in the team and the time they’ve given Mikel Arteta, you’d have to say it would be a bit of a failure if they didn’t make it this season.

‘It’s really now or never, for me; it’s Arteta’s third year, he’s brought in Gabriel Jesus and Oleksandr Zinchenko who have massively improved the team.

‘In the past, they’ve fallen short with a few games to go, but this year I think they’ll sneak in. They’ve got that real grit, the kind of grit I’ve not seen at that club for a while now.

‘It’s great to see. Arteta’s always on the touchline, fighting every ball and it really translates to the team.

‘When it’s been tough, they’ve dug each other out, and of course it’s going to get tougher and they’re going to have down days; no one is expecting them to play the perfect season. But so far in the aftermath of those downs, they’ve performed to a really good standard.

‘You can only go off what we’ve seen so far, and for me I think Arsenal will sneak into that top four with Tottenham, Liverpool and obviously Manchester City.’

Huth – who was at Chelsea for four years before enjoying spells at Middlesbrough, Stoke City and Leicester City – added: ‘How many times do we see these kind of decisions being made, where a manager is losing their job a couple of days after the transfer window closing?

‘It’s such a vital time for players and managers, so it just doesn’t make sense to me. Whether or not something has gone on behind the scenes, I don’t know.

‘If you’re Aubameyang, you’re obviously looking forward to working with Tuchel again, and now it’s gone out of the window and you’re playing for a new guy.

‘I can’t make sense of it at all; it would have made much more sense if it happened before the season started, or if they gave him more time with this new group of players.

‘We hear managers all the time talking about wanting their own players, and Graham Potter hasn’t been afforded that luxury, so it’ll be interesting to see how he gets them going. Nevertheless, it’s still a fantastic squad so there are no excuses on that front.

‘Chelsea should really be close to the top four, but I just think in terms of the other managers at the top end of the table – without being disrespectful to Potter whatsoever – the likes of Pep [Guardiola], [Jurgen] Klopp, [Antonio] Conte and [Mikel] Arteta, I think they’re all ahead of him in terms of experience at this level.

‘I fear that Chelsea will miss out on the top four. Potter’s not had to compete for prizes, for trophies and for Champions League football before – not at this level.

‘The top five or six teams in the division are very close in terms of quality on the pitch, but when it comes to the dugout, there are at least four other sides with more experienced managers which will be a massive advantage over the course of the season.’