Manchester City midfielder Rodri has revealed he ignored Ederson’s advice before stepping up to take a penalty in their 3-0 win against Tottenham.

The Spain international became the seventh City player to take a Premier League spot kick for the club this season after Pierre-Emile Hojbjerg fouled Ilkay Gundogan.

Bernardo Silva was then seen relaying a message from the Brazilian goalkeeper to the 24-year-old former Atletico Madrid star about where he should aim his penalty. 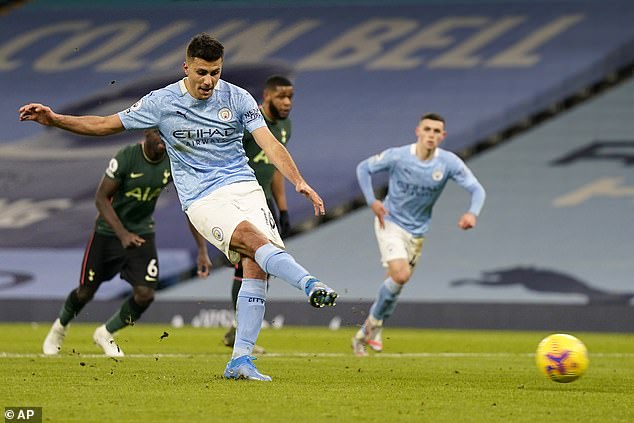 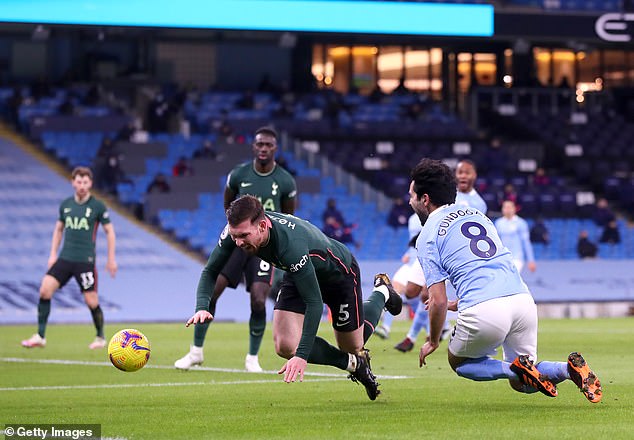 But Rodri revealed to Sky Sports after the game that he did not feel confident carrying out the recommended course of action by Ederson, and his blushes were just about spared when he squeezed the penalty past Hugo Lloris, who got a hand to the effort.

‘Keepers know each other and he [Ederson] told me some specific points about Lloris and where I should put the penalty,’ Rodri said.

He then said laughing: ‘I did not listen,’ before adding: ‘Because many times it is better to focus on where you are confident and I was confident to shoot that way and luckily it went in.

‘We were laughing in the locker room that the next penalty I am going to take for sure!’ 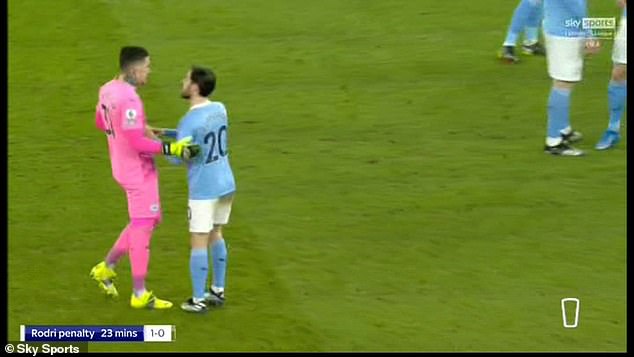 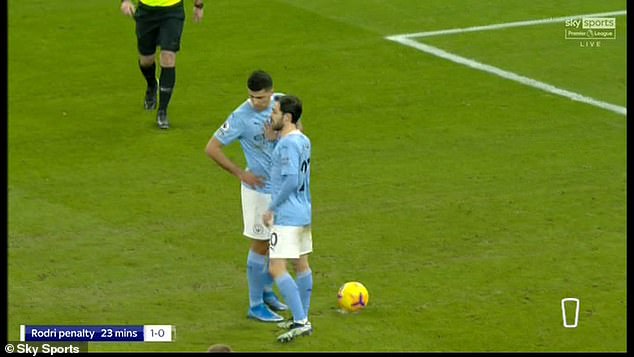 The Spaniard had never taken a penalty in a professional match before stepping up against Jose Mourinho’s men, with the club having missed eight of their 17 spot kicks this season.

City boss Pep Guardiola insisted earlier this week that Ederson was himself a genuine option to take penalties after Gundogan missed at Liverpool last weekend.

But Rodri revealed he informed his team-mates in midweek that he would step up next after being left ‘angry’ by City’s failures from the spot this season. 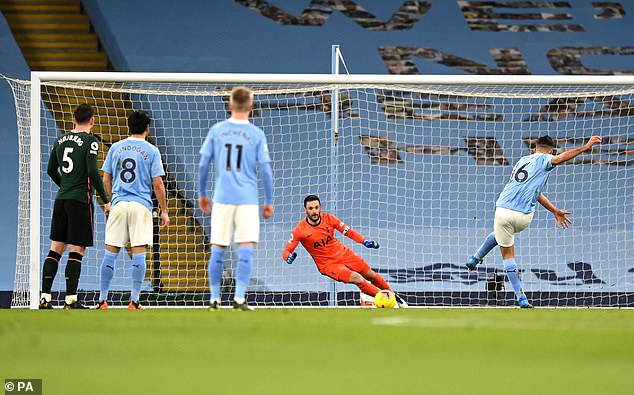 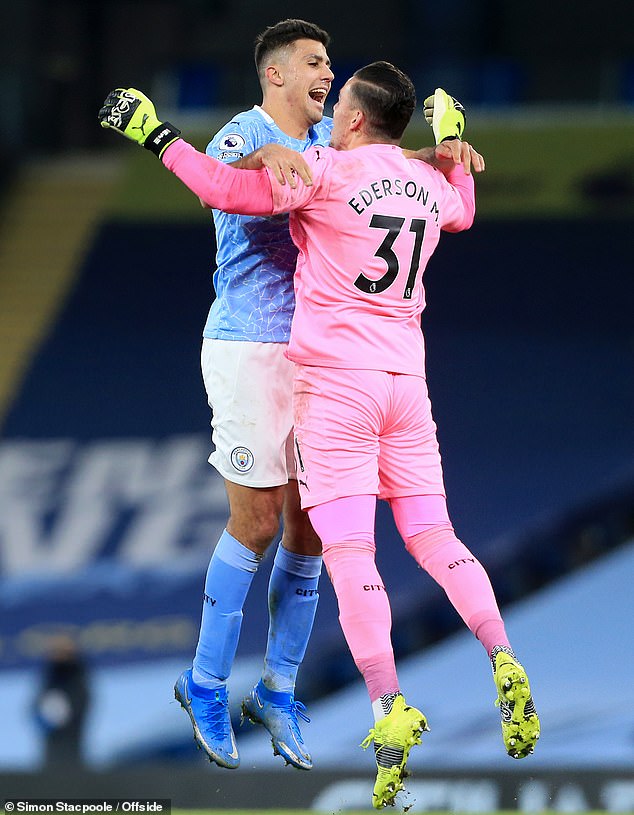 ‘I was a bit angry in the last weeks because we miss many penalties, many more than we expect, and in big games you have to score penalties because the differences are so small.

‘I told my team-mates in the week I would take the next penalty, no one took the ball away from me and fortunately I scored.’

Rodri’s penalty was then followed up by two goals from Germany midfielder Gundogan as City made it 16 straight wins across all competitions to go seven points clear at the top of the Premier League table. 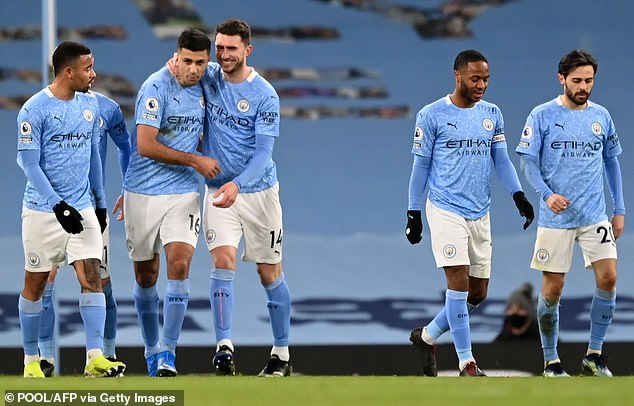 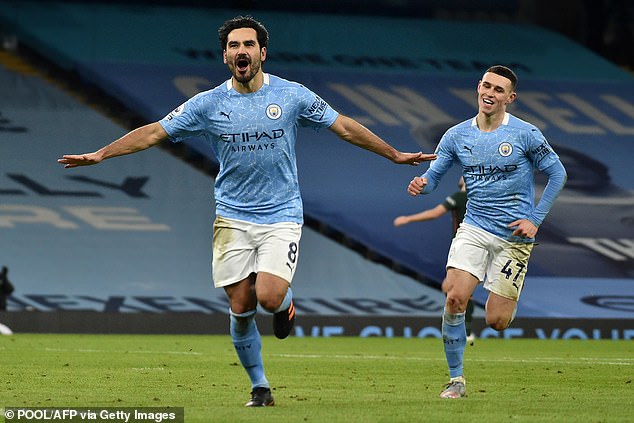