Roma are in talks with Arsenal over the signing of Granit Xhaka, according to reports in Italy. The Swiss international has endured a difficult time in north London having failed to win over the entire fanbase and now he could finally be set to say goodbye to the club.

Xhaka was snapped up from Borussia Monchengladbach in the summer of 2016 by Arsene Wenger, meaning he is now one of Arsenal’s longest-serving players.

The midfielder has been a favourite under Mikel Arteta and has played a number of different roles in the Spaniard’s side including left-back this season.

He looked desisted to leave the club in November 2019 when he was stripped of the Arsenal captaincy by Unai Emery.

After being cheered off following a substation, Xhaka swore at the supporters and removed his shirt before cupping his ears. 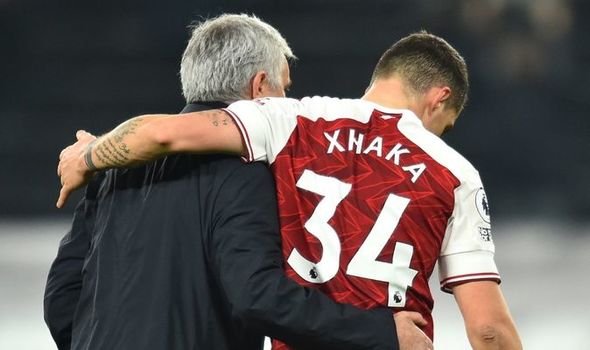 But he has since regained the respect of some supporters having turned his Arsenal career, putting the incident behind him.

Now according to Italian journalist Gianluca Di Marzio, Roma are in talks to sign Xhaka.

There is said to be no agreement between the two clubs as of yet but they are working to wrap up the deal.

Xhaka has just two years remaining on his contract and Arsenal want to sell players this summer to raise funds.

In the past, the Gunners have paid the price for holding onto players for too long as their contract run down.

Hector Bellerin, Bernd Leno and Alexandre Lacazette could also move on before the start of next season.

Xhaka has previously been targeted by a host of Bundesliga sides including Hertha Berlin.

Now he looks set to become the first signing of the Mourinho era, as the former Tottenham boss looks to rejuvenate his squad. 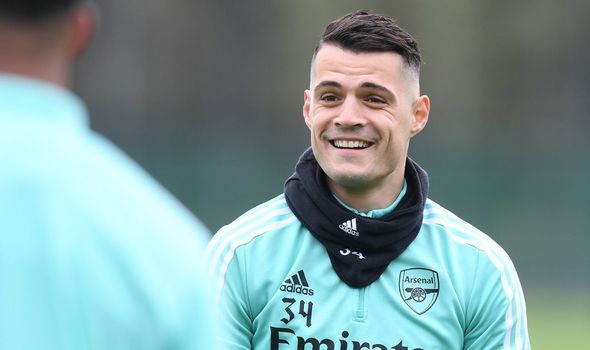 A host of Premier League players have already been linked with a move to Roma, including Rui Patricio, Juan Mata, Donny van de Beek and Daniel Podence.

Mourinho has previously made his admiration for Xhaka known, claiming he does not get the respect he deserves at Arsenal.

He once said of the Gunners midfielder: “Xhaka is the main man in the entire Arsenal midfield, you can’t see it unless I lend you one of my eyes.

“Without him, Arsenal is lost. He is a leader. Remember, mistakes are made by humans.”