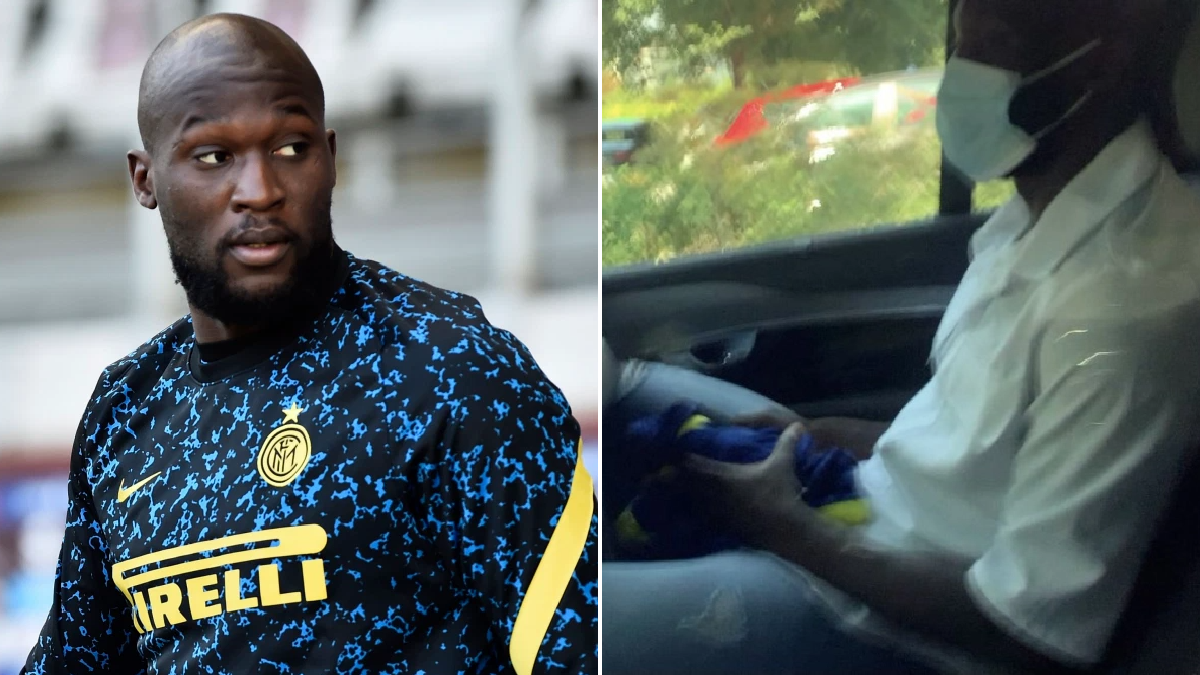 Romelu Lukaku was seen holding what appeared to be a Chelsea shirt after completing a medical in Italy today ahead of his proposed club-record move to Stamford Bridge.

The Belgian forward is now expected to travel to London later on Monday or on Tuesday to complete the deal which will see him return to the club he left seven years ago.

A video posted on twitter by FC Inter News reporter Egle Patane shows Lukaku leaving his medical in Milan while holding what looked to be a Chelsea shirt in his hands.

Chelsea were hoping to bring in Lukaku in time for the Uefa Super Cup game against Villarreal in Belfast on Wednesday, but the hold-ups have meant that has not been possible.

Lukaku was happy to stay at Inter but financial difficulties at the club amid the Covid-19 pandemic meant a deal in the region of £97.5m was just too good to turn down.

The Belgian spent three seasons at Chelsea between 2011 and 2014, but only made 15 appearances for them before also playing for Everton and Manchester United.

The 28-year-old joined Inter in 2019 and is now regarded as one of Europe’s top strikers after successfully helping the Italian giants to win the Serie A title last season.

He is expected to sign a five-year contract which will see him earn around £195,000 a week after tax, making him the highest earner at the club.