Romelu Lukaku has tested negative for Covid-19 and has travelled to Belgium for their World Cup qualifiers, Belgian officials confirmed on Monday.

The 27-year-old’s participation in the squad was uncertain after an outbreak at his club Inter Milan saw four players test positive and Saturday’s match against Sassuolo postponed.

But Lukaku tested negative for coronavirus late last week and did so again on Monday, granting him permission from the city’s health authority to leave Milan.

The striker, who was also named in Roberto Martinez’s original squad, will now team up with the national team ahead of matches against Wales, Czech Republic and Belarus. On Friday, Martinez had conceded Lukaku was far from certain to feature for Belgium, but his inclusion comes as a timely boost to a squad who will be without Real Madrid’s Eden Hazard and midfielder Axel Witsel.

Hazard, the Belgium captain, is unavailable as he continues to battle a persistent ankle injury that has required two operations.

Belgium host Wales in Leuven on Wednesday at the start of their Group E, World Cup 2022 qualification campaign, before the Red Devils take on the Czech Republic in Prague on Saturday and Belarus at home on March 30.

Ramsey out of games against Belgium and Czech Republic 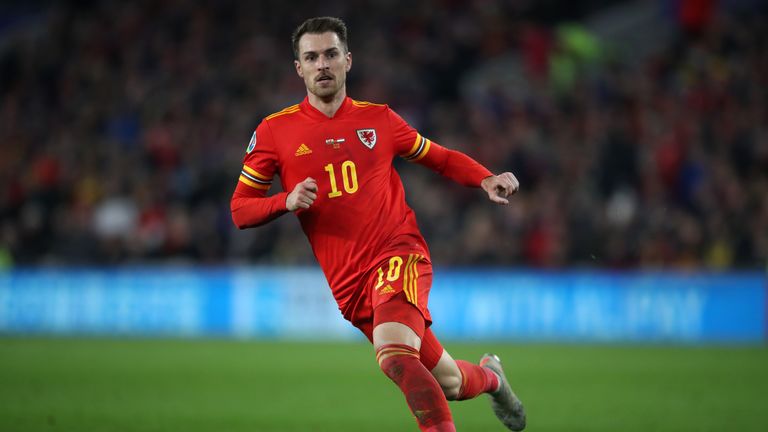 Aaron Ramsey has been ruled out of Wales’ opening two World Cup qualifiers against Belgium and Czech Republic with a thigh injury.

Ramsey will miss Wednesday’s trip to Belgium and the Czech Republic’s visit to Cardiff six days later after picking up the injury at his club Juventus.

“Aaron Ramsey is unable to join up with the squad due to injury,” the official Wales Twitter account posted.

The 30-year-old former Arsenal midfielder has missed Juventus’ last two games and it was reported in Italy that he would not be fit until after the international break.