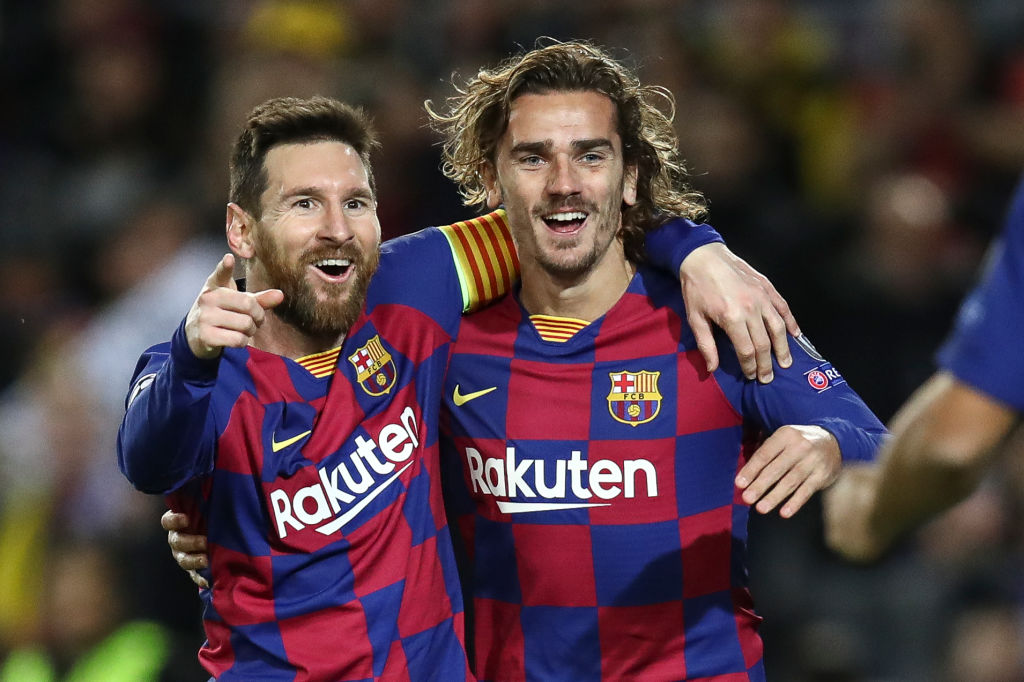 Messi is set to join Paris Saint-Germain in the next 48 hours after a bizarre turn of events meant Barcelona were unable to register the 34-year-old, who had agreed a deal to stay at the Camp Nou.

Barcelona’s reliance on Messi needn’t be stressed and Koeman’s job was made even harder yesterday with news that Sergio Aguero is set to miss at least the next two months of action.

Gerard Pique admitted yesterday that the club’s dressing room has been left ‘broken’ by Messi’s departure but Koeman believes it is on the rest of the team to step up and he’s tipped Griezmann to make up for the Argentine’s exit.

‘Despite the farewell to Leo Messi, we are very excited about this new season,’ said Koeman.

‘With the squad we have, the signings we have made and also young people have come up, which is always the future of this great club.

‘We are convinced that we will give you many joys this season. With a lot of help, a lot of sacrifice and a very good job we will achieve the maximum. We know what it is to be from Barca and what this club represents.

‘It is important to have the best, but we don’t change our ideas or the way we play either. Griezmann has played in his position and he has done well.’

Thousands of fans turned up at Paris Saint-Germain’s training base yesterday in preparation for Messi’s arrival but the Argentine remained in Spain.

Reports in Spain claim Barcelona have made a last-ditch attempt to re-sign Messi but he has agreed a deal to join PSG.