Cristiano Ronaldo has followed his new Al-Nassr team-mates on Instagram after signing a £175m-a-year deal with the Saudi club.

The Portuguese superstar is embarking on a new chapter after taking a step away from European football to join the Saudi Pro League club, following his tumultuous exit from Manchester United.

Ronaldo was unveiled as an Al-Nassr player on Tuesday and has already met up with his new team-mates – also following them on Instagram. 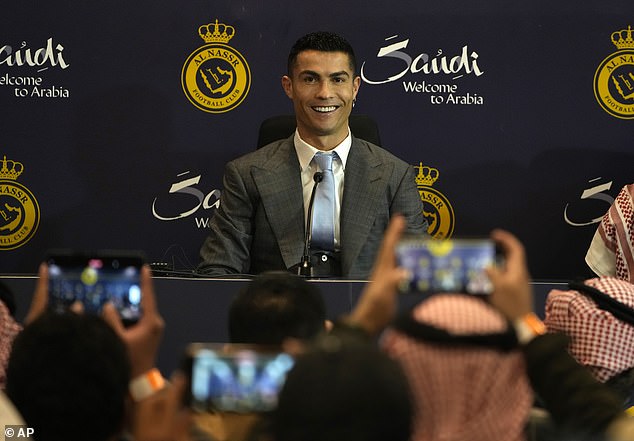 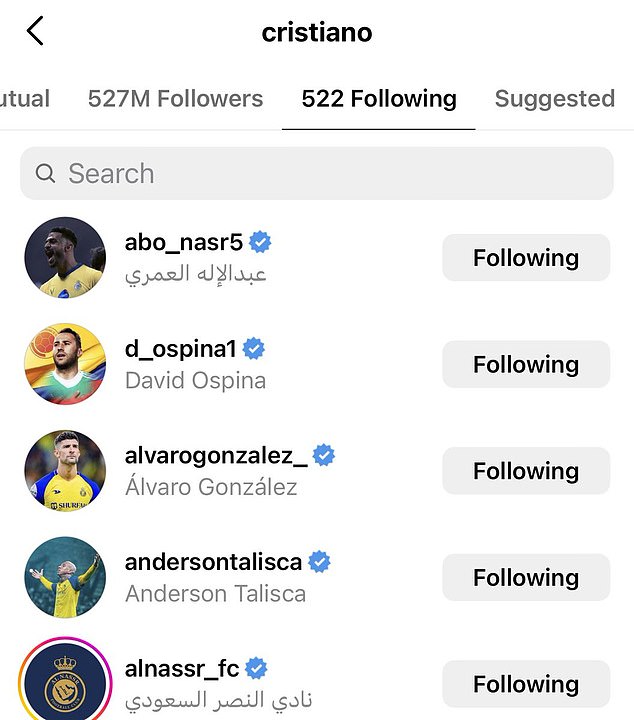 Among those he has followed include former Arsenal goalkeeper David Ospina, ex-Spain Under-21 international Alvaro Gonzalez and former Brazilian Under-23 forward Anderson Talisca.

After following them on the social media platform, he was later seen going around the Al-Nassr dressing room and greeting the players who he will share a pitch with for the foreseeable future.

Ronaldo has touched down in Riyadh and completed his medical after being put through his paces at the Al-Nassr medical centre. 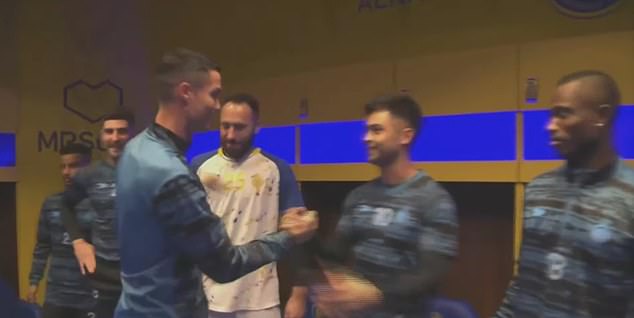 The former Manchester United star, speaking to the press, informed the media that he turned down offers across Europe and South America before signing with the Saudi club.

He also said that he was aware of the current group of players at Al-Nassr and wanted to help them win trophies.

He said: ‘I just want to say I feel very happy to be here. It’s a big challenge for me to change from Europe to Asia but I know the group and it’s fantastic.

‘I’m here to help the team to win stuff, to enjoy and give my best.’

Ronaldo has already made an impact at his new club, who appeared to have around 860,000 followers before the global icon made his move to the Middle East. 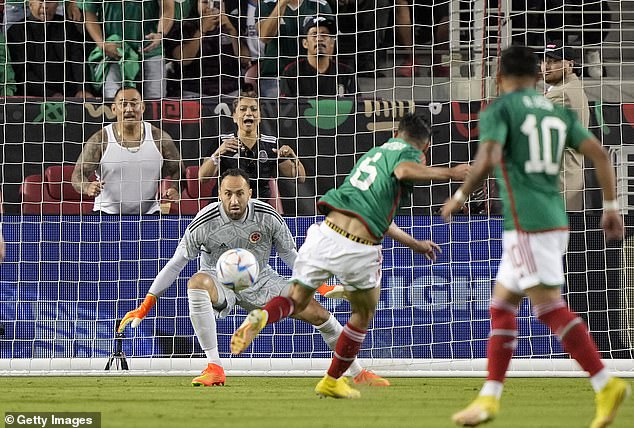 The CR7 brand has clearly done wonders for Al-Nassr who now have 7.9 million followers on Instagram.

After completing his medical and speaking to the media he will also meet Al-Nassr’s supporters at the club’s home ground, Mrsool Park.

The stadium has a capacity of 30,000 and is expected to be packed for his unveiling. 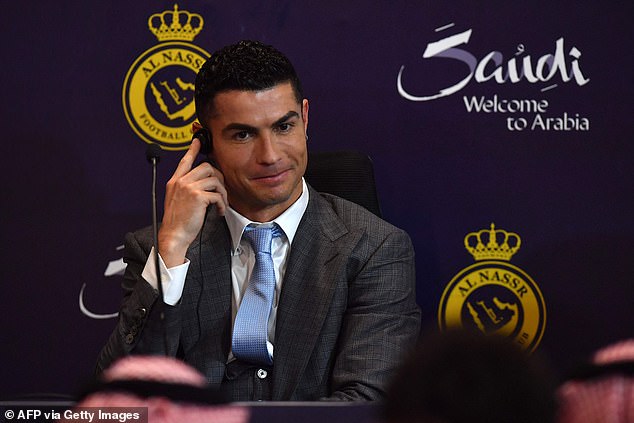 Al-Nassr fans may not have to wait too long to see their new signing in action either, as Ronaldo could make his debut on Thursday if he is deemed to be fit enough to play.

Al-Nassr are playing Al Ta’ee at home on Thursday, which manager Rudi Garcia could decide is the perfect game to hand Ronaldo his debut.

This could be a tight call for Garcia, though, given Ronaldo’s lack of game time in recent weeks. The former Manchester United forward has not played since Portugal were knocked out of the World Cup by Morocco on December 10.