Cristiano Ronaldo scored the decisive goal in a sensational Manchester United comeback in the Champions League to send Ole Gunnar Solskjaer’s side top of Group F.

United went behind when Atalanta netted two goals inside half an hour. But Marcus Rashford and Harry Maguire levelled after the break before Ronaldo headed home on 81 minutes to crown the victory.

The Portugal star’s redeeming strike boosted Solskjaer’s side to the the top of their group after having been bottom when 2-0 down. 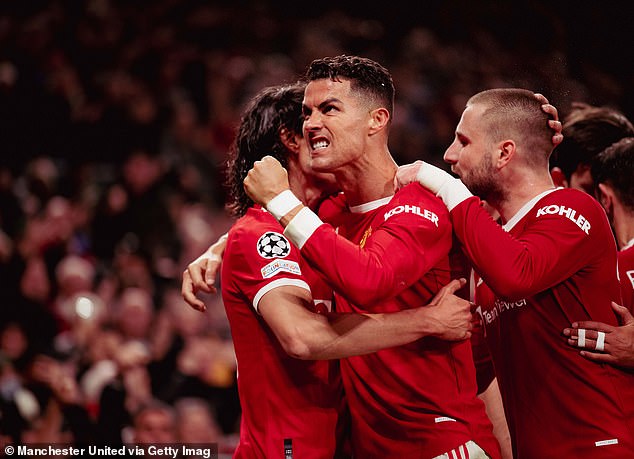 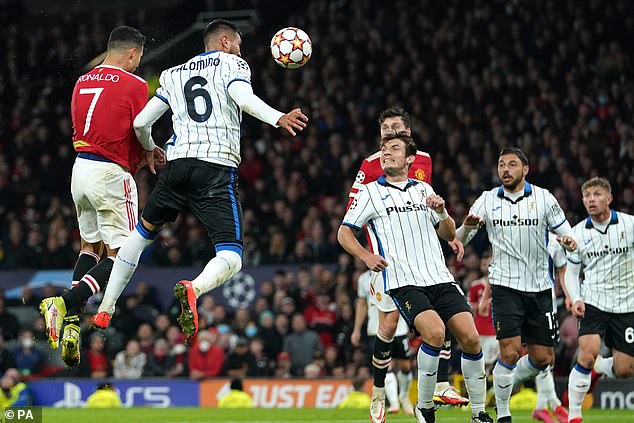 Following United’s theatrics on the pitch, Ronaldo took to Instagram to praise the atmosphere at the Theatre of Dreams.

Alongside the post of photos from the game, he wrote: ‘Yes! The Theatre Of Dreams is on fire! We are alive! We are Man. United and we never give up! This is Old Trafford!’

Gary Lineker lead the praise for the Red Devils star, hailing him as the ‘best attacking header of a football the game has ever seen’. 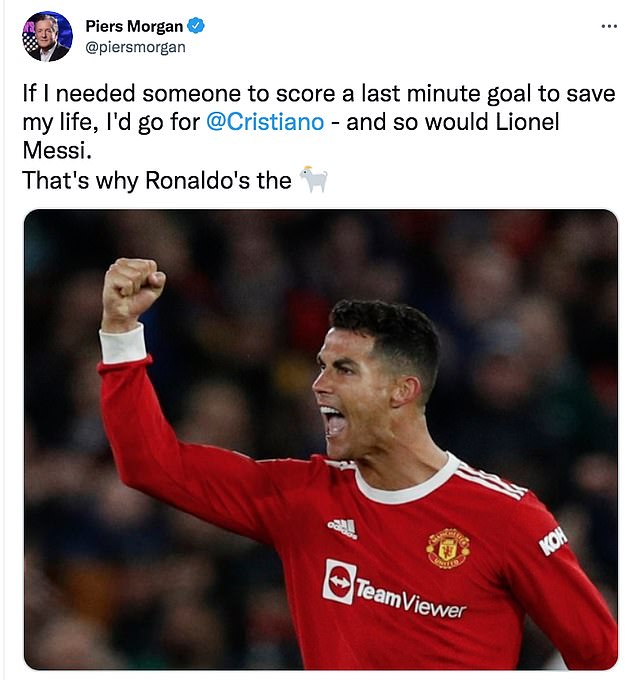 While Piers Morgan boldly claimed both he and Ronaldo’s long-standing rival Lionel Messi would turn to the Portugal international ‘to score a last minute goal to save his life ‘.

Some fans took to social media to recognise the feat the five-time Ballon d’Or winner achieved on Wednesday.

One account highlighted that the winner was Ronaldo’s 140th career headed goal, while even the Guinness World Records chimed in to note that he had extended his record for the most goals scored in the Champions League. 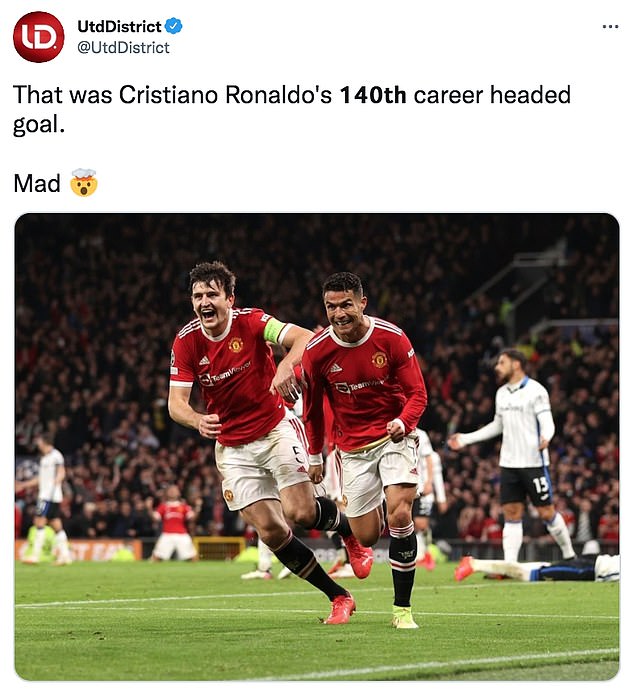 ‘In Madrid these celebrations were like once every UCL trophy, Ole is making Ronaldo do it on matchday 3,’ wrote one.

Meanwhile, another joked that Ronaldo ‘really didn’t want to play in the Europa League’. 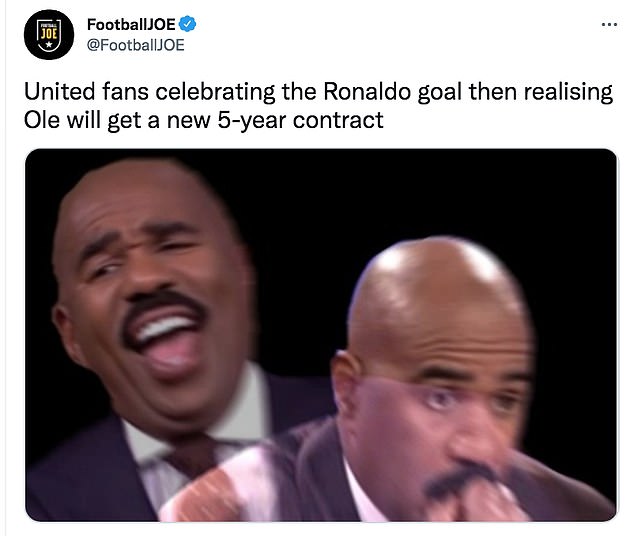 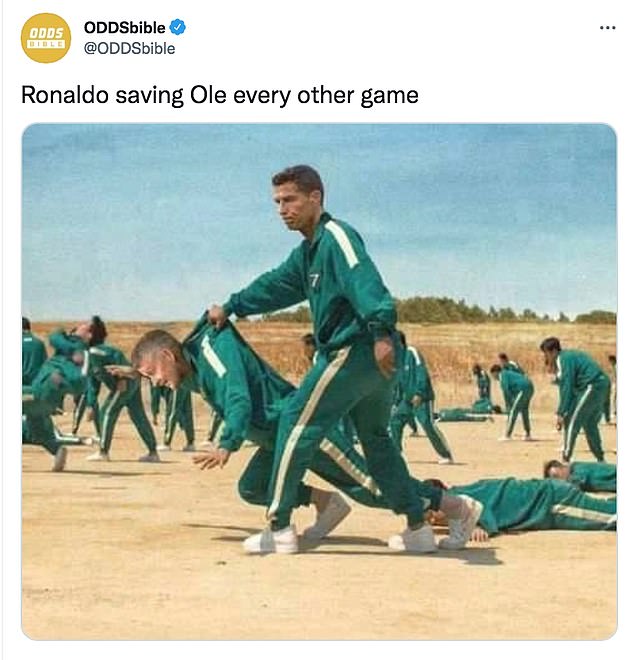 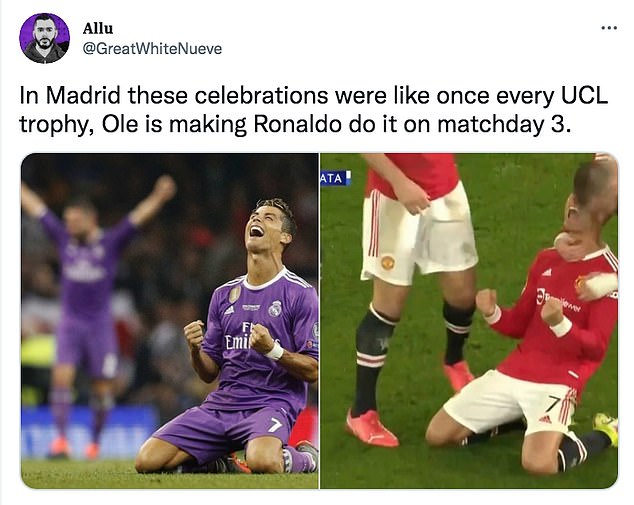 Other fans saw the amusing side, insisting Ronaldo ‘didn’t want to play in the Europa League

While others just seemed to be in awe of the United legend, with Red Devils fans in particular thanking him for the attacking display.

‘People will talk about this man in 500 years. Something else,’ wrote one, while another claimed they ‘didn’t even have words’.

Other fans thanked Ronaldo for his display, insisting he belongs in footballing folklore