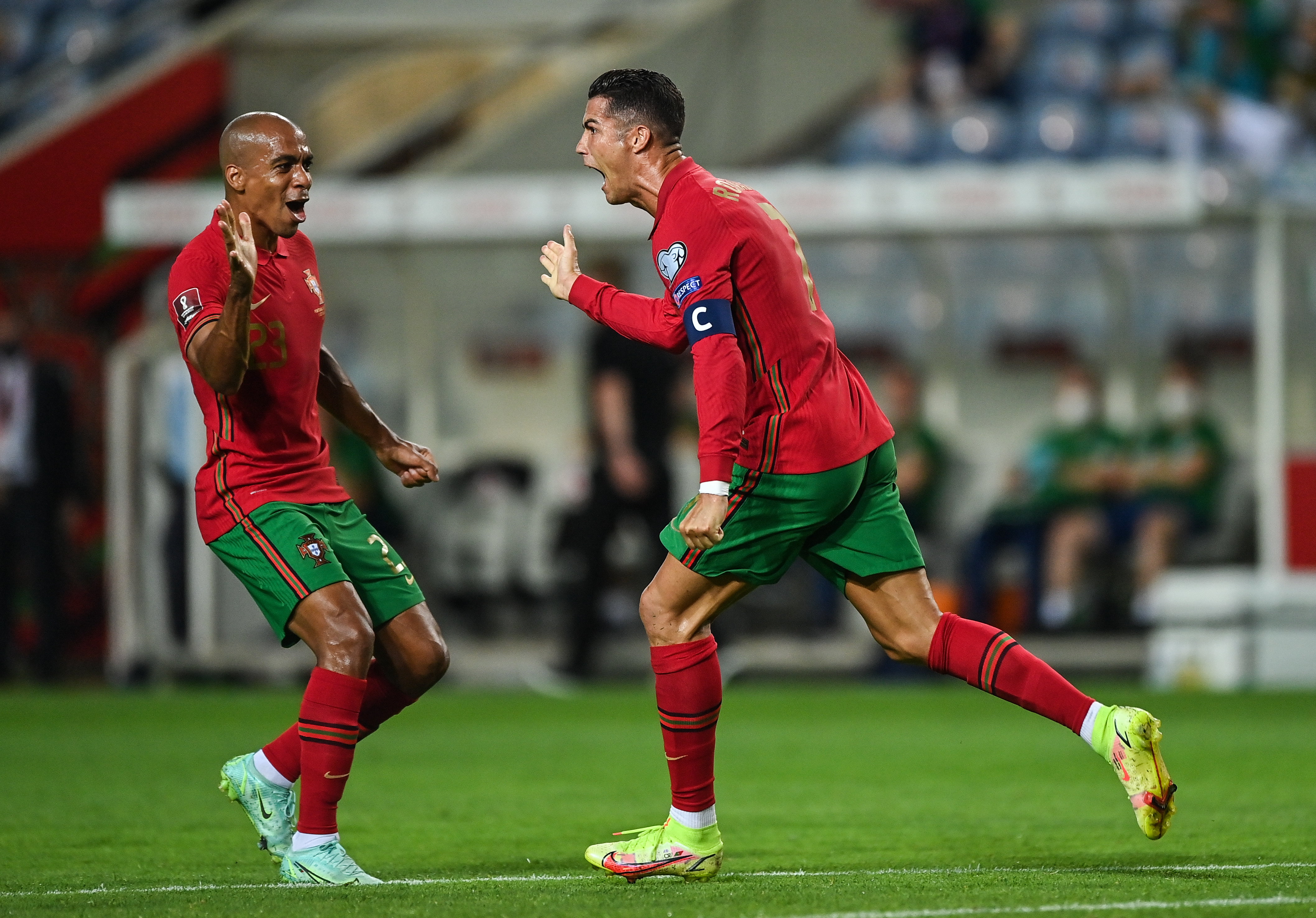 Cristiano Ronaldo became the top scorer in the history of international football as he scored two stunning late headers to hand Portugal a thrilling 2-1 victory over the Republic of Ireland.

The 36-year-old went level with Iran’s Ali Daei on 109 goals with a double in Portugal’s Euro 2020 group-stage clash with France in July and the record will undoubtedly have been at the forefront of his mind heading into this evening’s World Cup qualifying clash at the Estadio Algarve.

Ireland had looked set to pull off a shock win away from home but Ronaldo had the last laugh with two near-identical headers to seal all three points for the hosts, taking his tally up to 111 goals from 180 games for his country.

A perfect opportunity arose for Ronaldo to write his name into the history books as the hosts were awarded a penalty in only the 11th minute of Wednesday’s dramatic Group A encounter, with Jeff Hendrick adjudged to have fouled Bruno Fernandes inside the box.

But after a long wait for VAR to check the decision, the five-time Ballon d’Or winner stepped up and saw his spot-kick denied by an inspired Gavin Bazunu, who made a top save to his right.

The teams had looked set to go into the break with the scoreline at 0-0 but John Egan had other ideas, nodding home a dangerous corner from Jamie McGrath to give Ireland the lead on the stroke of half-time.

The visitors kept Portugal at bay right up until the final few minutes and Bazunu again came to the rescue with a superb stop to deny a powerful free-kick from an increasingly frustrated Ronaldo.

However, Ronaldo, so often the man for the big occasion, produced two pieces of magic in the 89th and then the 96th minute to cap off a memorable week in the wake of his sensational return to Manchester United.

First, Ronaldo towered over Ireland’s tiring defenders to head Goncalo Guedes’ cross past Bazunu before leaping highest to repeat the feat in the sixth minute of stoppage time, sending the home crowd into raptures.

Speaking ahead of the match, Guedes said Portugal’s players would be doing ‘everything possible’ to help Ronaldo achieve the astonishing feat.

‘Cristiano is a player who inspires a lot of people,’ the Portugal and Valencia winger told reporters.

‘His presence in the national team is essential and it’s a great pride and privilege to share the dressing room with him.

‘You can only enjoy playing in the same team and we’ll do everything possible to help him beat the world record.’