Another double for Ronaldo! Manchester United superstar Cristiano wins the Sir Matt Busby Player of the Year and Goal of the Season awards, as he sweeps up accolades in his first season back at Old Trafford

Cristiano Ronaldo has won the Sir Matt Busby Player of the Year and Goal of the Season in his first year back at Manchester United.

The 37-year-old enjoyed a fantastic campaign on his return to England, registering 24 goals in all competitions and defying anyone who doubted whether he was still cut out for the Premier League.

The forward’s first goal from their 3-2 win over Tottenham at Old Trafford, a long-range strike reminiscent of his first stint in Manchester, was voted by fans as the best goal of the campaign. 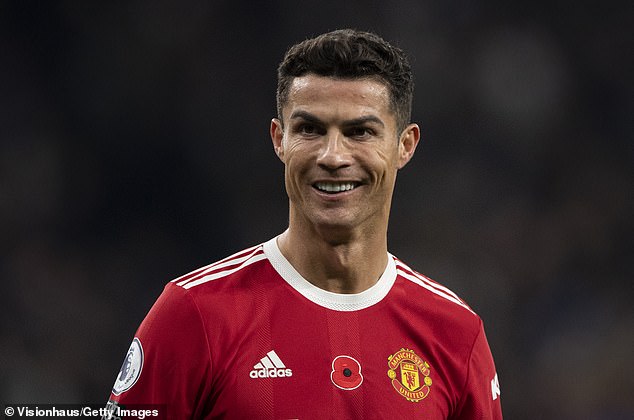 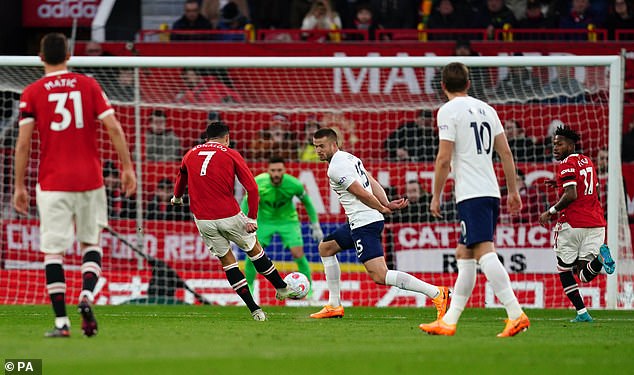 Current goalkeeper David de Gea is the only player to have won the fan-voted award as many times as the Portuguese superstar.

The veteran forward was United’s most impressive player this year after scoring 18 goals in his first Premier League campaign since 2009, following his free transfer from Juventus in the summer.

There were questions marks over the former Real Madrid player’s fitness and whether he could adapt to the intensity of the English top flight – but the five-time Balon d’Or winner took like a duck to water in his return to Old Trafford. 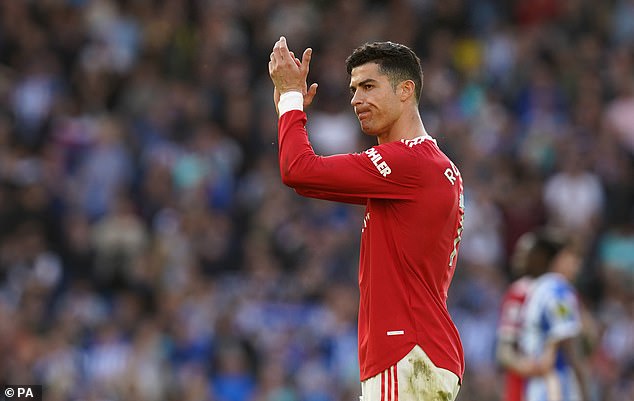 Fans also voted Ronaldo’s opening goal against Tottenham in March as the Goal of the Season.

The strike was a deserved winner with the Portuguese forward smashing the ball into the top corner from 30 yards out, leaving Spurs and France goalkeeper Hugo Lloris helpless.

Ronaldo’s impact this year was obvious, with his superb volley in the reverse fixture against Spurs being the runner-up in this season’s official poll as well.

The 37-year-old has one year remaining on his deal at United and, despite the club’s recent woes, he remains optimistic about the club’s future under Ten Hag but insisted ‘things need to change’.

Shrewsbury manager Steve Cotterill opens up on battle with Covid