Report and highlights to follow as Motherwell beat Ross County to end a long wait for a Scottish Premiership victory; Devante Cole and Bevis Mugabi score the goals at the Global Energy Arena; Oli Shaw had given the hosts the lead early on in the relegation clash 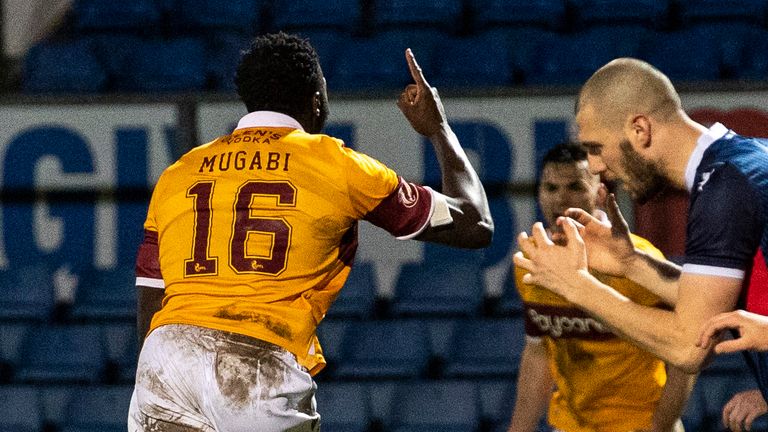 Motherwell came from behind to claim all three points for the first time since October with a 2-1 win at fellow strugglers Ross County.

Second-half goals from Devante Cole and Bevis Mugabi saw the Steelmen leapfrog County in the Scottish Premiership table, after Oli Shaw had given the hosts an advantage in the 14th minute.

It is the first time Motherwell have come from behind to claim any points all season and sees them move up to 10th in the table.

But John Hughes will be left ruing an under-par performance from his Staggies side after half-time, as they sank closer to the foot of the table once again.

The first real opportunity of the match fell to the visitors. Robbie Crawford found a pocket of space outside the County box and tried to thread a ball through to the forwards – where it did eventually find its way through to Cole.

He barely had time to pull the trigger though before Ross Laidlaw charged him out. 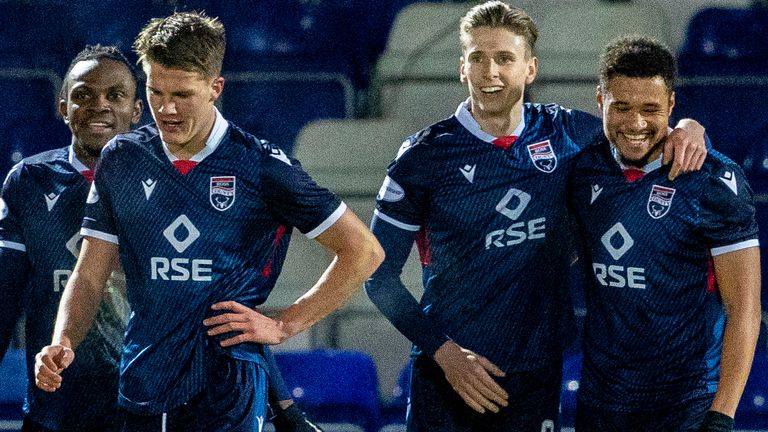 Just a couple of minutes later, the hosts had the lead. Jermaine Hylton brilliantly took down a long ball forward with his touch getting him goal-side of Declan Gallagher.

One-on-one with Liam Kelly, Hylton would have fancied his chances, but although Kelly was able to get a hand on his shot he could do nothing to stop Shaw latching on to the loose ball and tapping into an empty net.

The first half fizzled out with neither team creating many chances, but Motherwell came out firing on all cylinders at the start of the second half. 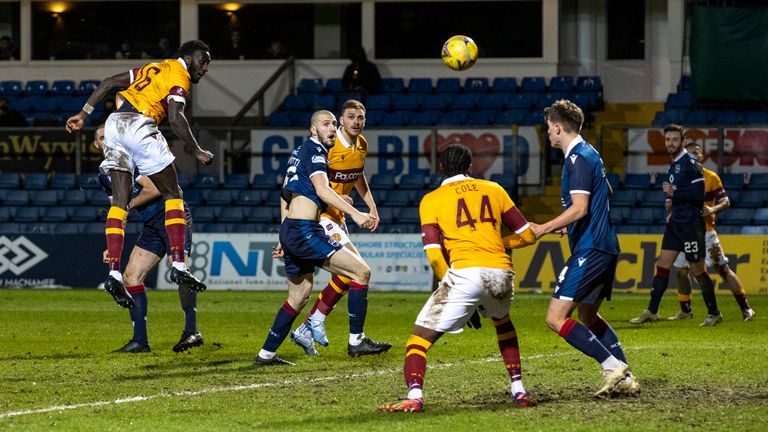 Tony Watt’s shot was the catalyst in the 51st minute, an effort that Laidlaw appeared to have covered – only for him to spill it into the path of Cole.

It was a simple finish for Cole, who claimed his third goal in four matches by finding the bottom corner to see Motherwell score an equalising goal for the first time this season.

Motherwell’s tails were up after scoring, and coupled with the Staggies starting to look tired, it looked like things may get even better for the visitors.

They did go in front in the 72nd minute, with Mugabi rising highest to direct the ball just inside Laidlaw’s far post.

County tried to respond, and their substitutions were attacking, bringing on Michael Gardyne, Billy Mckay and Blair Spittal – the latter for his first County appearance since last March.

But they could not force an equaliser, leaving the visitors to celebrate a much-needed three points.

Neither Ross County nor Motherwell are in action until next Wednesday, as County visit Hamilton in another crunch clash at the bottom, while Motherwell host Dundee United.