​​​​​​Crooks struck in the 86th minute to end Preston’s run of four straight away wins in the Championship and end the hosts’ two-match losing streak.

Captain Richard Wood put the Millers in front early in the second half, only for Ryan Ledson to bring Preston level with 10 minutes to play.

Rotherham manager Paul Warne had promised to freshen up his side following their mid-week defeat to Luton and, among six changes, goalkeeper Viktor Johansson was brought in for his debut. 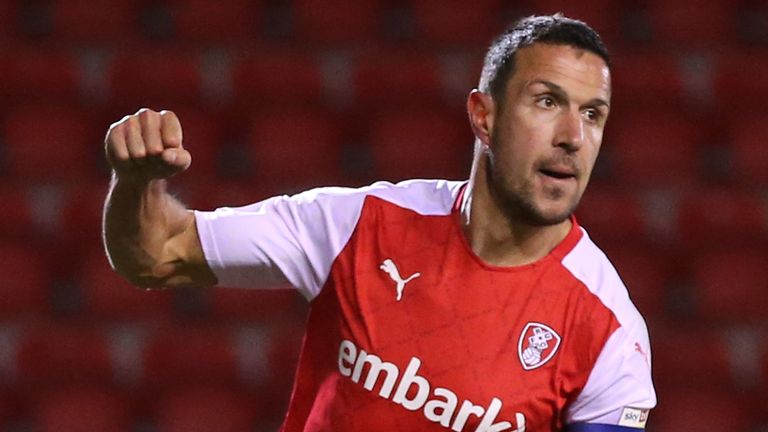 Daniel Johnson was the first to test the 22-year-old, the midfielder denied by the legs of the Swede.

Kyle Vassell then forced Declan Rudd into a strong save at the other end with a powerful free-kick from 25 yards.

Rotherham had enjoyed a strong spell before the interval and it continued after the break as Freddie Ladapo should have given them the lead.

The striker was picked out by a great left-wing cross from Ben Wiles but could only poke his effort wide from close range.

Veteran defender Wood showed more composure as he put the hosts ahead in the 53rd minute. His central defensive partner Michael Ihiekwe won a back-post header and Wood was on hand to smash past Rudd on the volley.

Preston needed a response and manager Alex Neil made a double change, bringing on Jayden Stockley and Tom Barkhuizen.

The pair were quick to combine when a neat touch by Stockley released Barkhuizen, but Johansson was alert to the danger and brave enough to win the ball fairly ahead of the striker.

Preston’s Paul Huntington also put his body on the line as he managed to block Wiles’ goal-bound effort after the Rotherham man had cut in and shot from the left flank.

And it looked like a crucial intervention as Preston equalised after 80 minutes.

A corner was cleared only as far as Ledson, who fired a shot beyond Johansson into the bottom corner from the edge of the area.

But Rotherham refused to lie down and a rampaging 70-yard run from Florian Jozefzoon was finished off coolly by Crooks in the 86th minute.