Rotherham v Derby is OFF as heavy snowfall forces the Championship match between the sides to be postponed AGAIN, denying Wayne Rooney’s side the chance to win four in a row

Derby’s clash at Rotherham this evening has been postponed less than an hour before kick-off due to a waterlogged pitch.

Ground staff had done well to clear the pitch after a deluge of snow in South Yorkshire, with heavy snow still evident around the playing surface and outside the stadium.

But at around 6.05pm, match officials made their way onto the pitch at the New York Stadium and carried out a pitch inspection after mass rainfall. 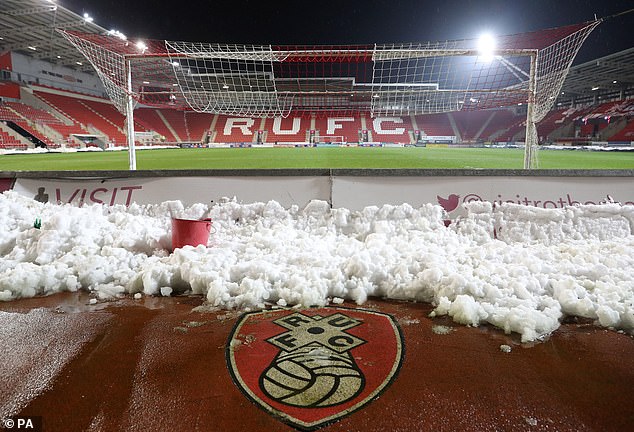 The ground staff cleared the snow, but the New York stadium pitch was deemed unplayable

The surface was saturated and a football would do well to bounce, while player safety may have been compromised.

A Rotherham club statement at 6.17pm, 43 minutes before the scheduled kick-off, read: ‘Club staff had worked throughout the day to clear the overnight snowfall off the covers at the Millers’ home but a late downpour of rain with more forecast for the evening has rendered the pitch unplayable.

‘The match officials were joined by both managers for an inspection of the playing surface at around 6pm, when the decision was taken to postpone the fixture.’

It is the second time that this fixture has been postponed at the 11th hour. On December 19, the game was called off due to a Covid scare in the Rotherham squad, with one Millers player testing positive for the virus and others displaying symptoms.

Wayne Rooney’s Derby had the chance to make it four wins on the bounce, which would have seen them move closer to the top half than the relegation zone.

The two clubs will be in contact to arrange a new date for the bottom-of-the-table clash. 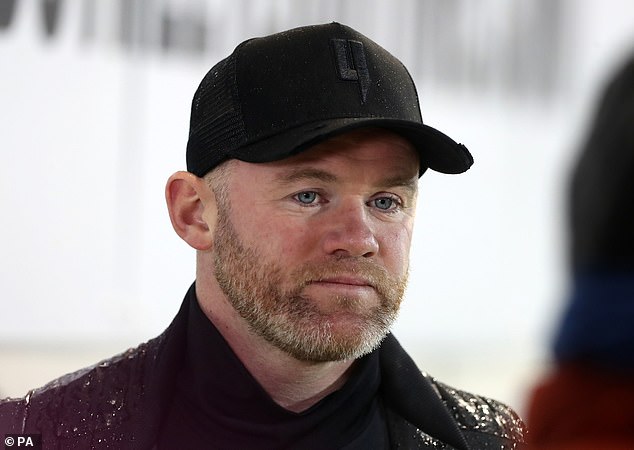