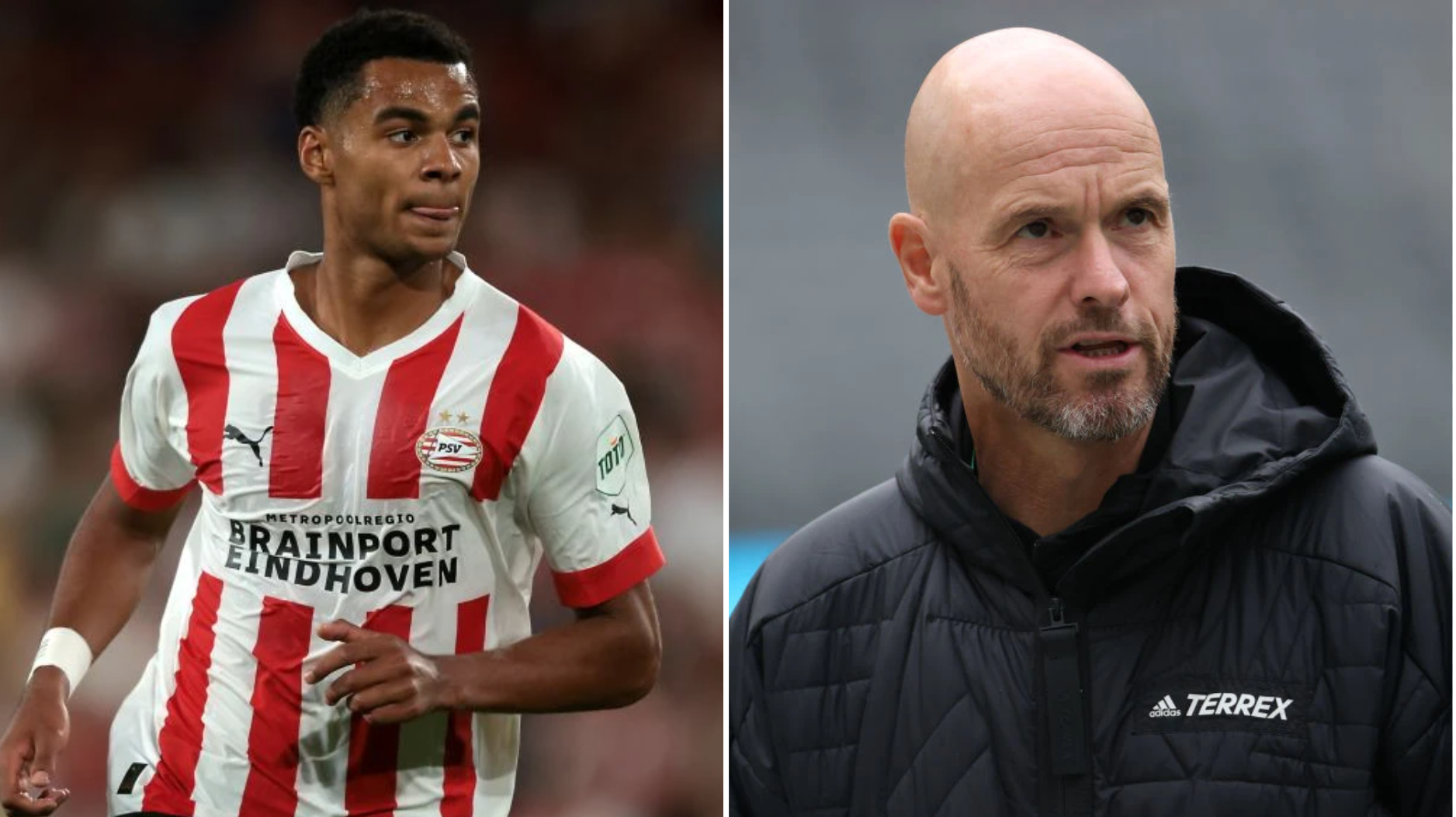 United are desperate to make additions in midfield and attack before this summer’s transfer deadline and have identified 23-year-old Gakpo as a cheaper alternative to Ajax star Antony.

Reports last week claimed the Premier League side are preparing a £35million offer for the versatile forward, who has welcomed interest from Old Trafford and suggested he would be open to the move.

According to Eindhovens Dagblad, ten Hag has been in touch with Gakpo to discuss the possibility of a move to United.

The publication reports however there has still been no official offer with Nottingham Forest the only side thus far to have made an approach.

With speculation over Gakpo’s future intensifying, former United striker van Nistelrooy, who was promoted to PSV’s head coach this summer, has praised his forward’s attitude, refusing to discuss a move until there is ‘something concrete’.

‘He keeps as far as possible away from that which causes noise in order to deliver a top performance,’ van Nistelrooy said.

‘Cody is 23 years old and that is not always possible at that age, but for me he is someone who is always busy with his profession.

‘They really know him. As a trainer I try to help him with everything he needs, but he has to do it himself in the end.’

On the possibility of Gakpo leaving PSV this month, van Nistelrooy added: ‘We will only talk about it when there is something concrete. We are working on his development as a player and how he can contribute to PSV.’

Gakpo’s future could hinge on PSV’s progression in the Champions League. The Dutch giants sealed a 4-3 aggregate win over Monaco in their third qualifying round clash this week and will now take on Europa League runners up Rangers for a place in the group stage.

Gakpo, who predominantly plays off the left wing for PSV but is also capable through the middle, is represented by Dutch agency SEG, who also advise Ten Hag.

Liverpool vs Newcastle prediction: How will Premier League fixture play out tonight?