Whatever happens this afternoon, Bukayo Saka will have some reason to celebrate.

The Arsenal winger turns 21 tomorrow, a day after the Gunners look to strengthen their position at the top of the Premier League with victory against old rivals Manchester United.

And yet there’s already been so much for him, his club and their fans to cheer about. Five wins in five. Saka has not got off the mark with a goal but has played his part, a key figure in a young, thriving dressing room. Only once before have Arsenal started a season with six wins — back in 1947 when they went on to win the league. 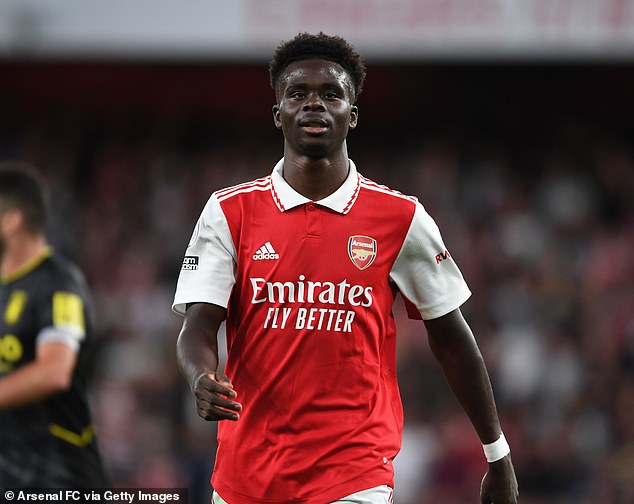 It’s too early to talk of title challenges but Saka admits the next target under manager Mikel Arteta is to challenge for silverware. ‘That’s my goal,’ he said. ‘The next step for us it to try to bring [the club] some trophies.’

How things have changed at Arsenal since he made his breakthrough as a 17-year-old under Unai Emery, as the club searched for an identity post-Arsene Wenger. ‘It wasn’t easy. It was the same at the start of last season when we lost the first three games,’ he says.’

He is too young to remember the glory days of the Arsenal-United feuds. He was only three when Roy Keane and Patrick Vieira clashed in the Highbury tunnel and less than eight months old when Sylvain Wiltord won the title at Old Trafford. 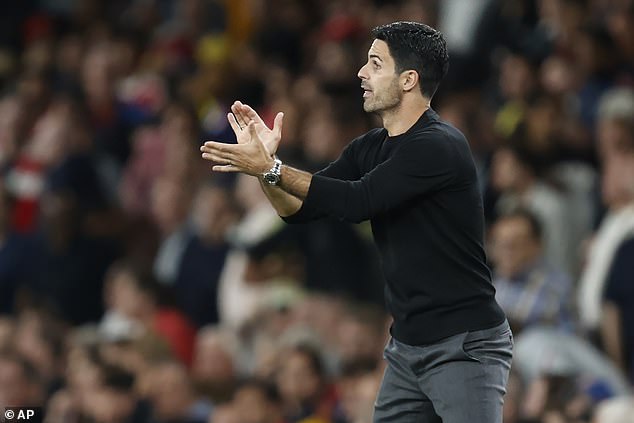 Mikel Arteta’s team have enjoyed a perfect start to the season, with five wins in five

Having been at Arsenal since the age of seven, though, Saka knows what it means. He’s seen the clips. ‘It’s a special rivalry,’ he says. ‘I’ve seen the games from before, with the big tackles and the fighting.’

In the documentary All Or Nothing: Arsenal, Saka tells his team-mates of the love he has received from fans and the time he was spotted in a supermarket, despite wearing a hoodie and a mask.

In the aftermath of the Euro 2020 final, when Saka’s missed penalty saw him suffer racial abuse, he again felt an outpouring of support and love. ‘The whole team bonded, the whole country bonded,’ he says. 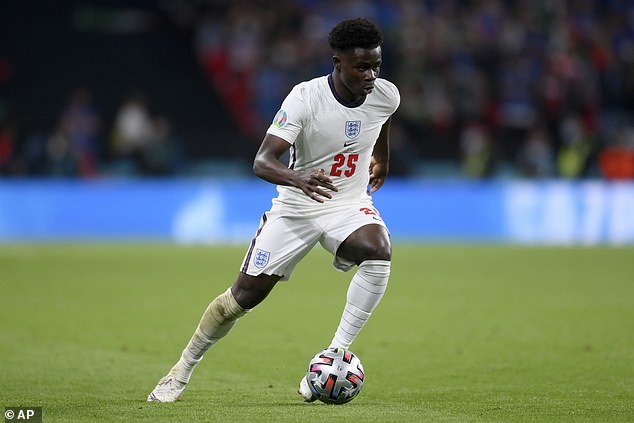 A young fan, Teddy, who’s featured in All Or Nothing, sent him his pocket money and Saka invited the boy to Arsenal’s home game against Fulham. ‘For the kid to do that for me, it means he values me a lot and I mean a lot to him.

‘For me to do something back for him is the least I could do. I remember being that kid looking up to people but I never sent anyone my pocket money!’

Saka is the first Arsenal player to win back-to-back player of the year awards since Thierry Henry after a phenomenal season and is expected to sign a new contract at the Emirates, a club where he ‘really feels loved’. 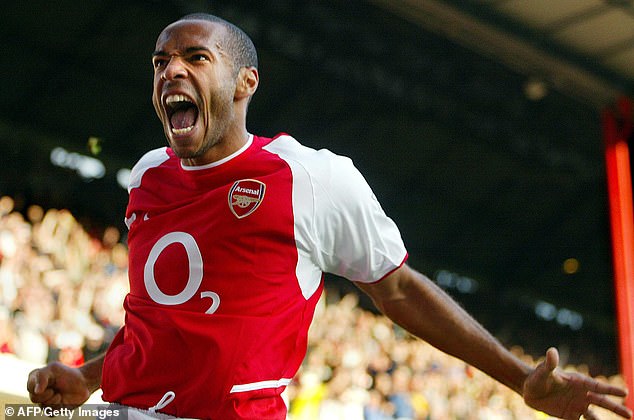 Who knows, maybe one day, he will have his own statue outside Arsenal’s stadium like Henry. Is that something he aspires to achieve?

‘There are not many people who can say they are an Arsenal icon or have a statue outside the stadium, so the answer to your question is definitely yes.’

He will celebrate his big day tomorrow with family and friends. ‘Nothing special,’ he says. There is one thing, though, that will make the day just that little bit better: ‘The perfect present would be a win over United.’