Perhaps it was not as far-fetched as it seemed when Benjamin Sesko claimed his Red Bull Salzburg team-mates told him he was even better than Erling Haaland.

Having coached both players at Salzburg (Haaland moved from there to Borussia Dortmund to Manchester City) former Austria international Aufhauser is well-placed to make the sort of comparisons between Sesko and Haaland that the Slovenian striker says ‘motivate me and give me energy’. 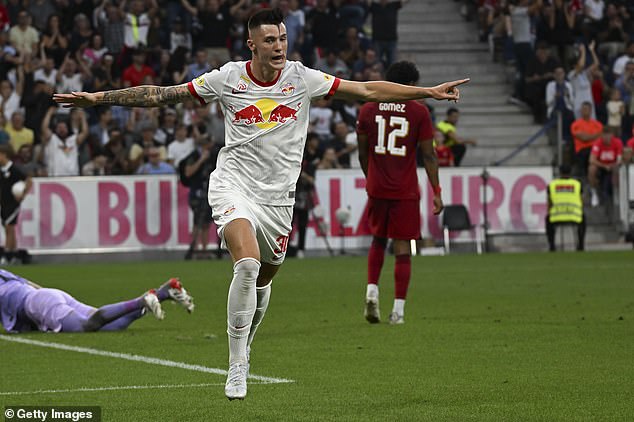 And 19-year-old Sesko — who faces Chelsea, one of his many summer suitors, in the Champions League on Wednesday night — already appears to have few weaknesses.

‘His natural movements are so good, he’s 6ft 4ins tall, fast and has very, very good physical ability,’ Aufhauser says, explaining that Sesko’s all-round sporting prowess — he played volleyball, tennis and basketball to a good standard when younger — are factors in why he is such a natural athlete.

‘He’s so smooth with the ball, very good technique, good finishing and he jumps so high. Very, very, good with the head. It’s unbelievable.’

No wonder some within Salzburg think he might be the best striker the club has ever had. 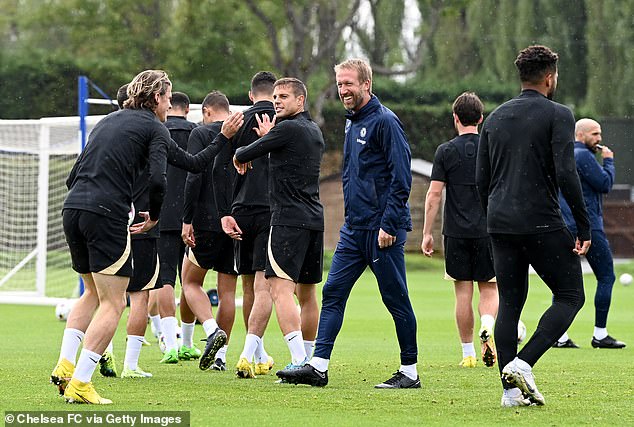 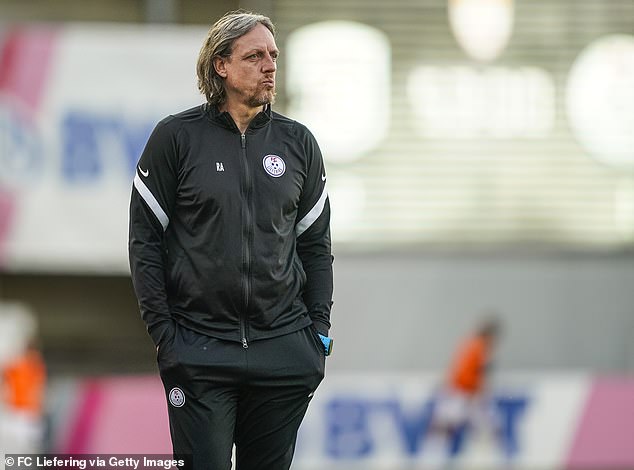 The last bit that Sesko needs to add to his make-up, Aufhauser feels, is where Haaland now excels.

‘Erling was mentally a monster and better at the same age,’ Aufhauser says. ‘This is the last five, 10 per cent that Benji has to get.’

Aufhauser fondly recalls how relentless and focused Haaland was in finishing sessions and the sheer number of chances he would convert even if his touch wasn’t perfect.

He remembers how, despite his height and power, Haaland used to ‘head the ball like a turtle, his one weakness at the beginning’ but worked like crazy to improve.

Disappointment did not derail Haaland, either. ‘If he missed a chance everyone had this feeling he didn’t care,’ Aufhauser explains. 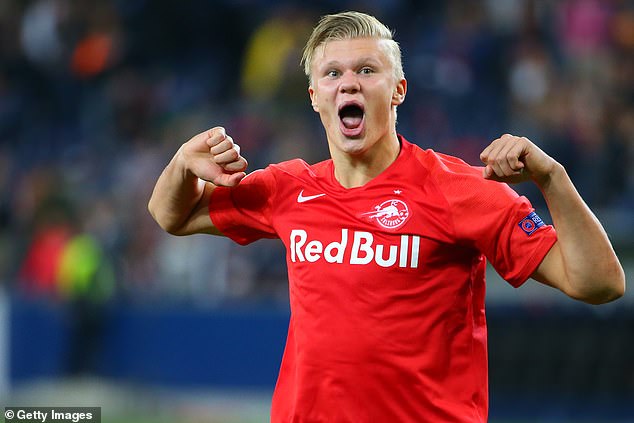 Sesko has been likened to Manchester City star Haaland, who spent one year at Salzburg

‘He was still in the game, focused and had so much self-confidence that he knew if he got another two chances, he would score once for sure, sometimes twice.’

Amid talk that all the noise around him may be distracting the youngster, Sesko has recently had a short spell out of Salzburg’s starting XI, the sort of period that may help him develop Haaland-esque resolve.

‘He needs experience at this level and also maybe to learn to deal with disappointment,’ Aufhauser says. ‘Sometimes he wants to be perfect. He has to stay cool, stay calm and wait for his next chance. This is maybe the biggest thing he has to learn in this year.’ 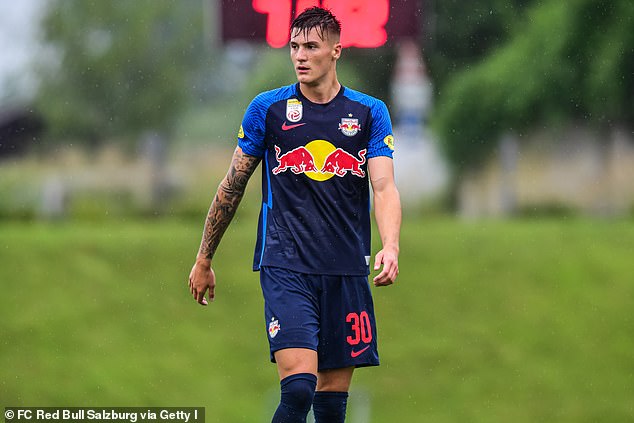 While that is for Sesko’s future, his first sessions with Aufhauser are an indication of what Chelsea will have to be wary of, whether he starts or comes off the bench.

‘I was Salzburg assistant coach,’ Aufhauser says, ‘and we did some training sessions together with our second team, Liefering, and Benjamin Sesko was playing there. He was 16 when he came into the first sessions. All the players from the (Salzburg) first team said, ‘Wow, what a physical player, what good movement he has’.

‘He competed with our centre backs like Maximilian Wober and Andre Ramalho, who is now playing at PSV. Both guys were very, very strong centre backs and had a lot of experience but they were really impressed by him, his physicality, desire to win and desire to win duels.’ 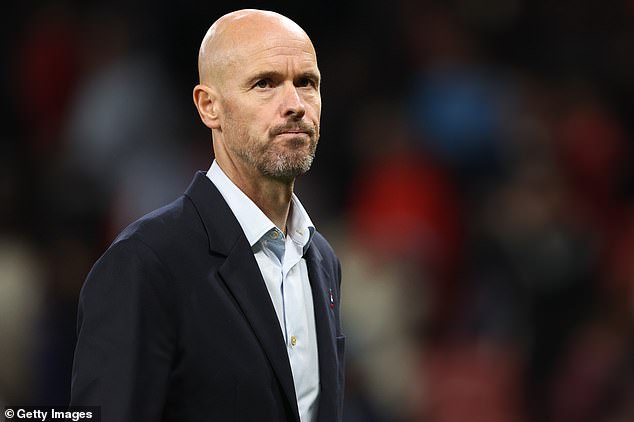 Liverpool’s defenders will know that feeling after Sesko tormented them in a pre-season friendly, capping his performance with the game’s only goal.

Speculation around the Slovenian intensified after that with Real Madrid, Manchester United and Chelsea among those keen to snap him up. Sesko instead opted to remain with the Red Bull group and will join Leipzig next year.

Aufhauser believes that is a logical next step, but also that a chance to see how Sesko stacks up against Haaland in England may come sooner rather than later.

‘He will develop in the next one or two years into one of the absolute top strikers in Europe,’ Aufhauser insists. ‘He has the potential to be the next very, very good powerful striker in the Premier League.’

Paul Pogba at Man Utd: The story of how Hollywood homecoming turned into a nightmare