SAMI MOKBEL: Jude Bellingham is already a world class midfielder and was breathtaking in England’s 6-2 win over Iran… at just 19, the Dortmund man could be the Three Lions’ talisman for years to come

Twenty years from now, when we deliberate over the identity of England’s greatest ever player – there’s every chance we’ll conclude that it’s Jude Bellingham.

That’s no exaggeration, nor is it an impulsive reaction to what was a breathtaking World Cup debut here at Khalifa Stadium.

It is just an obvious statement of fact; a realistic observation for an impressive young man who has the world at his feet. 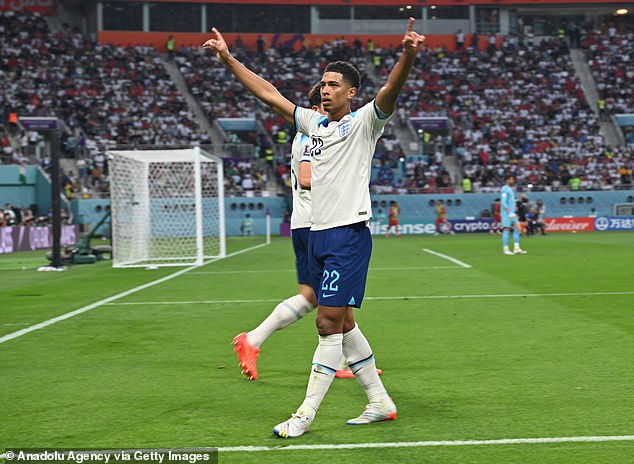 The box-to-box dynamism of Steven Gerrard, an eye for goal akin to Frank Lampard and the passing range of Paul Scholes. The total package. He knows it, too.

Not in an arrogant way, but in a manner that exudes the ultimate confidence in his ability.

Bellingham had just scored his first goal for England and it just so happened to arrive on his debut in the world football’s most famous competition.

Not that you would have known it judging by Bellingham’s reaction. There was no frenzied celebration; Bellingham – stoney faced – merely jogged off to the corner flag before raising his arms aloft to receive the adulation from England’s support.

Almost as if this was an everyday occurrence. It was the measure of a teenager who continues to show maturity way beyond his 19 years.

It was the mark of man – if we can call him that – who knows he belongs on the biggest stage of all. 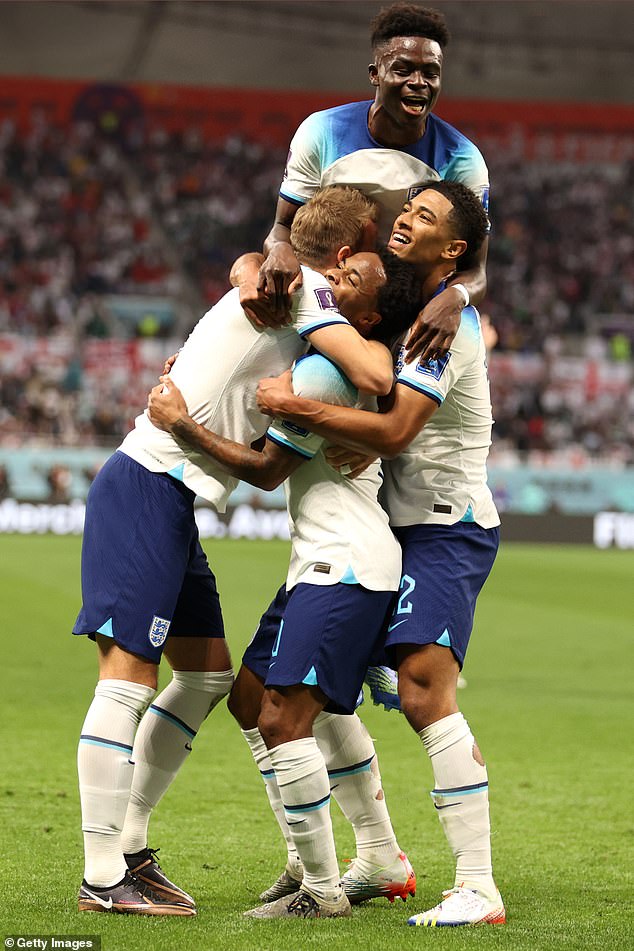 Lucky for us he’s English.

It wasn’t just his goal that set him apart here in Doha on Monday. Inside two minutes Bellingham was collecting the ball before arrowing a pinpoint 40-yard pass into Kieran Trippier’s path.

Moments later he was effortlessly evading the attentions of Iran’s midfield with a subtle drop of his shoulder before rapping another ball into Luke Shaw.

In the 55th minute, with the game already won as England poured forward in search of a fourth, Bellingham had the awareness and discipline to hold his position, in doing so thwarting what would have been a dangerous Iranian counter attack.

Later in the second half, he was filling in at centre-back as England were momentarily reduced to 10 men in the absence of Harry Maguire, who had limped off after taking a blow to the head. 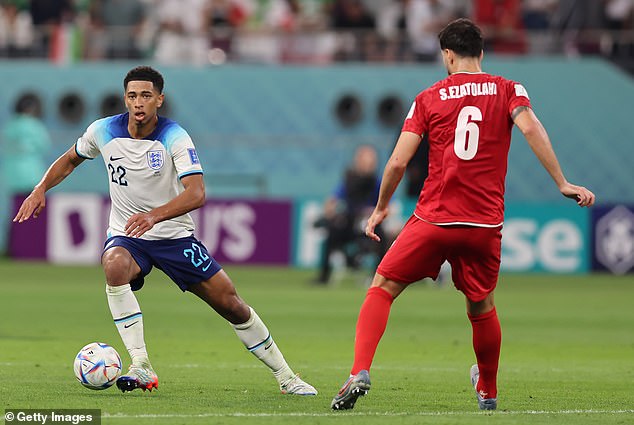 He displayed an impressive range of passing, worked hard and took his goal well

His goal, a superbly executed header that drifted past Iran’s hapless keeper Majid Hosseini, was simply the icing on the cake of a performance that will send should petrify every team here at the World Cup.

Not just for this tournament, either. Bellingham is England’s present and future – for at least the next 12 years.

It’s up to him how good he wants to be. But by all accounts, Bellingham’s young man who has his head screwed on – kept on the straight and narrow for his policeman father Mark.

You don’t make a success of move to Germany as a 17-year-old in the way Bellingham has if you have a tendency to lose focus.

His performance in England’s tournament opens will not have come as a surprise to European football’s top clubs. They know all about how good he is. They know how good he can be. 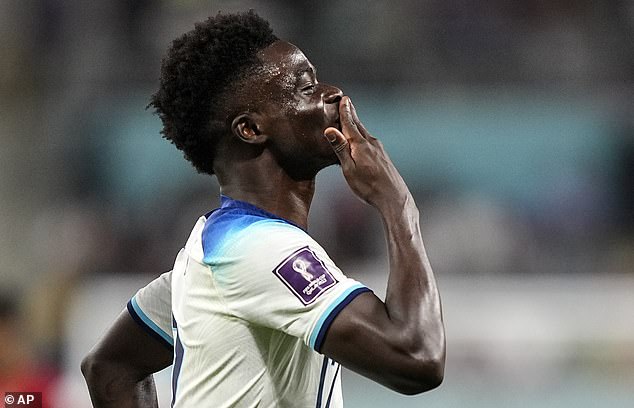 Bukayo Saka was another youngster to get on the England scoresheet, bagging a brace

Chelsea, Manchester City, Liverpool and Manchester United will all battle it out to sign Bellingham when Borussia Dortmund are finally ready to sell him, a moment which could come as early as this summer. Real Madrid are watching carefully, too.

He will come at a huge cost, surely in-excess of £100million – even more after what took place here on Monday.

But that’s all for the future, Bellingham’s present is helping England win the World Cup.

Can’t win anything with kids? Bellingham emphatically disproves that theory.

As does Bukayo Saka. As does Mason Mount. As does Declan Rice. As does Phil Foden.

These kids are more than just alright; they are world beaters – and Bellingham is arguably the best of the lot. 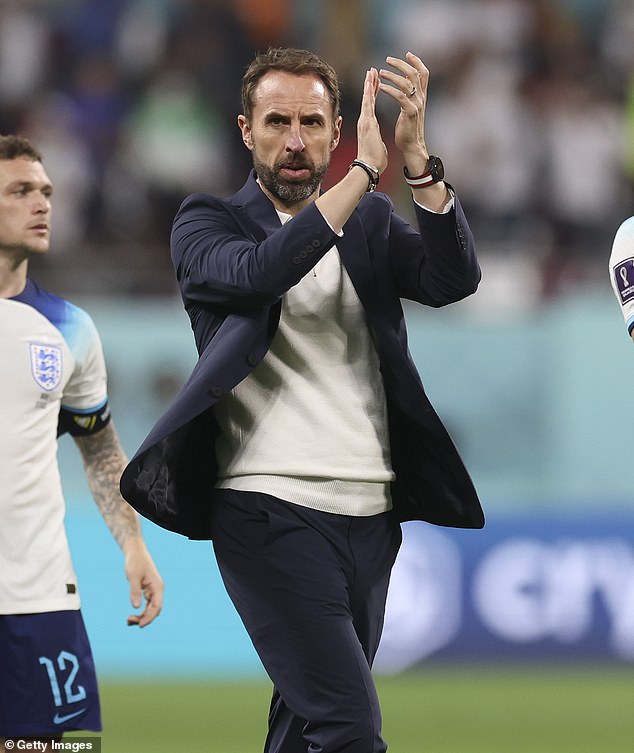 The pessimists will say we’re getting ahead of ourselves. They will say ‘it’s only Iran’.

Well, they’d be wrong. These kids are truly special. They may not forgive us for calling them England’s next Golden Generation – but that is exactly what they are.

If this World Cup is to be Gareth Southgate’s last hurrah then the guy that replaces him will have landed on his feet.

And in Bellingham, England have a supremely talented footballer who can lead England to history here in Qatar and beyond.