Chelsea have received a transfer boost in their pursuit of Samuel Umtiti after it has been reported that the Barcelona star would prefer a move to Stamford Bridge if he departs the Nou Camp. The 26-year-old was central to France’s 2018 World Cup triumph but has been hampered by injuries ever since, causing him to lose his first-team spot at Barca.

Umtiti has mustered just 31 appearances in all competitions over the past two seasons due to serious knee issues, and is now considered surplus to requirements by the La Liga champions.

However, the centre-back is still valued at £45million which is putting off potential suitors who remain wary of his fitness record.

The Daily Star claim Umtiti is not keen to leave Barcelona but intermediaries have let Chelsea know that they are his preferred option if he is forced to depart.

The report also states that Umtiti has already been offered to Arsenal and Manchester United before the Blues launched their enquiries. 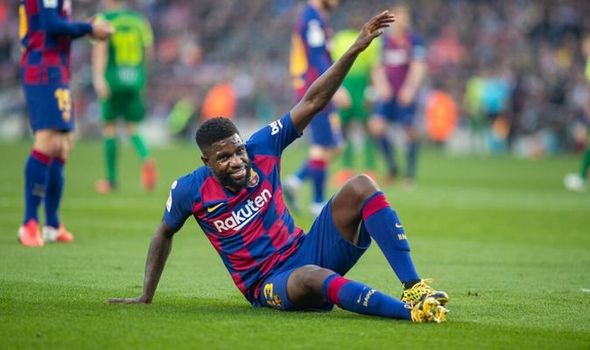 However, the Blues are still weighing up their options and are currently moving forward with their pursuit of Gabriel Magalhaes.

The Lille defender is only 22 and has an asking price of around £30m, making him a more attractive option than Umtiti.

But Chelsea face stiff competition for Gabriel’s signature with Everton leading a pack of clubs who are also pushing to snap up the youngster.

The Blues are therefore making contingency plans in case they miss out on the Brazilian, which include asking for information about Umtiti’s situation.

The former Lyon ace is under contract with Barcelona until 2023, but the Catalan club are willing to listen to offers as they aim to free up funds for a summer spending spree.

Chelsea are planning are similar attack on the transfer market with manager Frank Lampard promised a budget of £150m to improve his squad.

In addition to a new central defender, the 41-year-old wants a goalkeeper, left-back and striker as he looks to ease the pressure on his young players.

The Blues are still in the hunt for Borussia Dortmund star Jadon Sancho but the England international appears most likely to join Manchester United. 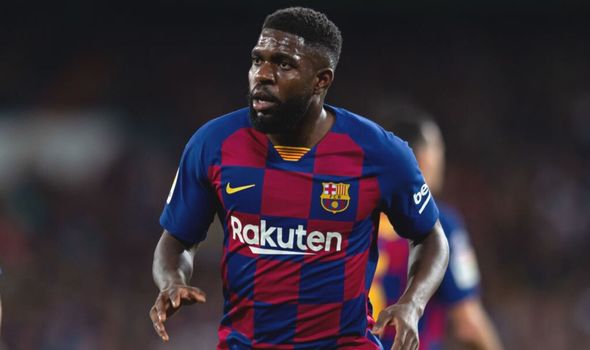 And Chelsea are one of several sides interested in Lille frontman Victor Omishen, while they have also been monitoring Lyon striker Moussa Dembele.

Meanwhile, interest in Ben Chilwell has cooled after Leicester slapped an £85m price tag on their star man so Alex Telles is now favourite to bolster the left side of the Chelsea rearguard.

And a host of high-profile goalkeepers have been touted for a move to Stamford Bridge but Gianluigi Donnarumma is currently the stand-out option ahead of Jan Oblak, Marc-Andre ter Stegen, Andre Onana, Manuel Neuer, Dean Henderson, Nick Pope and Juan Musso.

Elsewhere, one of Marcos Alonso or Emerson Palmieri is expected to depart while Willian, Pedro, Olivier Giroud and Willy Caballero are all out of contract.

Fikayo Tomori could also be sent out on loan next term while the futures of Andreas Christensen and Kurt Zouma remain unclear, meaning Umtiti’s potential arrival would be timely.