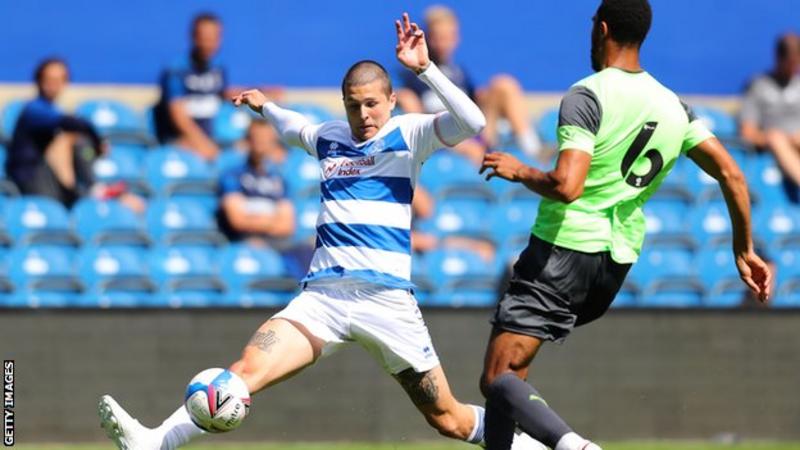 Australia-born striker Lyndon Dykes has been included in the Scotland squad for the Nations League matches against Israel and the Czech Republic.

Dykes, 24, was born on the Gold Coast to parents from Dumfries, and recently joined Queens Park Rangers after 18 months at Livingston.

The 22-year-old is on loan at the West Lothian club from Rangers.

There is, however, no place for Hearts duo Steven Naismith and Craig Gordon, whose season will not start until October.

Clarke also confirmed that US-based attackers Johnny Russell and Lewis Morgan were not considered because of quarantine rules.

Winger Ryan Fraser opted out due to a lack of fitness, having not played since early March after deciding to leave Bournemouth, while West Brom forward Matt Phillips has also been excluded.

Scotland Under-21 cap McCrorie re-joined Livingston on loan for this season after finishing last term with Gary Holt’s side.

He has kept two clean sheets in 12 games for the West Lothian team in 2020 while McLaughlin, who joined Rangers this summer, has registered four shut-outs in recent weeks.

Jon McLaughlin, David Marshall and Craig MacGillivray were the goalkeepers in Clarke’s last squad, but the latter has not played since January.

Marshall, who started Scotland’s last match against Kazakhstan in November, has joined Derby County and his club’s 2020-21 campaign does not begin until September.

Likewise, Craig Gordon will not start his season with Hearts until October and has not been selected.