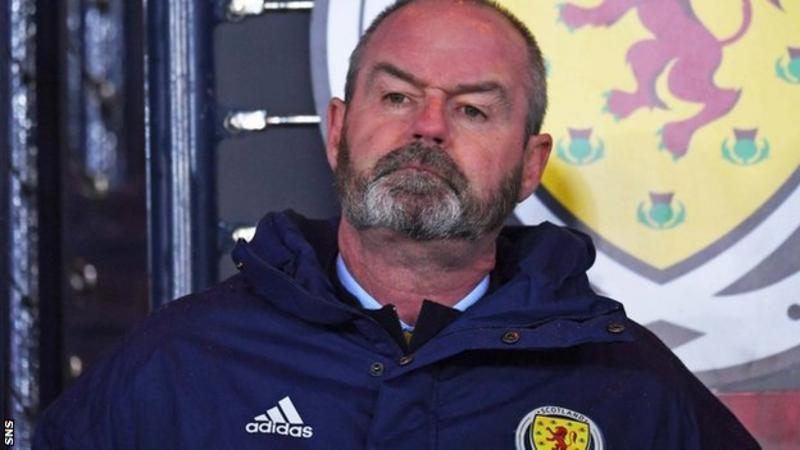 Scotland head coach Steve Clarke faces some problems old, some new and some typically dark blue as he ponders his squad for the international break.

His side host Israel in their Nations League opener on 4 September, visit Czech Republic three days later then take on Israeli again at Hampden in a delayed European Championship play-off on 8 October.

As Clarke prepares to name his squad on Tuesday, BBC Sport considers the five main questions for the 56-year-old.

The enviable problem of having to choose between two world-class left-backs had disappeared following Kieran Tierney’s injury absence.

However, it returns with a vengeance with rave reviews for the former Celtic man at Arsenal – and captain Andrew Robertson’s continued high levels with English champions Liverpool.

Stephen O’Donnell’s long wait for a new club could have opened a door at right-back for Tierney, although the former is now playing at struggling Motherwell.

Tierney has previously played for Scotland – and Celtic – in central defence and an impressive performance in Arsenal’s FA Cup final win over Chelsea could have nailed down that position with the national side. 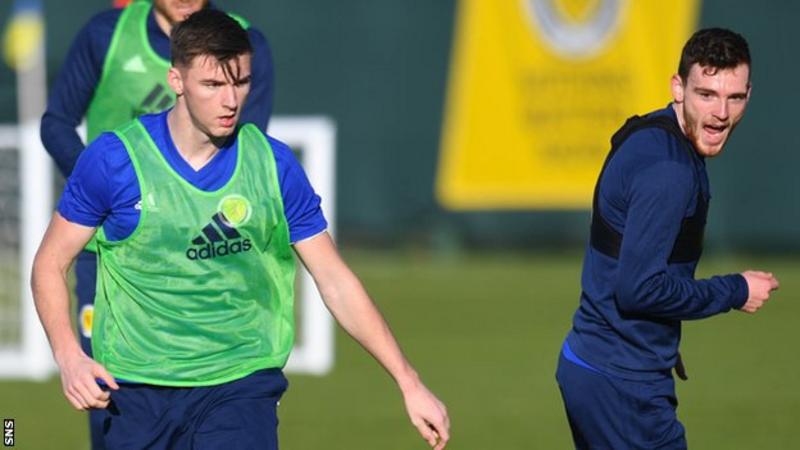 Who will play up front?

With six goals in Scotland’s last three games, Aston Villa’s John McGinn is the country’s new goal machine from midfield, but Clarke would love to find a regular scorer in attack.

Steven Naismith has shaken off his injury problems as he chipped in with a goal in the 3-1 win over Kazakhstan last time out, but the 33-year-old’s chances of inclusion have dwindled with Hearts not returning to competitive action until October because of relegation.

Eamonn Brophy had been on the Kilmarnock bench until Saturday, while fellow recent cap Lawrence Shankland has not played this season because of injury with Dundee United.

Oli McBurnie was integral to Sheffield United’s ninth-place Premier League finish, but he has yet to set the heather alight for Scotland, or in terms of goalscoring with his club – six goals in 42 games last season.

Clarke has used West Brom wingers Matt Phillips and Oliver Burke up front at times, but both have struggled recently for game time. Johnny Russell is a regular starter for Conference B leaders Sporting Kansas City in the restarted Major League Soccer, yet Clarke might think it is time for some fresh blood.

Lyndon Dykes has yet to reveal if he will choose to play for Australia or Scotland. Will Queens Park Rangers’ new signing be appearing in dark blue next month?

Who will be number one?

David Marshall has been the go-to goalkeeper for Scotland since Allan McGregor retired from international football and, although he suffered relegation with Wigan Athletic, the 35-year-old has secured his stay in England’s second tier with a move to Derby County. He will be favourite to start again given that veteran Craig Gordon has been left kicking his heels after leaving Celtic and joining Hearts.

However, Jon McLaughlin will be pushing for a start considering Marshall is in close season and the former Sunderland goalkeeper has had a run of four clean sheets after taking over from the injured McGregor at Rangers.

Third choice last time out, Craig MacGillivray, has not played for Portsmouth since January having fallen out of favour with manager Kenny Jackett after 82 consecutive games for the League One club. That could mean a recall for Scott Bain, even though he is now second choice behind summer signing Vasilis Barkas at Celtic, or a surprise call for Bobby Allain, the France-born Olympiakos keeper. 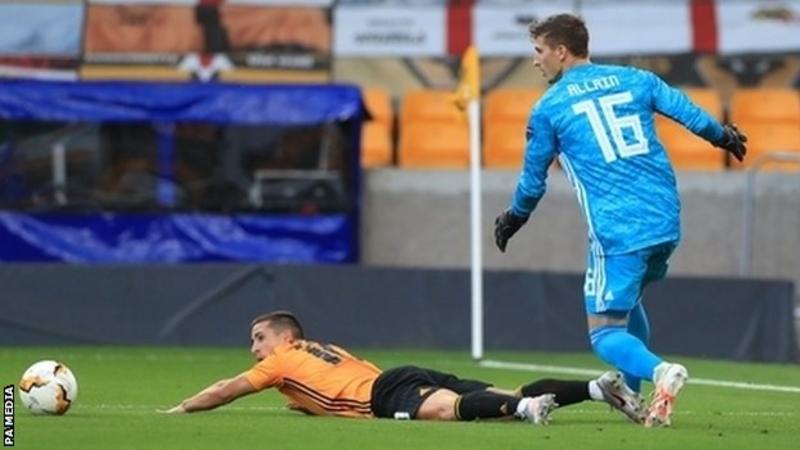 Any other left-field choices?

Legendary former Scotland forward Kenny Dalglish no less has called for Chris Burke to receive a Scotland recall after an impressive three-goal start to Kilmarnock’s season.

Clarke resurrected the 36-year-old’s career at Rugby Park after all, but it might be too much to expect the winger to add to the seventh cap he won in 2014 given the competition for places out wide.

Central midfield is where Scotland have greatest strength in depth, but how often have players moved to an Old Firm club only to immediately earn an international call-up?

Motherwell 21-year-old David Turnbull could argue his start to the season in an otherwise struggling team warrants a place in the squad even if a predicted move to Celtic does not go through, but he might have to wait given he was in the Scotland Under-21 squad announced last week.

Seasons out of kilter

With England’s 2019-20 season having restarted and finished, and Scotland’s equivalent halted and a new one started, Clarke like never before will have a squad full of players at varying stages of fitness and match sharpness.

It means a difficult choice in central defence between home-based players struggling for form, or feeling their way again after injury, and England-based alternatives out of season.

Then there’s Ryan Fraser. A proven match-winner at Premier League level but not having kicked a ball for Bournemouth since March as the winger seeks a new club.