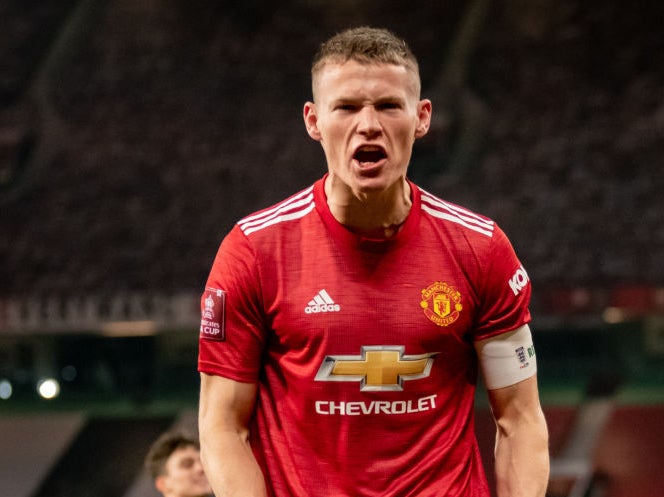 McTominay has picked up a habit of scoring early goals and got United off to the best possible start. After just five minutes, he stooped low to meet Alex Telles’ outswinging corner from the left and head the ball into the ground with enough force for it to bounce up towards the top right-hand corner, out of goalkeeper Daniel Bachmann’s reach, hit the post and nestle in.

Seven of McTominay’s 11 club goals have come in the opening 21 minutes of games and this goal – only a few weeks after that brace inside three minutes against Leeds – appeared to have set United up for a routine win. Watford had other ideas though, gradually growing into the tie, and Adam Masina would have equalised when United failed to contend with a Will Hughes free-kick had Axel Tuanzebe not cleared his goal-bound shot off the line.

But outside of Ismaila Sarr – an on-off United transfer target during the summer window –  Munoz’s side lacked the requisite quality to make good on their positive attacking play. United, on the other hand, always carried a latent threat and sparked into life with one move at the end of the first half. A delightful Donny van de Beek backheel played Juan Mata in behind but the onrushing Bachmann was equal to his effort, blocking with his legs.

Another piece of assertive goalkeeping at the opposite end forced United into an early substitution. Dean Henderson had not meant to knee his own team-mate in the head while coming to collect a high ball but that was exactly what he did. Bailly did not need the aid of a stretcher to leave the pitch but from his dazed expression, it was clear his night was over. Harry Maguire played the final minute of the half in his place. 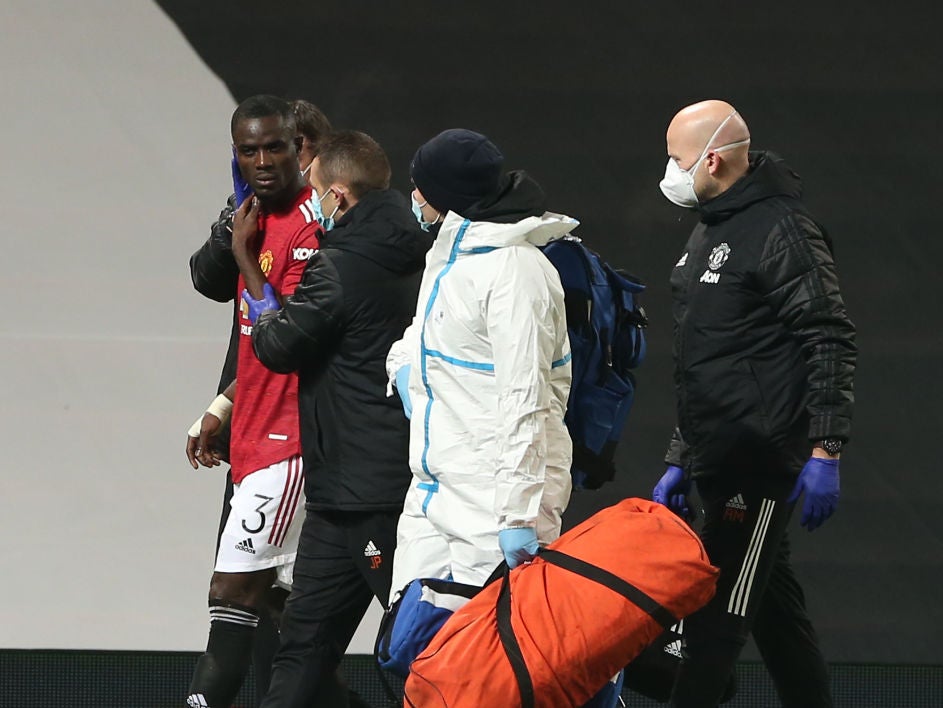 Eric Bailly is taken off with injury

It was terrible luck for Bailly. The one question hanging over his recent renaissance was whether he could stay consistently fit for the first time in three years or more. Though this may not be the type of injury to leave him on the sidelines for weeks or months, it deprived him of another opportunity to slowly and steadily rebuild his Old Trafford career. He cannot catch a break.

The second half followed the same pattern as the first, only with less happening. United still struggled for fluency in attack with Mason Greenwood isolated as their lone centre-forward and, though that was not particularly his fault, it was no surprise to him replaced as part of a double substitution which saw both Rashford and Martial introduced. It was a risky change, given how important the next week will be to United’s title aspirations, but Solskjaer needed to find inspiration from somewhere.

Aside from one Rashford drive down the left, bypassing substitute Ben Wilmot and forcing a low save out of Bachmann, it was not forthcoming. Led by Maguire – who had taken the armband from McTominay upon his introduction – the defence comfortably beat away Watford’s limp and late attempts to force extra time until the final whistle eventually arrived. This was not a vintage performance but then it did not need to be. There will greater, more significant tests in the coming days.