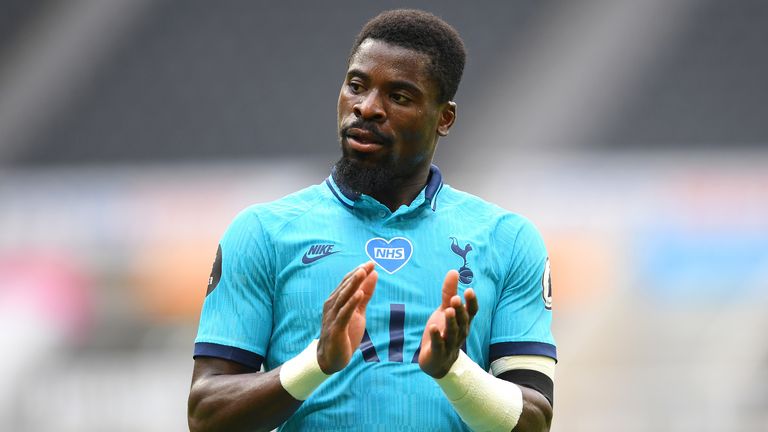 The Ivory Coast international has two years left on his Spurs contract and it is thought they are willing to do business to fund other targets.

Aurier joined Tottenham from Paris Saint-Germain in August 2017 for £23m but was omitted from the starting line-up for the opening matches of last season under Mauricio Pochettino.

The 27-year-old flourished under Jose Mourinho when he took over but may still be allowed to leave for the right price.

Another right-back option, Kyle Walker-Peters, has already left the club after last season’s loan move to Southampton was recently made permanent.

Mourinho has strengthened his squad in the centre of defence during the transfer window, however, with Pierre-Emile Hojbjerg signing from Southampton for £15m in a separate deal on the same day Walker-Peters headed in the opposite direction.

Promising 21-year-old centre-back Japhet Tanganga has also committed to the club after he signed a new five-year contract in July.