The goal showed a touch of class but the celebration said more than any words ever could.

There was only one thing on Sergi Canos’ mind when he brought Josh Dasilva’s raking pass out to the left flank under control just after the hour mark when Brentford welcomed Blackburn to west London on December 5 last year.

He ghosted his way out of trouble on the way into the box, rode the challenge of Joe Rothwell and, with the sweetest of strikes, found the top right corner with a piledriver that no goalkeeper could have kept out. 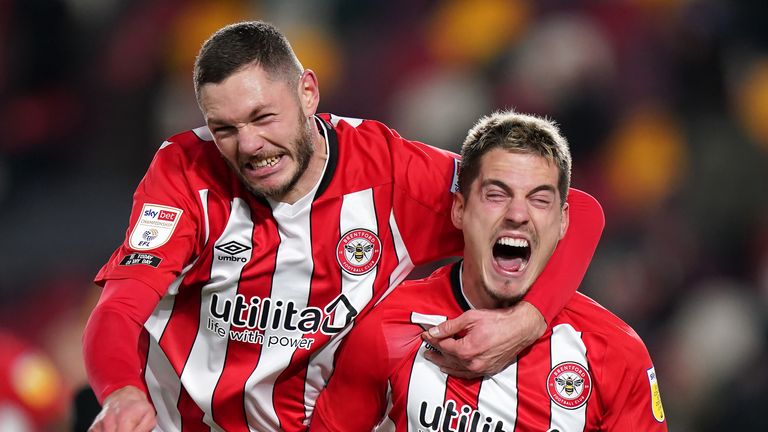 The Spaniard shirked off the elated Henrik Dalsgaard, sprinted to the corner flag and sunk to his knees with visible tears of joy, before his team-mates piled on.

His first goal in more than 18 months sparked an outpouring of raw emotion. It was not only the reward for the endless hours of demanding recovery work that followed a serious knee injury sustained in October 2019, but also a release of pressure as the games ticked by without any form of goal involvement.

“It was a relief. It was like ‘finally’,” the 24-year-old explains in an exclusive interview with Sky Sports.

“I think I was playing well but for strikers and wingers, it’s all about numbers and how many assists and goals you have. At that time, I had zero goals and zero assists. I knew I was doing well and that things were working, it was just the numbers that were not there and after a long time out, I was suffering a little bit, you could say.

“I’ve always believed in myself but it was hard. I always thought that the injury was a blessing and that it had to happen for me to realise some other things. 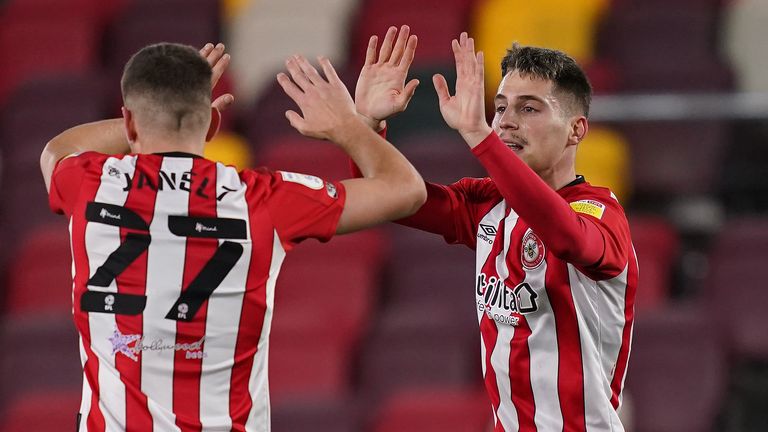 “I believed I would come back even better but the time when you are finding that form again is frustrating and it frustrates other people too because they want to see you at your best.”

The frustration of others no doubt fuelled the celebration that night against Tony Mowbray’s Rovers, too. As Canos struggled creatively after his return to action last July, a sense of impatience arose on social media and quickly filtered through to its target.

“I’m not going to say it didn’t affect me because I was aware of it because we all have social media,” he says. “I respect all of the criticism and everything; I understand that football is big and we want to achieve something big so our standards have to be even bigger. 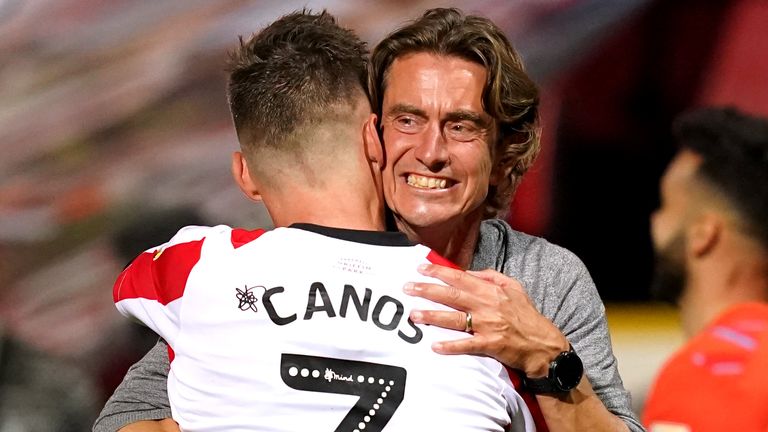 “Normally, when you are not injured, you are playing and you manage that criticism during the season, but because I was going from zero to 100, it did affect me a little bit because it wasn’t only coming back from injury, it was also handling that pressure and that criticism from everyone. It was quite shocking because it was all at once. It didn’t help me, I’m not going to lie.”

The negativity has subsided somewhat since then and he has chalked up six goals and six assists in 41 appearances in all competitions, including a sensational 23-minute hat-trick as Brentford came from behind to beat Cardiff 3-2 on Boxing Day.

During his short career to date, Canos – who spent his formative years in the academies of Barcelona and Liverpool – has endeared himself to so many and it is easy to see why when he, unashamedly, wears his heart on his sleeve and thrives off the energy and passion of a paying crowd. In the year that has elapsed since fans were last permitted into stadiums, he has felt their absence more than most.

“It’s so boring playing without fans and we want our fans back as soon as possible. In my opinion, without fans, I don’t get to my best, so I have to improve. That’s not good. But it was the first game with fans [when I scored] and I think that they really helped me and got me going.

“Everyone at the club has always showed so much belief in me, so that made me believe in myself even more. Thomas Frank, [assistant head coach] Brian Riemer, the physios and everyone has helped me to come back to my best. I don’t think I’ve got back to my best yet; I think there is a lot more to come.”

Given his age and the fact he missed 10 months of an extended 2019/20 campaign, it is quite remarkable that Canos is just six appearances away from his 200th for the club. “Everyone knows how I feel about this club and to reach 200 appearances with this club is massive. I’m so proud,” he adds, candidly.

With all being well, he should surpass that figure, too, as the Bees attempt to go one better than they did last season, having lost the play-off final to neighbours Fulham in extra-time at Wembley.

But whatever fate lays ahead for his side, after his journey to this point, it is clear to see that just being able to play a part genuinely means the world.

“Last year I was on my sofa watching the boys and now I’m either in the starting line-up or on the bench ready to come on. The feeling is unbelievable.

“When I was sat on the sofa, I was dying to even be on the bench knowing that I wasn’t going to come on just to be able to enjoy it with the boys after the game! It was frustrating but I keep those moments in the back of my head because when good things happen, I enjoy it more.

“We are working really hard and it’s every day that counts. There are plenty of games to play and plenty of positives to take. We are taking it one step at a time.”