Aguero had been set to make his first start since October in Sunday’s FA Cup third-round tie against Birmingham, but was absent from City’s matchday squad after having come into close contact with some who later tested positive for Covid-19.

The Argentine has so far tested negative for the virus.

The 10-day isolation period Aguero will face means he is set to miss home league fixtures against Brighton on Wednesday and Crystal Palace next weekend.

“Unfortunately Sergio Aguero was in contact, more than usual, with a person who is (Covid-19) positive so he isolates for a few days,” City manager Pep Guardiola said after the 3-0 win over Birmingham.

“He is negative and he is negative now too, but the protocol says if we have been in contact we have to isolate.” 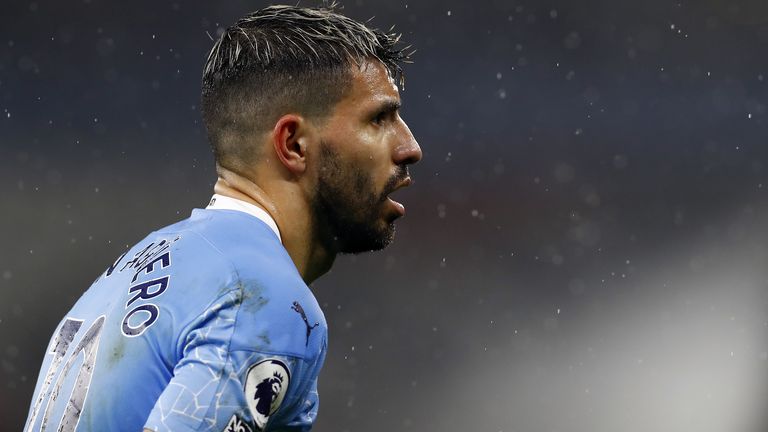 Aguero’s isolation comes as Manchester City continue to get players back following a coronavirus outbreak at the club, which began with Kyle Walker and Gabriel Jesus testing positive on Christmas Day.

Aguero missed the end of last season, including City’s involvement in the rearranged Champions League knockout stages in August, and the start of the current campaign after undergoing knee surgery.

PEP 💬 Unfortunately @aguerosergiokun was in contact, more than usual, with a person who is (COVID-19) positive so he isolates for a few days.

He is negative and he is negative now too, but the protocol says if we have been incontact we have to isolate.

His comeback has been complicated by further discomfort in the knee and a hamstring injury and he has made just nine appearances – and scored two goals – this season.

However, the Argentine had made five substitute appearances in his latest return, and Guardiola said the club’s record goalscorer was pushing for a return to the starting line-up.

After the win over Birmingham, Guardiola also said defender Aymeric Laporte trained alone for the first time on Saturday after suffering from a hamstring problem.

A run of three successive Premier League victories have taken Guardiola’s side to within four points of leaders Liverpool, with two games in hand on the title holders.

City have also booked their place in April’s delayed Carabao Cup final, against Tottenham, and will resume their Champions League campaign in the round of 16 against Borussia Monchengladbach in February.